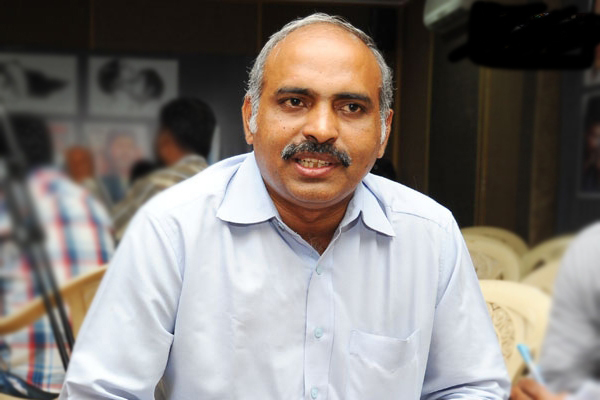 “Migrating to a foreign land, without proper knowledge and preparations, is always unsafe at a time when there are many vultures ready to prey on potential migrants, who are unaware of pros and cons of migration,” said Suneel Kumar Reddy, the filmmaker, who has already visited Qatar, Bahrain, Oman and the United Arab Emirates (UAE) as part of his movie making.

Titled ‘Gulf’, the movie is aimed to be an educative one for potential migrants, while also exposing the traps laid in the process of migration.

“However, my movie is not [to] show the Gulf countries in a bad light,” Suneel said.

“As part of the research to make my movie, when I posed as a potential migrant who is looking for an opportunity to migrate, at least a half-a-dozen agents approached me with luring offers, which were hard to believe for me. However, innocent people may get trapped,” Suneel said.

Suneel, who believes in extensive research before starting a film has also created the email [email protected] to receive real life stories for his movie.

“Have received more than 90 experiences through email. Have to short list it in the coming days,” Suneel added.

Suneel’s movie aims to focus on both positive and negative aspects of those who have migrated.

“There are about 200,000 people from the south Indian state of Andhra Pradesh and Telangana who work in Gulf. The movie will bring out the experiences of women who have been to the foreign country in the hope of supporting their families working as maids or labourers. Unfortunately, they have been exploited and suffer endlessly at the hands of their employers,” says Suneel.

As per Ministry of Overseas Indian Affairs figures from January 2015, over 7.2 million — or a quarter — of the total overseas Indian population of 28 million lives in the six Gulf countries of Bahrain, Kuwait, Oman, Qatar, Saudi Arabia and the UAE.

Out of the 28 million Indians, more than 90 per cent are either blue-collar workers or mid-level earners.

Under his banner of Sravya Films, the movie is structured such that it stitches up multiple stories or a “collage of experiences” to tell the story of the Indian migrant who comes to the Gulf “with a lot of dreams and expectations, and the realities he faces, the lessons he learns, and what he finally feels, which is also what the audience will leave the theatre with.”

Suneel started his film career in 2001 by making a silent movie, which portrayed the woes of a hearing impaired couple. So far, Suneel has made 14 films is more interested in portraying the naked truth of life and society. Suneel, who has bagged 18 awards in India for his filmmaking, believes that real life stories, if conveyed in a narrative style on silver screen, can convey the most effective messages.

“When we add a little fiction it is well received,” said the director, who has received numerous opportunities to screen his films at international festivals.

Suneel’s 2009 movie 'Swantha Ooru', which was well received, was also about migration.

“That movie was about how people were forced to leave the place they grew up in due to industrialisation and commencement of special economic zones. Internal migration is a big problem in India now,” he added.