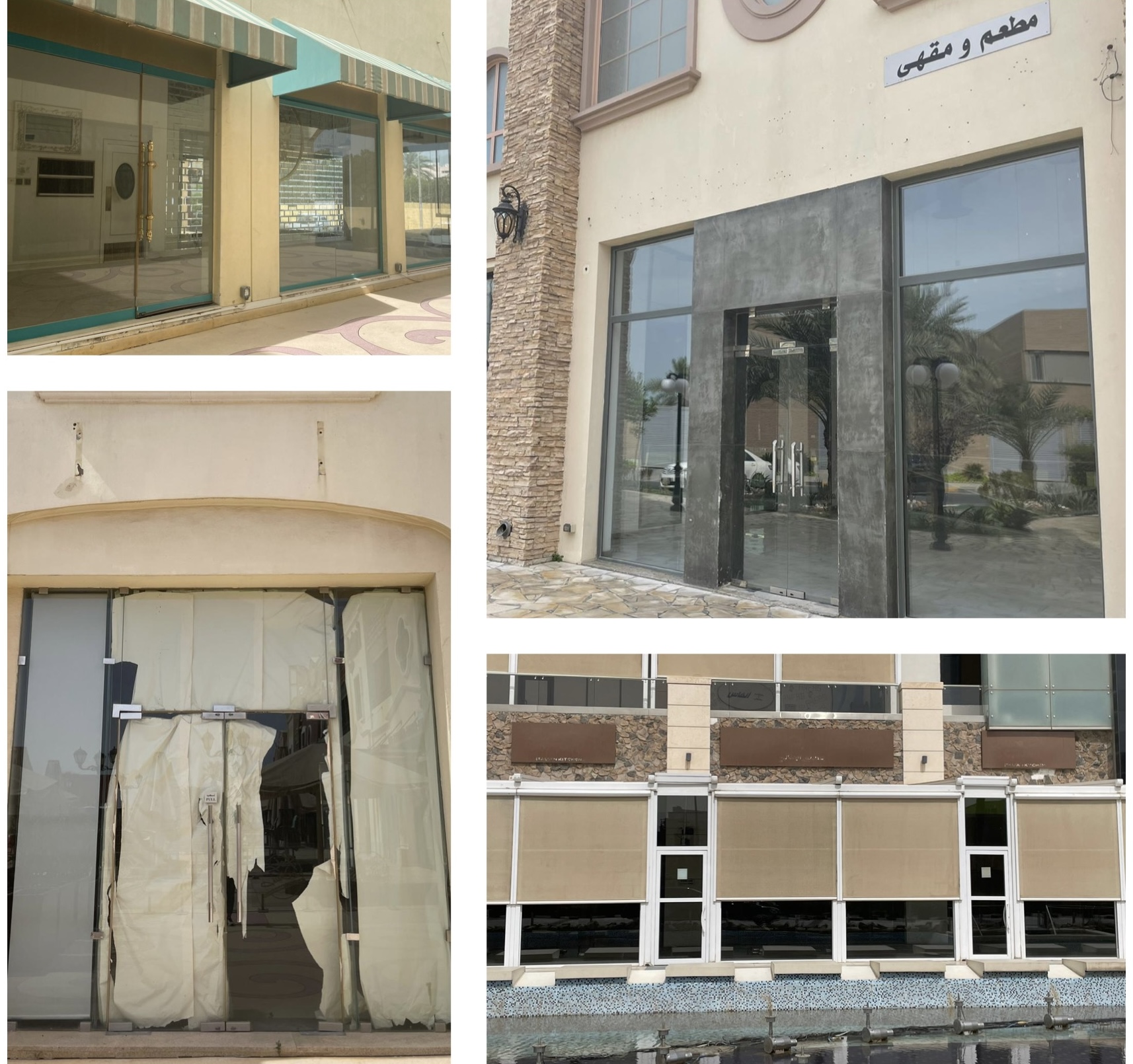 As Kuwait attempted to contain the spread of COVID-19, authorities imposed a number of restrictions including lockdowns, curfews and banning certain social activities. The already struggling Food and Beverage (F&B) sector was hit hard, with operations suspended or restricted multiple times since the start of the pandemic.

While many restaurants and cafes adapted by providing frozen meals and DIY kits, they still faced huge losses. Despite the pandemic’s severe impact on many Small and Medium Enterprises (SMEs), the government did not provide financial assistance to the sector until last month, when parliament voted in favour of a draft bill to postpone loan instalments for business owners.

Migrant workers employed in F&B have been the most affected, with many let go or going months without wages.

On 12 March 2020, the F&B sector witnessed the first wave of restrictions when the government barred indoor dining. The ban, which lasted until August, resulted in several restaurants closing or sizing down.

Hari Neupane, a Nepali migrant worker who formerly managed a franchise restaurant, explained that around 52 retail outlets all owned by a large conglomerate (80% of which are part of the F&B sector), were forced to shut down during the first few months of the pandemic. Over 1600 workers were affected overall, including those at his restaurant.

“I tested positive for COVID in May and then when I went back to work after I recovered I found out that they had terminated me,” Hari said.

He then started working at a café but was soon let go because they were not able to transfer his visa. He found another cafe, but it paid so little he could not stay on for long.

Unsure if he will find another job before his previous employer files an absconding case against him, Hari says, “the problem is that it is hard to find a company willing to hire a manager or supervisors because they are cutting costs and looking for employees that require lower salaries. So if I do not find a job in a few days I am going to have to leave Kuwait after working here for 15 years.”

The legality of salary reductions has been an ongoing debate amongst Kuwaiti lawyers. In August, Kuwait’s parliament rejected a draft law that would allow businesses to reduce salaries by up to 50%. Courts have not yet addressed the issue either, largely due to the protracted complaints procedure.

James, a Filipino cook working for a local restaurant, was one of the many that received a large salary cut. Between March 2020 and June 2020, all the employees received only KD25 (US$83) a month, a massive reduction from the contracted KD235 (US$780). “During those four months, I had a hard time paying rent so I had to borrow money from my friend. Also groceries and food, I would get from aid groups or from donations.”

Like many other workers, James was most concerned about his family back home in the Philippines as he is the main breadwinner.

Once the restaurant began to cut salaries again and reduce workdays, James decided to leave. He recently found work at a new company.

By July, the Public Authority of Manpower (PAM) announced that companies that do not have a salary certificate, proving they have paid their employees their full salaries, can not hire new employees, or renew or transfer their license.

Lucas, a Filipino working at a UK franchise restaurant, was not paid his salary at all between April 2020 and June 2020. He and his colleagues were paid the full three months only after there was a change in ownership.

“When the new owner took over that is when we received our salaries. We were not sure who the money came from, whether it was the old owner or the new owner,” Lucas said.

While it is unclear what exactly happened, it is likely that in order for the previous owner to transfer the company to the new owner, they had to pay all due salaries before submitting the paperwork to the PAM, in order to receive a salary certificate.

While employees have the right to file a complaint against their employer, the process is riddled with challenges.

In theory, if an employee wants to file a complaint they must go to the Ministry of Social Affairs and submit a request. Then both parties involved are called and the Ministry attempts to resolve the case. In the instance that the employer does not show up or does not settle, the case is then transferred to the labour court (a specific branch in the court that deals with labour disputes). The case is then reviewed by the judge and in most instances, the employee wins or the matter is settled.

But in practice, most complaints are never even filed for a number of reasons. First, many migrant workers are unaware of their rights and are afraid of backlash. Ann, a member of Sandigan Kuwait, pointed out that many workers do not file a complaint because they are intimidated by the employer. “If the employer knows that a complaint is filed they will talk the employee out of it and give them false promises so that they can drop the complaint,” she said. Ann added, “also many are afraid because they are worried that the employer will kick them out of the accommodation or that they will not receive their pending salaries or end of service payment.”

As for those that do file a case, in Ann’s experience, they usually have to wait a few months before the claim is resolved. Cases that are referred to the court take even longer to resolve, with the final ruling often issued a year or two from when the case was first filed.

The pandemic has only further slowed this process.  The government has set up an online system for workers to file complaints, but many migrant workers are not using the system and instead are showing up in person to the Ministry. Only some are lucky enough to file a complaint depending on how busy the day is, and the officials they encounter.

Although many restaurants and cafes took advantage of the situation and exploited workers, some owners did their best to ensure employees were protected despite the huge losses they incurred.

Lujain Al Fulaij, the owner of Singapura restaurant, explained that the pandemic drastically affected her businesses: once the first curfew was put in place on the 22 of March 2020, her sales dropped by 60%.

From a previous report:

A Nepali assistant manager of an international pizza chain in Jabriya was scheduled to take his annual vacation on 15 March 2020. He advanced his tickets to 12 March as there was talk of closing the Kuwait airport. He was supposed to return on 1 May.

“I had terrible back pain as I used to work extra hours and be on my feet for long hours. The break was supposed to help me relax. But I could not return. At first, my company said I could apply for home leave for four more months, and that I would be paid 20% of the salary. However, this was rejected, and on 3 June I was told I was being terminated.”

He had paid three months of rent (KD120 –US$390 – a month split with his roommate) for his apartment, and all of his personal effects, education certificates, and valuables were left behind.

“My friends packed everything and moved it out. But I have to go reclaim it. I also had a plan to finish 10 years of service so that I will get my 100% indemnity (one month salary for every year of service). But, now I will get far less… I don’t even know how much.”

Though his visa is valid and his company has said he could return and apply for a job transfer, and receive his final settlement, the costs of one-way travel are prohibitively expensive.

While the company can still pay his final settlement, it will only be paid into his Kuwait bank account. “And to withdraw internationally I will lose more money. I have no choice but to make a trip back.”

Once the full lockdown was imposed, Al Fulaij was forced to cut salaries as the restaurant was barely getting any orders, though she still needed to cover rent, pay salaries and the supplier. “It was actually the staffs’ idea. A few of them came to me and suggested that we do a salary cut. So I sat down with the team and I asked them all to write down how much they needed for rent, food and necessities. Then based on that I calculated how much to cut to ensure that they had enough to cover their expenses and some more to send back home to their families.”

Just as restaurants and cafes slowly started to recover from the financial shock of the pandemic, on 22 February 2021 the government again announced the closure of all dining until further notice.  With a partial curfew also in place, many restaurants and cafes are operating on limited hours. Again, migrant workers again are bearing the brunt of these restrictions and experiencing further wage cuts.

Many companies have reissued a “No Work, No Pay” policy, stating they will only pay employees for hours worked — rather than their contracted monthly salary.

Lucas explained that he did not mind the No Work No Pay policy because other companies are also implementing the same practice. He also pointed out that he is only working four days a week until 4 pm daily as the restaurant closes before the curfew as it is located in a mall.

As for Singapura, Al Fulaij decided to bring back the food distribution programme they launched at the start of the pandemic. “The previous food aid not only helped those in need, as we distributed 10,000 meals but also boosted the morale of the staff. So we decided that we are going to bring it back for Ramadan,” she said.

The next month will be unpredictable in the F&B sector as the ban on indoor dining is still in place and those that do not have a permit can not deliver after the 7 pm curfew. If restaurants and café continue to remain shut, more migrant workers are going to suffer financially and likely leave Kuwait for good, without their dues.

In order to ensure that migrant workers are protected in the future if a similar crisis arises, Kuwait should implement a social protection programme to safeguard against salary cuts and withholding of end-of-service benefits. In addition, PAM should clarify workers’ rights and employers’ obligations during this tumultuous time, and ensure that wage theft and other exploitative practices are appropriately punished.