Lebanon’s hold over the most vulnerable of its migrant workers, those in domestic work, has tightened in recent years. But this hasn’t stopped an increasing number of them from joining the recently formed union to fight for their rights.

Step It Up is a year-long campaign encouraging ratification of the Migrant Worker's Convention in 2015. The convention guarantees basic rights to migrant workers and addresses the particular vulnerabilities of domestic workers, migrant children, and those trapped in forced labor.  Lebanon has not ratified or even signed the Convention, and continues to implement policies that violate the dignity and rights of migrants.

May 1 and May 15 are important dates; the first is a globally recognized holiday celebrating the history of the labour movement and the rights of labourers. These include the right to work, to mobility, and to organize and freely associate.

The second is evidence of why the movement lives on, that there remains a pressing need to realize and protect the labor and human rights of all workers, including migrants.

May 15 big day for Renuka Irangani and her husband Jagdish Kumar. That’s when their residence permit comes up for renewal. The couple was recently detained for weeks by Lebanon’s General Security. Residents of Lebanon for 15 years, they along with their daughter are now staying in a shelter operated by the Insan association until the day of their hearing.

Renuka, a founding member of the fledgling Domestic Workers’ Union, campaigned intensely against Lebanon’s recent refusal to renew residency permits of migrant worker’s children  – including those born and raised in the country.

The Insan Association, which advocated for the couple’s release, wrote in their campaign : “…General Security told Renuka that “you are here to work, and not have children,” ordering her to send her daughter out of Lebanon. Renuka refused to do so, and vehemently spoke out in the media against this decision on several occasions.”

The purported reason for her detention was that she did not reside with her kafeel,  though her sponsor supported her campaign.

Theirs is but one of the many turbulent stories of migrant workers bearing and raising children in the ‘host’ country.

...the Lebanese state has pursued in discriminatory policies against migrant children’ since 2014.

Lebanon’s hold over the most vulnerable of its migrant workers, those in domestic work, has tightened in recent years.  But this hasn’t stopped an increasing number of them from joining the recently formed union to fight for their rights.

Sunitra, a mother of two, moved to Lebanon when she was just 23. That was 16 years ago, when she escaped war in Sri Lanka, It was here that she met her husband and had her children.

Renuka’s story could just as easily be hers. A member of the trade union, she told Migrant-Rights.org she feels even more strongly about unionising and demanding their rights. She hopes that putting up a collective front will better protect them and their children.

The rights of migrant’s children are enshrined in the Migrant Workers Convention, alongside the rights of domestic workers. These entwined issues are repeatedly violated by the Lebanese government, attesting to the need for collective action to protect these rights.

According to Insan’s recent report Shattered Dreams–Children of Migrant Workers in Lebanon, the Lebanese state has pursued discriminatory policies against migrant children’ since 2014 (see excerpt in sidebar).

Gemma Justo, general secretary of the Domestic Workers’ Union, has lived in Lebanon for 22 years. A teacher by training, she made the move well aware of the risks involved.

“But not everyone has that awareness. When I came here, I saw the distress of my fellow domestic workers. I could not keep quiet. I had to do something. I started volunteering at the embassy. And then decided to work with other nationalities too. During the war worked in the shelter and heard such sad stories. Domestic workers being dropped off without being paid for 2 years.”

Now she tries to recruit more members, but it’s not an easy task. There are 350 members, just a tiny fraction of the estimated 250,000 domestic workers in the country.

The more vulnerable and exploited, the more difficult it is to convince them of the benefits of joining the union.  She observes that there is a large number of Bangladeshis entering the country, and they are the worst paid, least organised and most isolated. They are yet to see the incentives of investing time and membership fees in the union.

That’s not the only challenge the union faces; on the one hand the Labor ministry refuses to recognise the union and on the other, as Justo points out, employers are threatened by the empowerment of their workers.

“They say yes to the Church, and no to FENESOL. They are scared of workers being enlightened.”

The more vulnerable and exploited, the more difficult it is to convince them of the benefits of joining the union.

On December 29, 2014, six Lebanese workers submitted a request to the Labor Ministry to form such a union. With support of the International Labour Organization (ILO), the International Trade Union Federation (ITUC), and the Federation of Trade Unions of Workers and Employees in Lebanon (FENASOL), approximately 350 domestic workers of various nationalities gathered for the union’s inaugural congress on January 25, 2015. But union members said they have received no response to their request, and Labor Minister Sejaan Azzi later denounced the union as illegal. 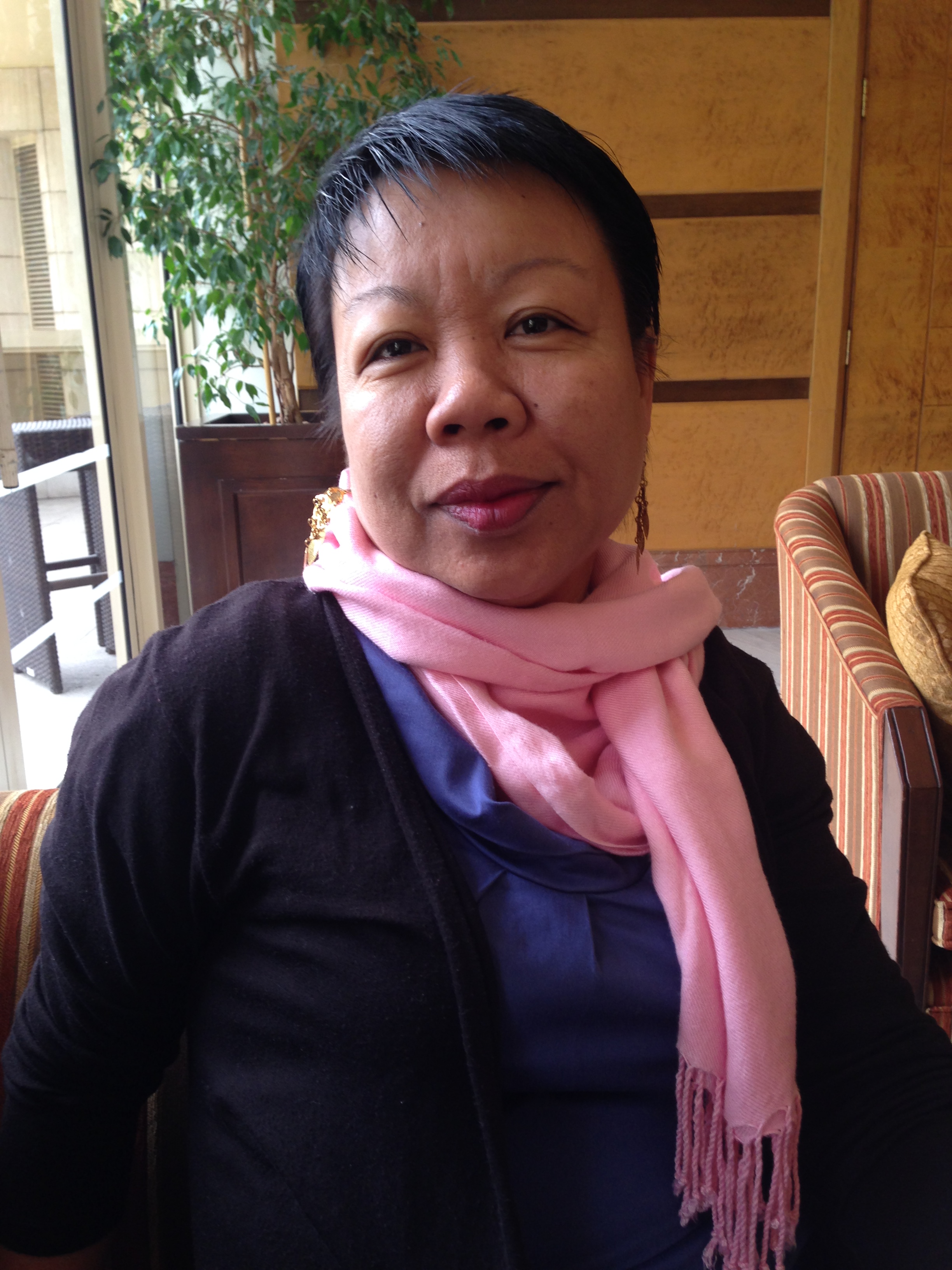 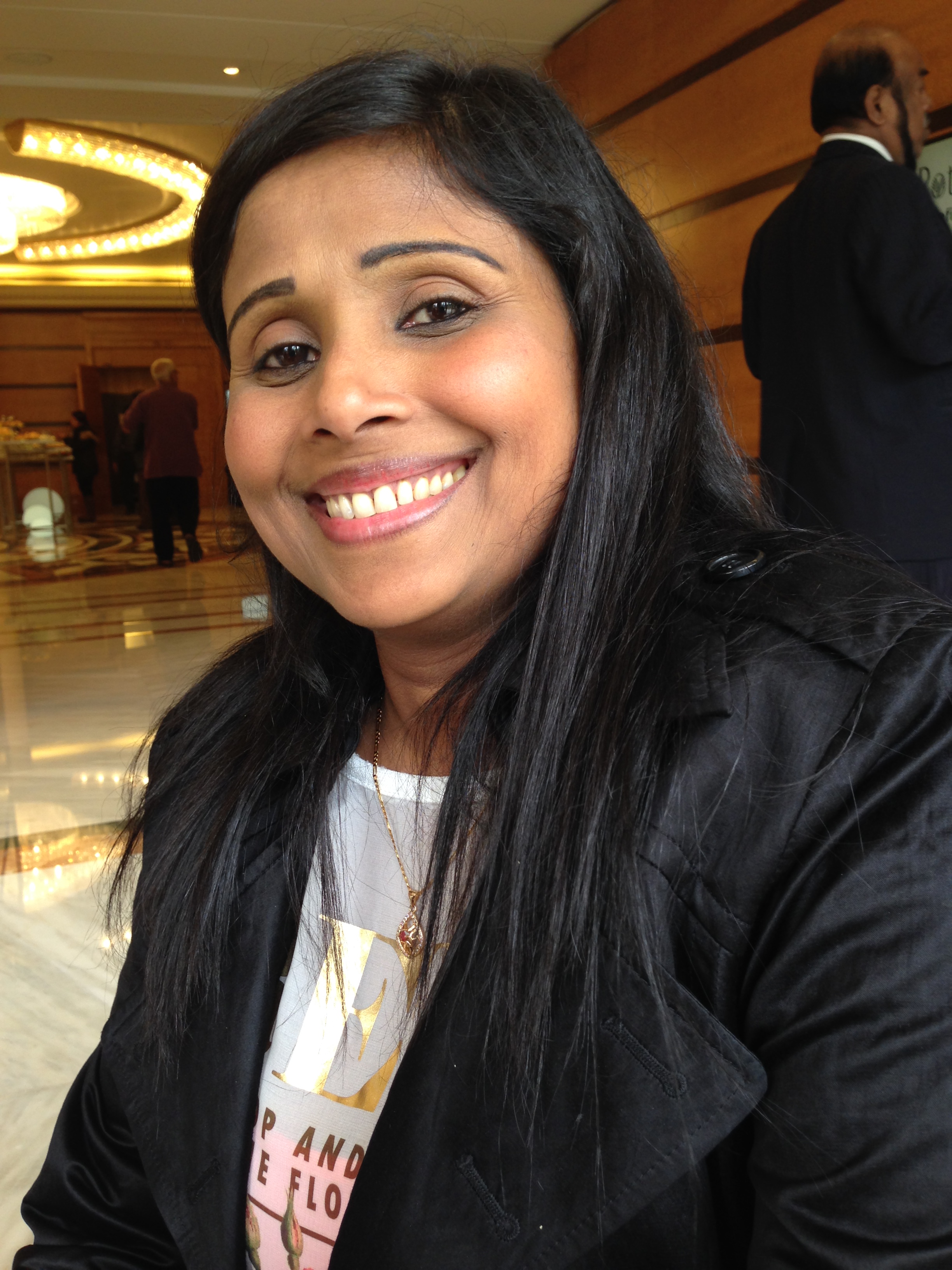 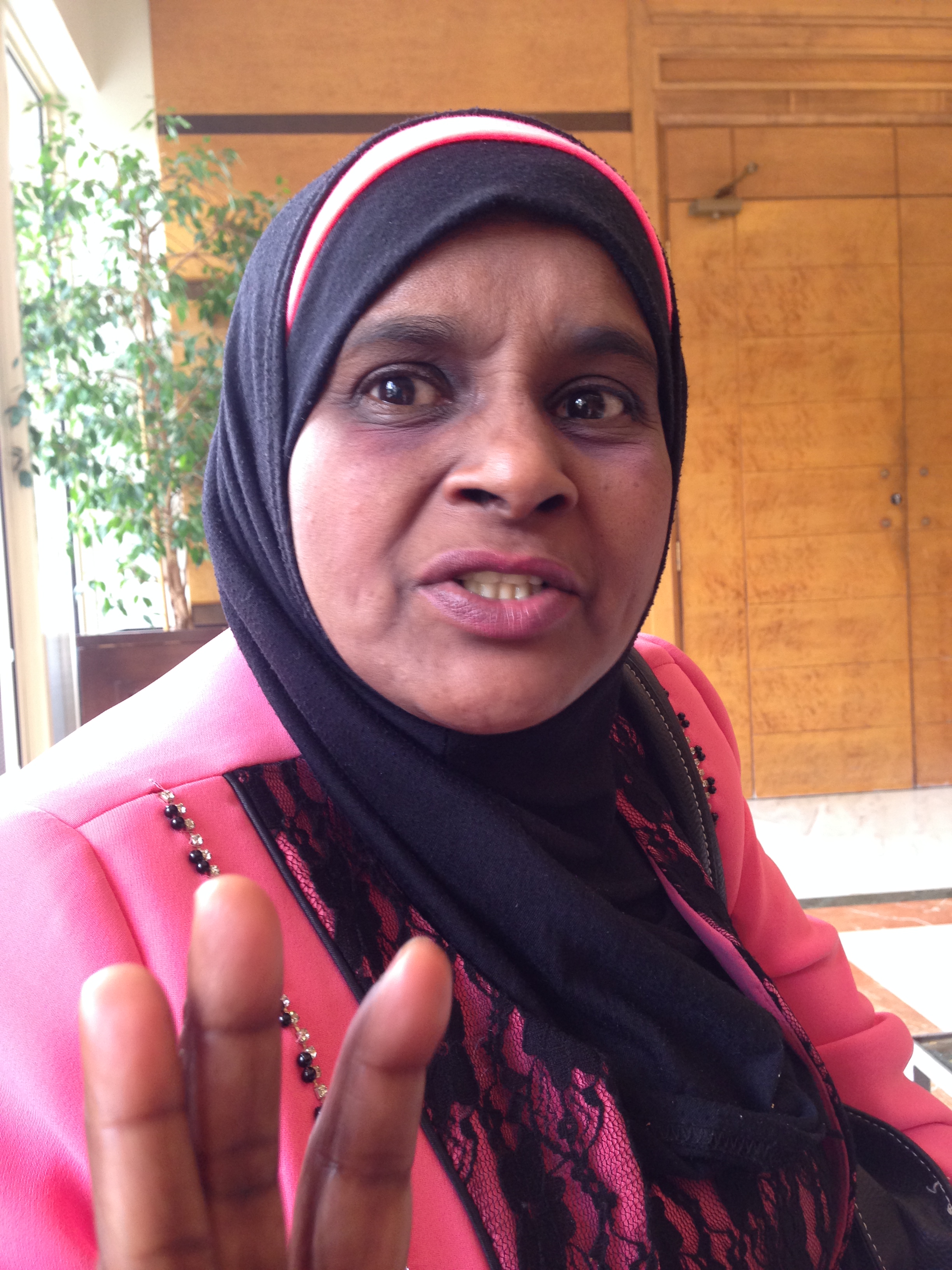 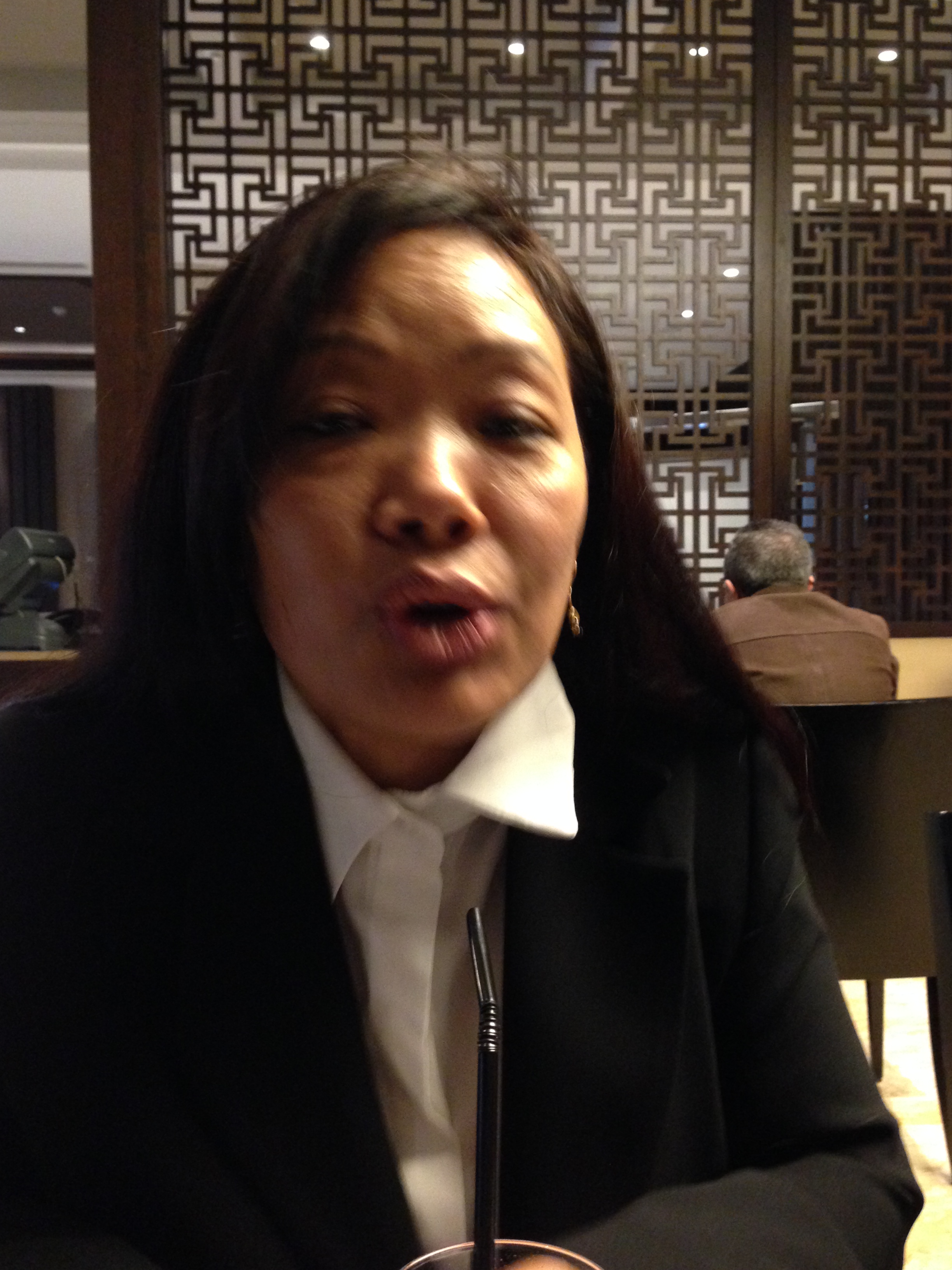 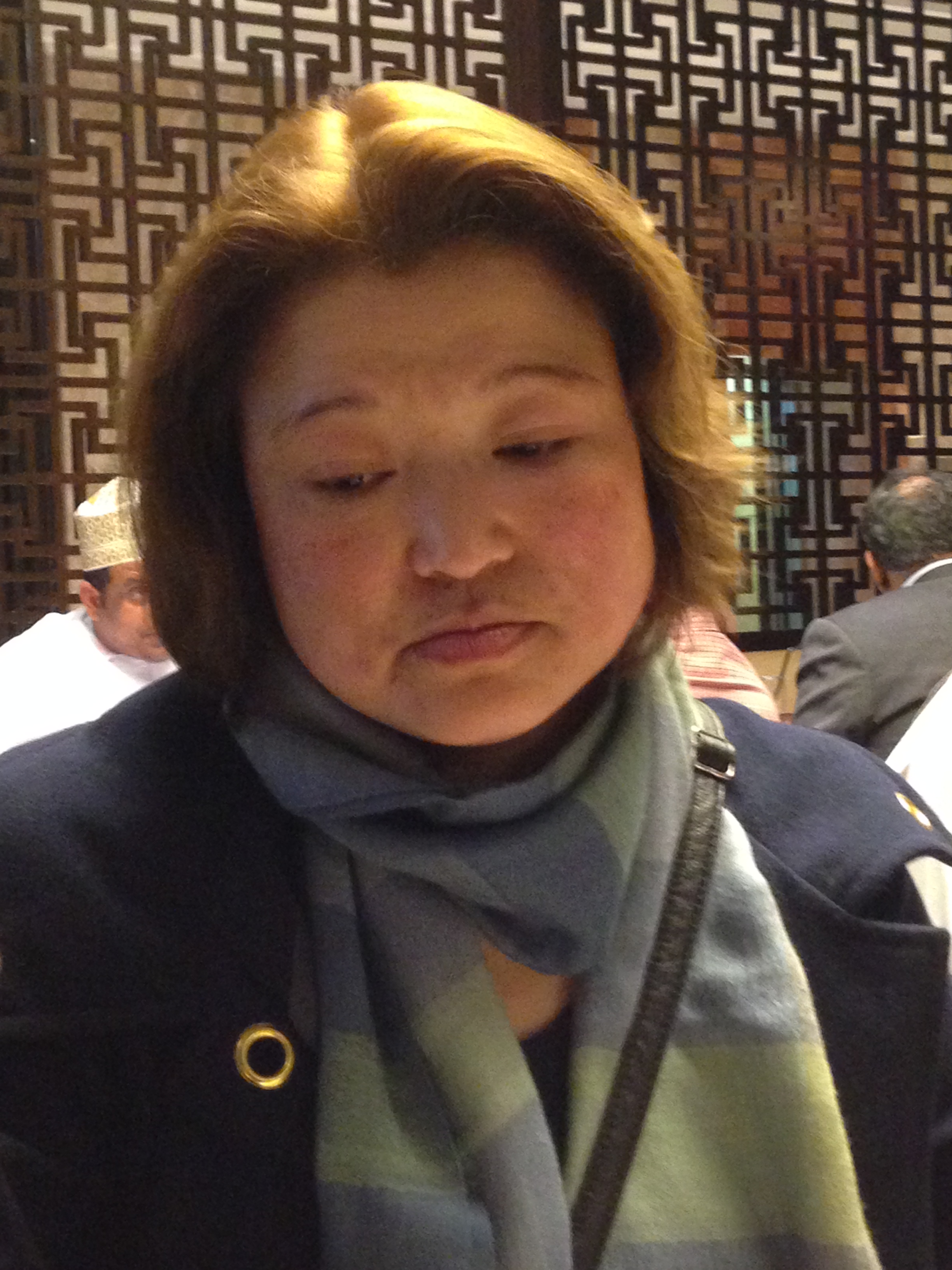 HRW released a statement following the denouncement: “In June 2011, Lebanon voted in favor of the ILO’s adoption of Convention No. 189 on Decent Work for Domestic Workers, the treaty that protects domestic workers, but has yet to take steps to ratify the treaty or bring itself in compliance. The ILO convention establishes the first global standards for the estimated 50 million to 100 million domestic workers worldwide. Under article 3, domestic workers are guaranteed the right to freedom of association.”

The members continue to advocate with employers and government to legalise their union. Until the state recognizes the basic rights of domestic workers, they and their progeny will remain in the grip of the slavery-like Kafala system.

Excerpt from Shattered Dreams–Children of Migrant Workers in Lebanon

Previously, despite migrant populations being given very few rights in the country, migrant families, including refugees and migrant workers could apply and sponsor the residency of their Lebanon-born children on a yearly basis. Parents were able to obtain yearly residence permits until their children turned 4 years old. After the age of four, parents could extend their child’s residency based on school enrollment. Migrant workers also faced no difficulty enrolling their children in public schools.

Since the beginning of 2014 however the Lebanese government, specifically the General Security and the Ministry of Education have started to pursue discriminatory policies against migrants and their families, the repercussions of which are felt most keenly by children. Firstly, the General Security has issued a directive that prevents those Migrant Workers belonging to category three and four2 who have children in Lebanon from renewing their child’s residency, despite possessing all the legal documents necessary to reside here. One parent is usually also affected and not granted residency renewal. Previously those children born and raised in the country were able to renew their residency on a yearly basis without governmental objections. Now, the General Security is prohibiting residency renewals and issuing migrants with as little as 48 hours to leave the country. The text of the Directive has not been shared despite numerous requests for this by Insan Association and other Civil Society Organizations. When questioned about the directive the position of the General Security has been ambivalent. The General Security has officially denied the existence of the directive but numerous inside sources have confirmed its existence off record.

The combined effect of these discriminatory policies on the rights of migrants and their children is huge. Many migrant children and refugees will be expelled from the country as a result of the loss of their legal right to residence and many more will be left without access to their universal right to education.

There’s a common refrain amongst domestic workers that roughly translates to: “How good the ‘Madam’ is, that good my life.”

‘Good’ being a relative term. For some ‘good’ is access to telephone, for some it’s a weekly day off and mobility, for still others it’s food and lack of physical abuse.

The workers MR spoke to were unanimous in defending Lebanon as an ideal workplace compared to the GCC, Saudi in particular being the worst case scenario.

Vijyutha,has lived in Lebanon for 30 years, married to a Bangladeshi migrant worker she met here. She returns to her country of birth, Sri Lanka, every few years, and in exchanging notes with other migrant domestic workers has come to the conclusion that Lebanon is the best place in the Middle East. “I advise potential migrants to avoid Saudi and Kuwait. We are treated better here.

“We maybe overworked but there’s little physical abuse or torture. Most people are kind, even if we are paid less.”

No weekly off. Long work hours. Low pay. All of this is tolerated as long as there is no sexual or physical abuse. There is a recurring pattern of condoning abuse in degrees.  Though not all of them agree that Lebanon is safer. In 2008, Human Rights Watch denounced the high death toll of MDWs, stating that these women are dying (murdered or driven to suicide) at a rate of more than one per week.

Sujana Rana is from Nepal and has lived in Lebanon for over a decade. “We keep hearing of ‘suicides’. Every death is ‘suicide,. Even if that were true, shouldn’t we find out why these domestic workers are committing suicide?”

She and her compatriot Roja Maya Limbu are active within the Nepalese community, recruiting members to the union, and also working to educate domestic workers about their rights and reduce their isolation.

“Though there is a ban in Nepal, to send domestic workers to the Middle East, the women still come. They come through friends. Even last month one of them came and she is in a good house. But what if she is employed in a bad place? It’s not safe to come this way,” Sujana says.

Because, as Sujana points out, once the worker is placed in an employer’s home, reaching out to her is almost impossible. “Only 25% can come out. Rest are all locked in. And with Nepalese workers only 10%. They can’t even make calls. Even my madam, whom I have been with for over 10 years, locks the house phone, but now I have my mobile. Not everyone does.

“A girl who has been here for 7 years, and she has never been out. Never been with her people We have our Nepalese new year celebrations and we spoke to the madam and requested her to send her. She agreed, then changed her mind. When I spoke to the girl, she was almost in tears. It was heartbreaking.”

Roja stresses that it was the same for all of them as well. Till they earned the “madam’s trust.” That could be anywhere from 6 months to 3 years.

“Twelve years ago, my friend’s madam spoke to my madam in Arabic, and convinced her. When one madam tells another, especially in Arabic, it’s easy to convince them. I am a caregiver. In fact for first 3 months I was not even paid, because it was my ‘training period’ they said. Now I get $400, and am still not treated with trust.”