Recruiting ‘maids’ on social media takes on monopoly of agencies in the Gulf; workers more vulnerable to exploitation 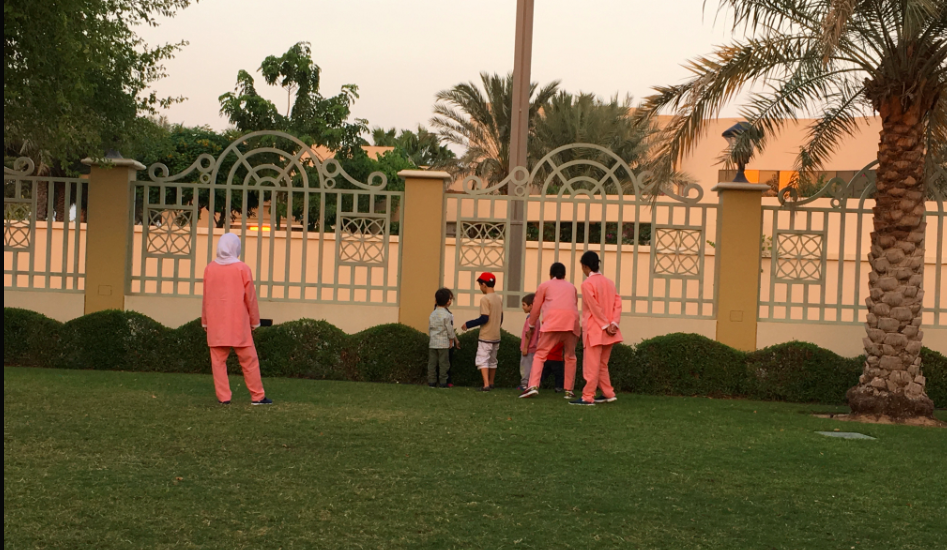 These groups are country-specific, but also provide cross-border recruitment, bypassing certain moratoriums in place throughout the GCC. These groups and pages demonstrate that bans do little to protect workers, and in fact, make them more vulnerable.

For instance, the Philippines doesn’t process contracts for workers to the UAE as the Emirates has not agreed to allow the Philippines labour attache to verify contracts. This, in turn, has created a huge black market for Filipino domestic workers, who are widely sought for their skill-level and English-language command.

Indonesia has banned any new deployment of domestic workers all the GCC countries. Yet, the demand for Indonesian workers persists across the region and so does Indonesians’ desire to migrate for a better livelihood, as there are not enough job opportunities at home.

Anis Hidayah, Executive Director of Migrant Care Indonesia, believes a temporary ban might be useful, to allow for time to correct procedures and improve conditions; however, outright ban not only denies workers a basic right to livelihood but also makes them even more vulnerable to trafficking. “This also highlights the repercussions of allowing recruitment agencies a monopoly,” she added, in a conversation with Migrant-Rights.org.

Discussions include “visa transfers”, “part-time”, “maid-sharing”, “live in” and “live-out” and a whole host of other ways of navigating the narrow and difficult path of hiring and housing a domestic worker.

Why This Works For Employers

Employers in Shelter Me project focus groups expressed disappointment with recruitment agencies, both because of high costs, and because they were unable to vet the candidate. Using referrals on social media and through friends helps employers familiarise themselves with the worker. Bypassing agents also provides more options than sponsoring a full-time live-in worker. For a lot of families, employing part-time or live-out workers is more convenient, but the only legal option available is to hire workers hourly is through a cleaning services company. These companies have become popular in recent years, but do not cover childcare or cooking needs. So many risk the hefty fines to employ a worker who is not under their sponsorship.

Some employers allow the domestic workers they sponsor to work outside of their homes, either to subsidise their own costs or to help the worker earn extra income.

Mobility that’s limited in the best of conditions becomes even worse [...] out of fear of being reported or deported.

Why Domestic Workers Use This Type of Recruitment

Workers use these platforms for several reasons, all of which underline their vulnerabilities under the stifling sponsorship system (kafala), and uncovered by the labour laws.

Some of the reasons include:

These are the most common circumstances leading workers to seek employment via nontraditional and ‘extra-legal’ means, all of which can put workers at more risk; susceptible to exploitation by employers and to detention by authorities.

While employers, if caught, will be fined for employing an undocumented worker or someone not under their sponsorship, the worker risks detention and deportation. To evade arrests in the regular raids undertaken by police in GCC states to round-up ‘runaway’ workers is to stay indoors. Mobility that’s limited in the best of conditions becomes even worse, where the worker is forced to remain in unfair employment conditions out of fear of being reported or deported.

A Filipino housekeeper told Migrant-Rights.org she has been working without a proper visa for the last two years. “My employer didn’t give me enough food or pay me properly. So I ran away. I could not continue working there. I live with my friend now.” She does not want to file a formal complaint. “Nothing will happen to them, but I will be sent back. So I will save enough money working part-time jobs, and after that will go to my embassy for help.” She echoes the strategy many other undocumented workers adopt.

Ann Abunda’s primary concern is that these platforms are not regulated and makes workers vulnerable to trafficking. Abunda is the Head Volunteer of Sandigan Kuwait, a domestic workers network and spoke in-depth with Migrant-Rights.org on how social media facilitates trafficking.

“The worker must be deployed in the country she was recruited for, say Kuwait, where her visa status will guarantee her some protection under their monitoring systems. We have difficulty helping them once they leave the original country of deployment.”

She feels that it is tricky even if the worker moves to a country where there is no ban.

“Basically it is cross border trafficking. They use Facebook and Instagram to recruit from neighbouring countries. They [workers and sponsors] are posting their identity on Instagram to “sell” them,” she says, pointing out that many employers bring their ‘house helper’ to countries like Saudi, Egypt and Lebanon to avoid legal responsibility and local regulation for domestic workers.

Even if done locally, with an ‘NOC’, the means of transferring employers under the kafala, in reality, is selling their worker to another employer, she feels.

As for workers who wish to legally transfer their visa, Abunda suggests they go through the original agency, and they redeploy at no cost, in the case of Filipino workers and accredited agencies.

The employer, however, will have to pay full fees for workers being deployed, even as the recruitment agent makes a double profit. This is a pitfall in the regulations of the receiving countries that adds tension to the employer-employee dynamic.

David Des Dicang, Labor Attache of the Philippines Embassy in Qatar, says that resorting is social media is natural. “This is bound to happen because of the facility. I do not think it is only because of frustration with recruitment agents. It is what it is because this is the fastest way to communicate and to save on costs.

“This is good and bad,” he told Migrant-Rights.org. “It is bad if placement happens directly, without due processes set by the sending and receiving countries, which protect ‘household workers’. It is good if they just make a connection, and then go through a proper contractual procedure.” Dicang feels this is something host governments should monitor and control.

However, there’s little evidence that combatting cross-border trafficking is a priority for GCC states. Especially when countries like Saudi attempt to formalise cross-border recruitment.

In a bid to control the prohibitively high cost of hiring domestic workers in Saudi Arabia, the Saudi Shura council urged the Saudi ministry of labour to coordinate with relevant authorities to hire domestic labourers through special offices in Kuwait and other Gulf Cooperation Council (GCC) states.

Qatari daily The Peninsula reports that "Law-enforcement agencies have arrested many people involved in luring housemaids to escape their sponsors."

Recruitment on social media can easily slide into the sale and trade of women, made all the more possible by kafala- or sponsorship-based labour management. No doubt these pages and groups provide a much-needed space for employment mobility and flexibility that the broken recruitment industry and the strict sponsorship system lack. But bypassing broken regulations and systems still leaves workers in an unprotected space. GCC states should recognize that the element of choice in this kind of recruitment, for both employers and workers, needs a place in the legal framework.