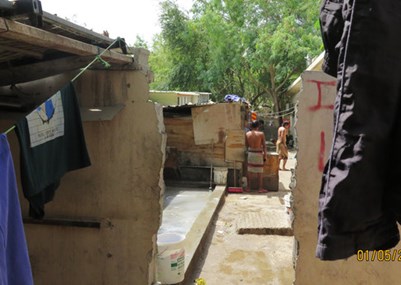 Exactly two weeks ago today, a deadly fire ravaged a labour camp in Qatar, resulting in the death of 13 workers, with a dozen more gravely injured. We still do not know the names of the deceased or the countries they hail from. The workers were employed by Al Ali Engineering Company in the construction of the Salwa Beach Resort project.

We know the workers were South Asians but not which specific nationalities; and unsurprisingly, the embassies are tightlipped.

The decent thing to do after the deaths of migrant workers would be to publicly acknowledge the tragedy, release the names of the victims, speak of them as human beings rather than statistics, survived by mothers and fathers, wives and children. Maybe then the community would mourn these deaths?

Instead the Qatari Ministry of Interior released a notice on social media, as if this were a routine occurrence.

What Qatar (and rest of the GCC) achieve with their highly discriminatory migrant labour management (Kafala) is to strip lower-income migrant workers of their identity, treating them like commodities to be traded in the labour market.

A group of male / female workers living permanently and collectively in a residential unit and not forming a census household (s), consisting of 7 persons or more.

According to the latest census, nearly 60% of Qatar’s population live in labor ‘camps’ – like the one that saw a fatal fire. Yet, this is the richest country in the world.  Qatar’s labour camps (workers’ accommodation) are hidden out of sight, isolated and squalid. The luxury and exclusivity Qatar aspires for can only be built on the lives of the hundreds of thousands of migrant workers it brings in.

Just days before this accident, Building and Wood Worker’s International launched “Hard Hats for Education” – Call for support to families of workers injured or killed in Qatar.

“[...] workers find themselves left to their own resources to cover the costs of medical treatment and there have been incidents where workers were forced to collect among themselves funds to cover the repatriation costs of their friends and colleagues killed as some employers refuse to pay for these costs. Families often receive little or no compensation, leaving them completely without income.”

Qatar recently announced that the government would repatriate dead migrants free of cost. Compensation remains at the discretion of the employer, unless there has been some legal intervention.

There’s increasing global attention on Qatar’s human rights abuse against migrant workers, and pressure to reform. While some progress has been made (such as the Wage Protection System), it doesn’t go far enough to right the wrongs. The long-promised Kafala reforms are yet to be implemented. Incredulously, Qatar’s response to incidents that show it in poor light has been to tighten information flow, as if it were wishing the problem away.

A local daily reporting the fatalities, adds the following at the end of its very brief report:

"Meanwhile, some employees of a security company died and many were injured in a bus accident on Al Khor coastal road, Al Sharq reports.

Police and ambulance team rushed to the spot and launched rescue operations. Further details were not available."

In a nutshell, this impassiveness encompasses the country’s attitude towards the lives of migrant workers. If authorities make no details available, the hope is that the story will fizzle out.