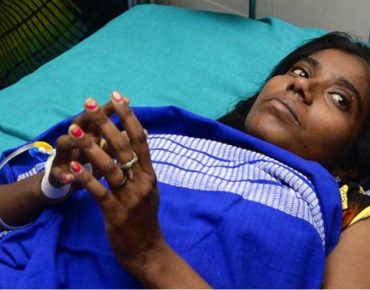 A single mother of two is the latest victim of abuse in Saudi Arabia. Dhakshayini, from southern India, moved to Dammam to work as a 'housemaid'. Indian daily The Hindu reports that she was tortured from the beginning.

The one time she escaped and reported her condition to the police she was sent back to the abusive employer, where she was subjected to more torture. Unable to bear this, she jumped off the balcony and suffered a spinal injury. She is currently undergoing post-surgery treatment in her hometown of Chennai.

Migrant domestic workers continue to work in exploitative and abusive environments in the region, with most Gulf states refusing to cover them under the labour laws.

Migrant-Rights.org had earlier looked at the institutional failures that lead to the poor status of MDWs.