[Stories of Origin] In Sri Lanka, men are free, women have a price tag

In a two-part series, Migrant-Rights.org visits the environment from which domestic workers migrate in Sri Lanka. In the first part we explore how the women are caught in the cross-hairs of aggressive recruitment agencies and stifling government policies.

There is a drought, and the paddy fields don’t look promising in Ganewatta. Dotting the square plots are homes in different stages of completion. There are very few clay houses. Here a plot with foundation laid, here a house with stark walls and little else, there another nearing completion.

These houses are a visual representation of the cycle of migration – hopes and dreams, some realised and some interrupted, many in progress.

Kurunegala is one of the largest migrants-sending districts in Sri Lanka. There are 30 divisions in the district and the highest number go from Kurunegala town, Ganewatta, and Ridigama.

In the market street in Kurunegala town, there are over two dozen manpower companies. There are 100 in the entire district.

Hidden inside new and rundown buildings are plush offices. Up two steep flights of stairs is one such office, with a smartly dressed young women handling the front office. Closed circuit cameras gleam from high up on the wall. The ladies entertain a few questions (yes, we can supply men free of charge; no, there are no Tamil speaking women; no, there is a charge), before the intercom rings. The rest of the conversation moves indoors, to the manager’s cabin, which is even plusher. On his desk are a stack of papers and passports. A computer monitor shows a split screen of the camera streaming.

Despite the manager’s lack of English, he makes it clear he is suspicious of the exchange.

“Come with a job order. We will talk,” he summarily dismisses all interest in ethical recruitment. He hastily adds, probably worried about losing any potential business, “Sri Lankan men you don’t pay anything. Women you pay 3000 dollars.”

That’s the refrain you hear over and over again. ‘Men free, women you pay.’ What it translates to is men who wish to migrate pay huge fees throughout the recruitment cycle. So the employer pays nothing or pays a nominal amount. 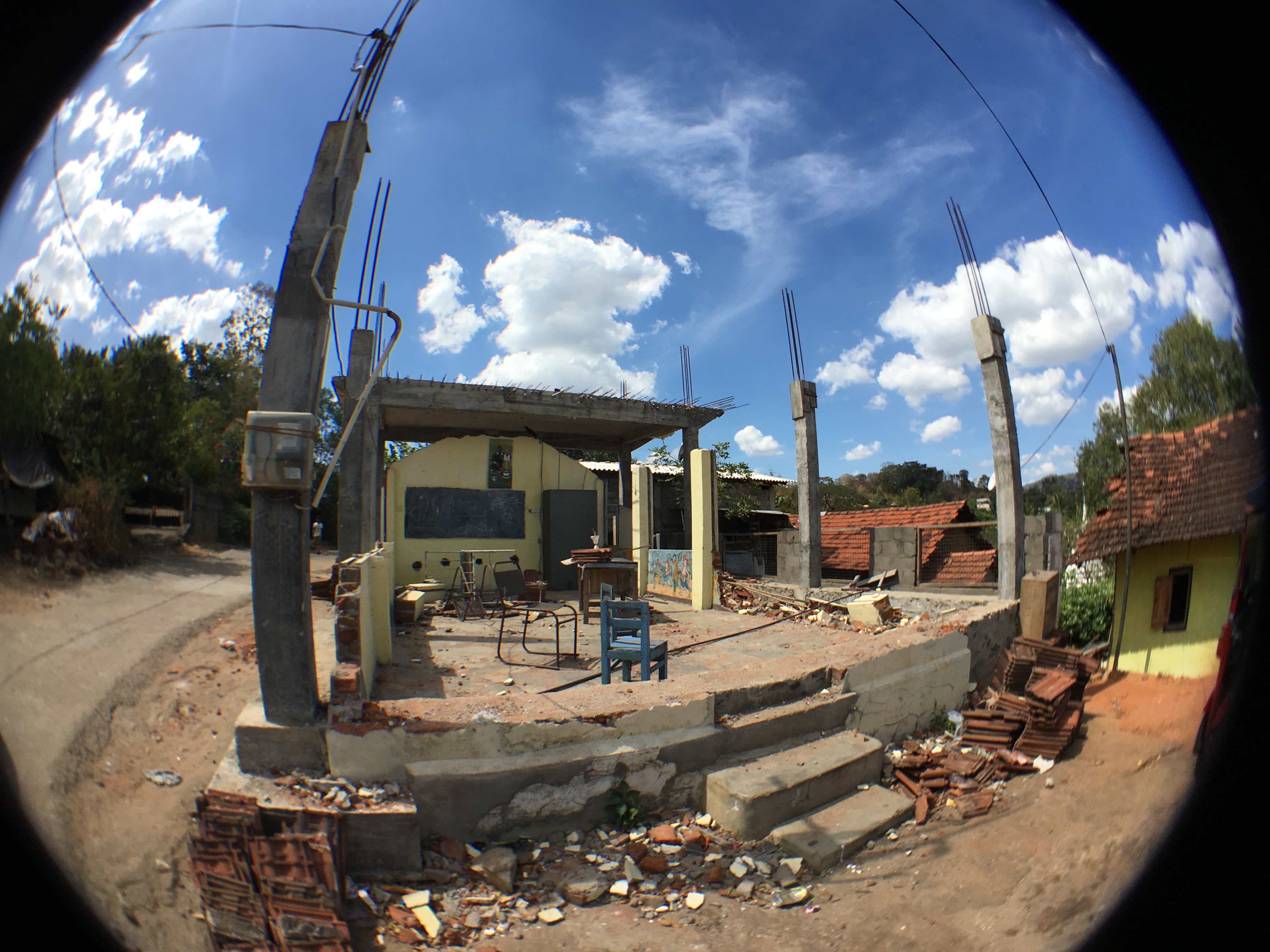 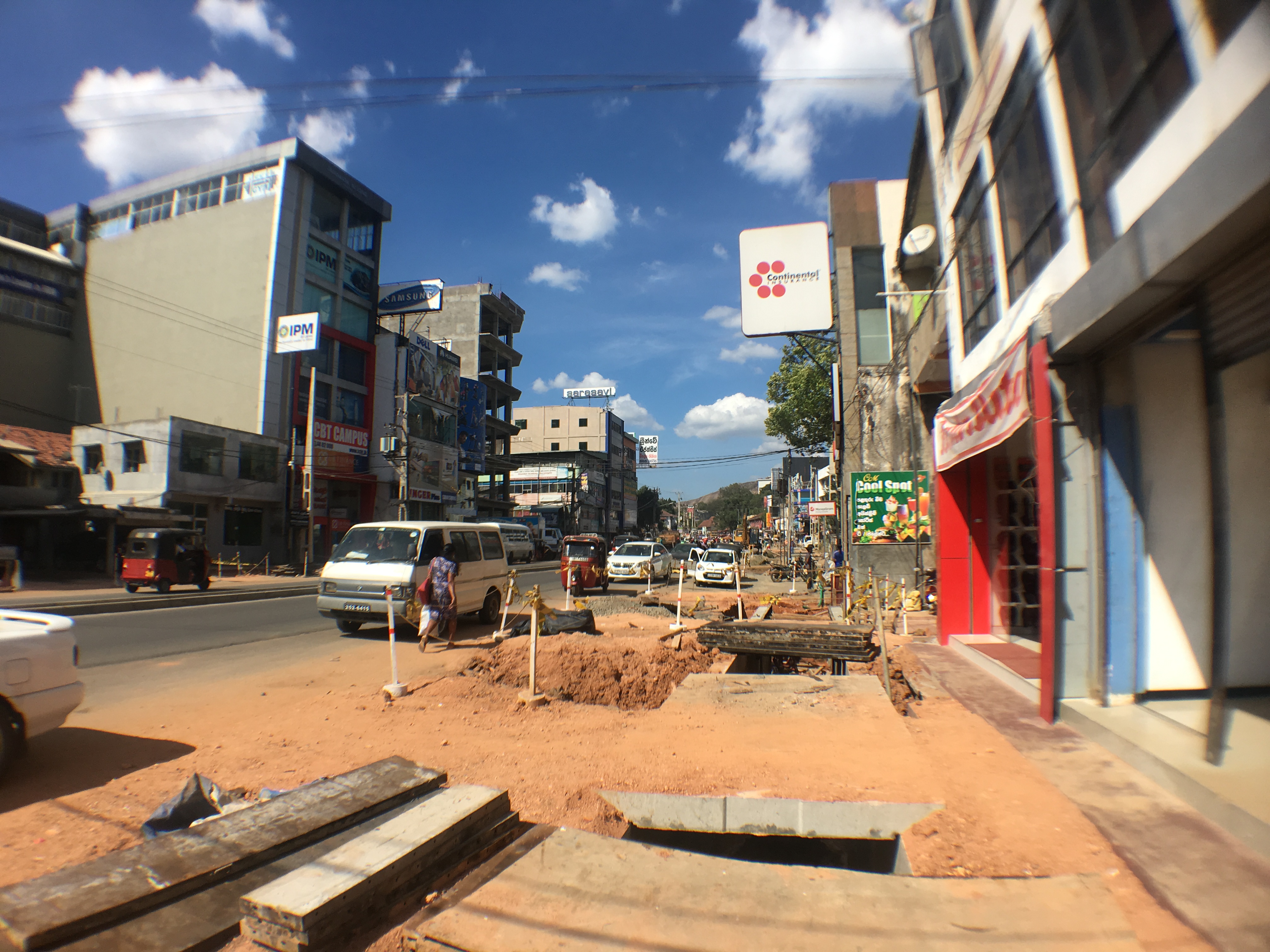 In the main street of Kurunegala town, there are over two dozen manpower companies. 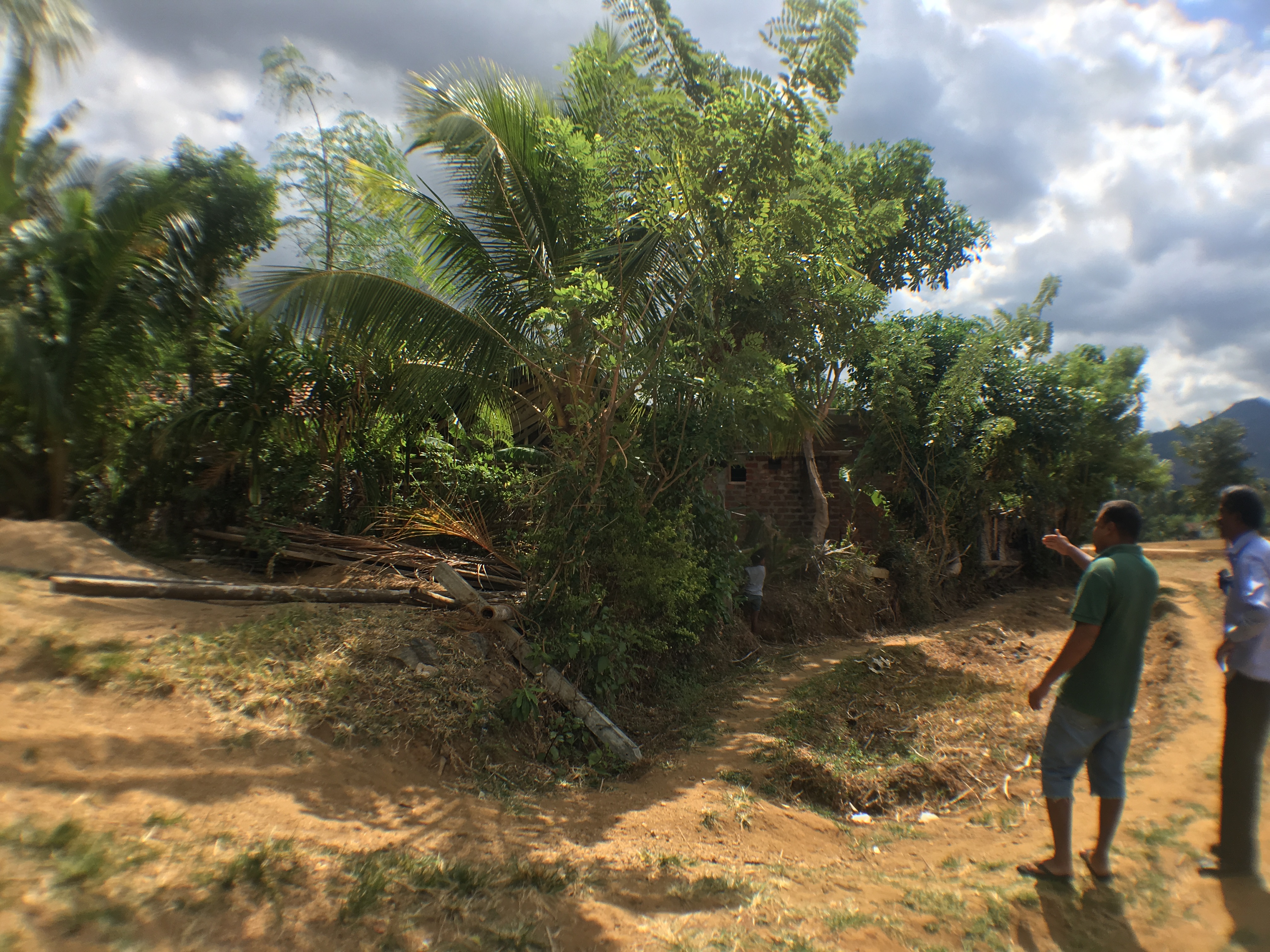 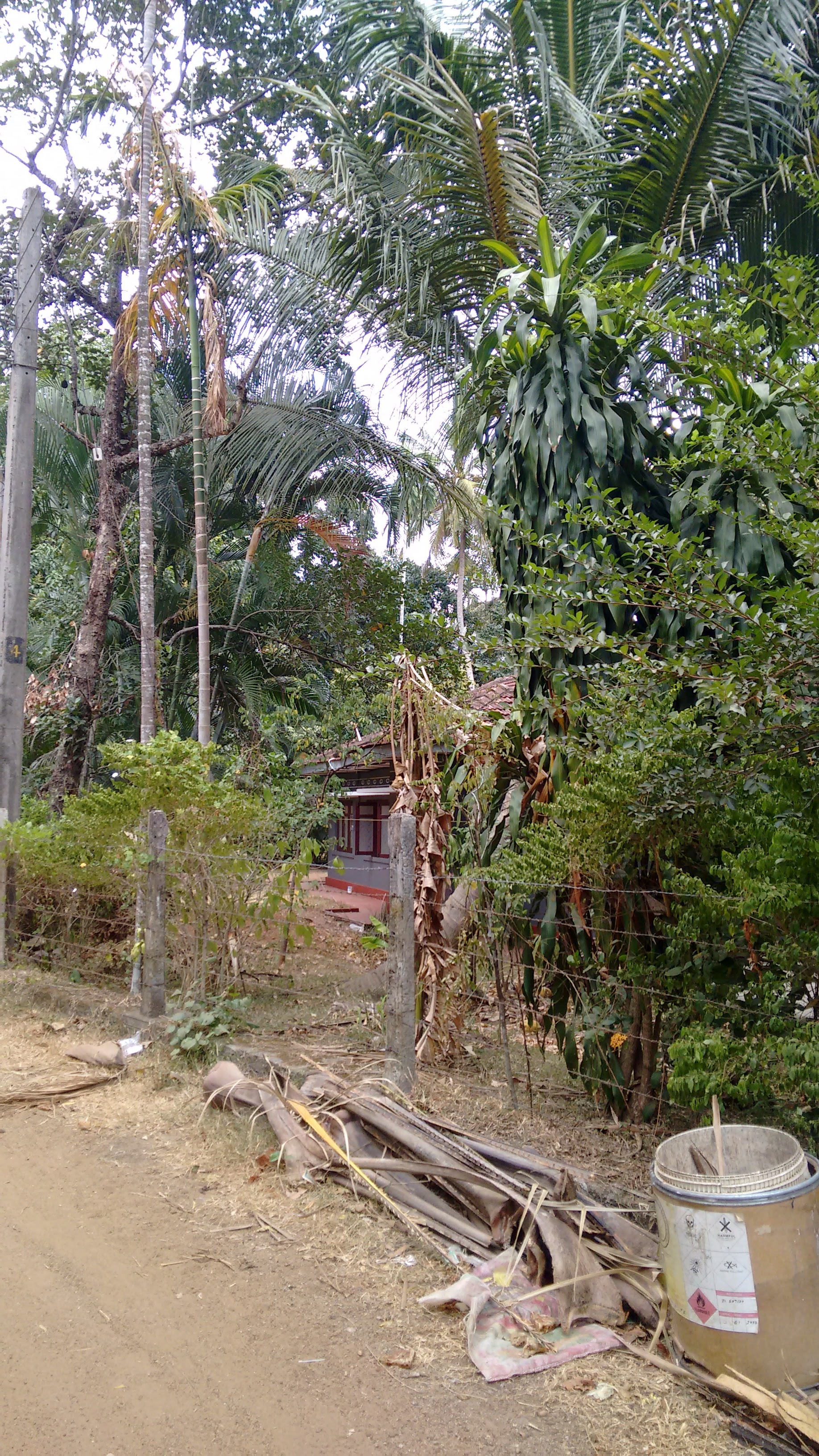 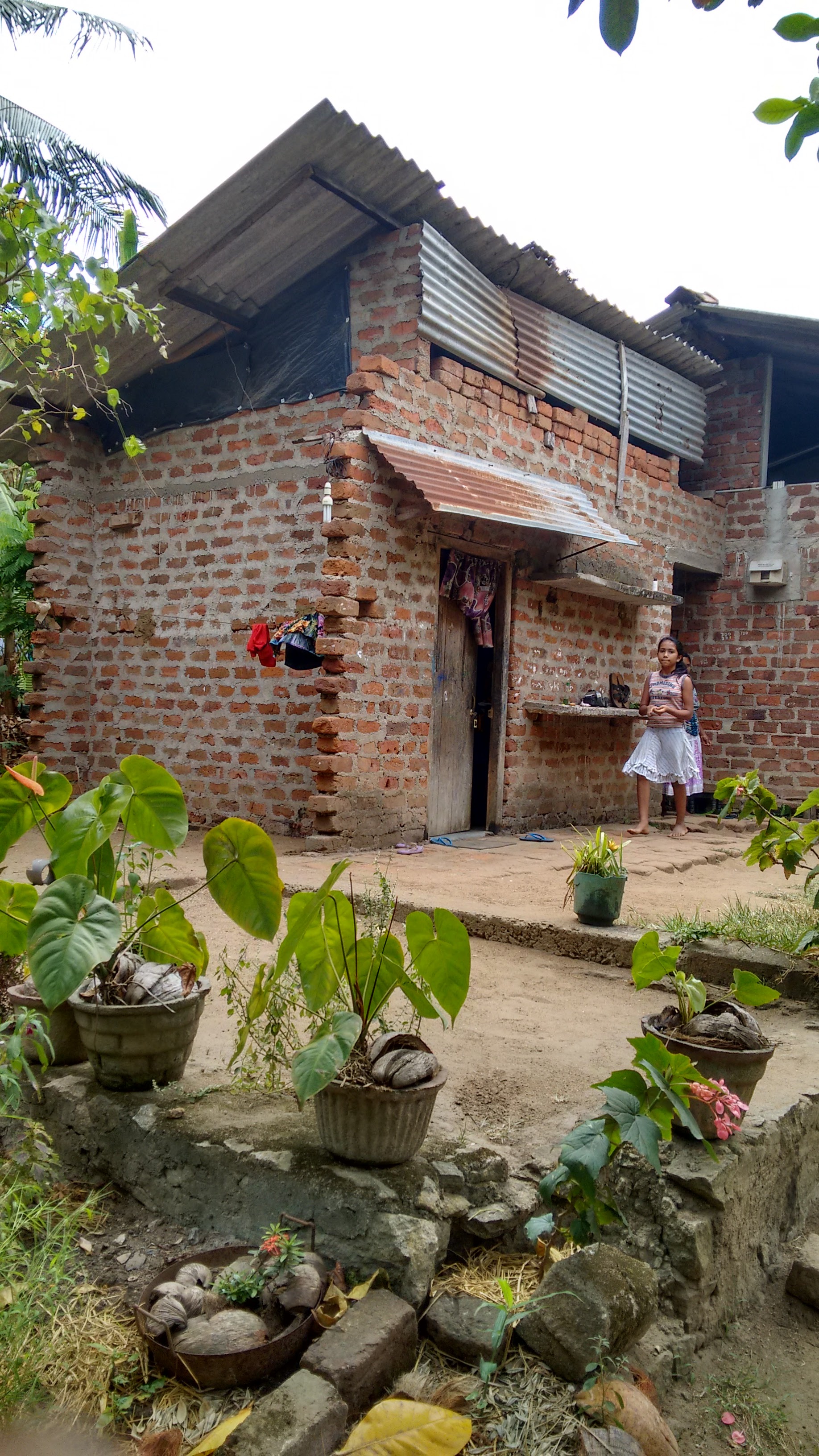 It would take a few more years of migration and remittances before this house is completed.

In the main street of Kurunegala town, there are over two dozen manpower companies.

It would take a few more years of migration and remittances before this house is completed.

The demand for female migrants is high, their interest to migrate is dwindling, and the government is making it more difficult for those still interested to go abroad. So women have to be lured with a booking fee of sorts, that’s not recognised by the Government. The employer pays all the costs and a premium to hire a female domestic worker.

Ranjith Sisirakumara of CHRCD notes that there has been a decrease in the number of women migrating. “By 13%. More men are going. Maybe due to new policy and also due to the stories of abuse that are reported. The maid who came with nails in her body is also from this district.”

Now agents are paying incentives. “Up to LKR320,000. It is banned by the Foreign Employment Bureau. The principles (employers) have to allocate a minimum of LKR800,000 to get a worker.”

Two years ago, the Family Background Requirement (FBR) was introduced by the Lankan government. Women with children under age of five require consent from their husband or family. Dilshani feels this only creates room for corruption, as people can get around it.

The FBR first issued in 2013 says mothers with children under five cannot migrate for employment. That they have to submit FBR. In 2015 [ministry circular 2015/1], it says all women migrant workers should submit FBR regardless of status. All women, skilled, and unskilled. This is not required for those aged 50 and above, or who have worked abroad earlier, unless the woman has a child with some disability.

“These women need the Grama Sevaka Niladari (a village level official) to sign off. It also applies to mothers of children with disability and plantation workers. However, there is little provided in terms of alternative employment for women in the villages itself.  Furthermore, when women are paid in advance, so their decisions are not taken objectively. Their family spends it. And they are trapped. They have to work contract period or pay back.”

Her colleague Titus Wimalasri has mixed feelings about the FBR. “Separation of mothers and children is cruel. I was a teacher before this. I’ve seen the plight of children of migrant women. We can’t deny that.

“But, we have come across a group of men in Magulpokuna not far from Colombo, who force women and their families to migrate against their wishes. From pocketing the signing fee onwards, they get freedom and money, with which they drink and philander. Children are neglected.”

These measures seem to be a band-aid treatment for a deep-rooted problem.

“The government is the main benefactor of migration. As we have seen even after 10-15 years the migrants are unable to meet their goal. But the government continues to receive remittances. It is the government’s responsibility to ensure the children are safe and well looked after.”

Remittances at USD7.5 billion a year, comprise 65% of foreign reserves.

Dilshani says that the FEB has 10 officers for Saudi alone. Yet, it’s very difficult to get a response from officials in Saudi.

Sujeewa Lal Dasanayake, chairperson of lawyers beyond border, Sri Lanka chapter, says there has been a slight decline in departures from 2014 to 2015 (the most recently available statistics).

He feels this decline could be because of a combination of factors – the economic slump in the Gulf, widespread reports of abuses, and also because of the FBR.

“Approximately 57% of them were in the unskilled workers and housemaid categories. Only 2.4% were under professional categories. About 31.2%  were in skilled category.”

Sujeewa points out that 64.3% of the 242,431 who migrated in 2015 were male. That’s a significant change in the male:female ratio, as previously more women migrated.

Despite the overall decline of both migration and the use of agencies, the Lankan Foreign Employment Bureau issued 116 new recruitment agency licenses and renewed another 997.

Intriguingly, those seeking to migrate using services of agencies has declined in the same years from 59% to 44.4%.

“Migrant workers are using other channels, obviously. It’s a big challenge to the government if workers use other channels. And the main reason to do so is to subvert current restrictions like the FBR,” Sujeewa says.

Next: Dreams of the women, perpetually in progress