Abuse of migrant workers, especially female domestic workers, is rampant across the Gulf countries. Most of these cases are ‘resolved’ by paying a nominal settlement and repatriating the victim. In recent months, however, there seems to be more vigilance on trafficking cases by Kuwait’s General Attorney office. Migrant-Rights.org speaks to two recent victims.

Forty-three-year-old Padma from Andhra Pradesh, India, is a new arrival at Kuwait City’s temporary shelter for women. But she has endured severe trauma for five years; her employers subjected her to emotional abuse, and most recently inhuman torture and sexual assault.  She was recently released from Adan Hospital.

Padma first came to Kuwait in 2010. After about a month, she was placed in a household to do domestic work. She worked without facing many problems until her sponsor passed away in 2012. She was then left to work with the widowed wife, and later her new husband and children. 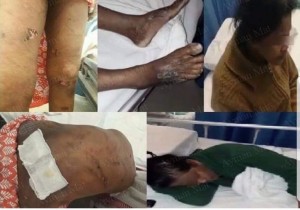 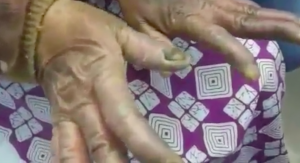 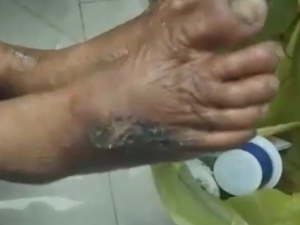 Since 2012, she has worked round the clock, has not been allowed to leave the house, and has not received any salary.  Padma’s employers locked her up in a basement apartment in Kuwait’s Agala area, where the couple, their 17-year old son, and two other children lived.  Since September of this year, the abuse escalated from mental and emotional to physical. Her body bears the marks of several weeks of torture. She was kicked, beaten, sodomised with rods, burnt severely in several places, including her vaginal area. For the last few years, she has had no contact with her family back home in the West Godavari district – not her mother, husband or daughter who was 7-years-old when she left.

"I was not allowed to speak to anyone in the last five year, so I had no contact with my family. I only spoke to them again recently. They didn't know how to contact me either," she says, speaking to Migrant-Rights.org.

She has not shared the details of her gruesome injuries and torture with anyone at home except her mother.

On November 13, the 17-year-old, who also was abusive, asked her to hand wash his jeans. She found a set of keys in the pocket and tried opening the front door. Fortunately, it worked. She grabbed two sarees and ran out of the house and caught the eye of a taxi driver.

Seeing her distress, he took her to a home where two Filipina women worked. They gave her food as she was severely malnourished, and took her to Adnan hospital with the support of their employer. Medical staff contacted the Social Work Society to help Padma.

She was kicked, beaten, sodomised with rods, burnt severely in several places, including her vaginal area.

Identifying the employer was a task unto itself. Padma’s visa entry was an old one and in the name of an elderly Kuwaiti sponsor who had no idea who she was.

So clearly, on her arrival, she was taken to work at the home of someone who was not her sponsor, in violation of Kuwait laws.

Once Padma was released from the hospital and taken to the shelter, social workers took her to the area where she worked to identify her employer’s house and her abusers.

“From the first day, every day, she beat me and the other Filipina. The first day itself I said I want to go back. She also hit me on my private parts and called me ‘f**ker Filipina.’ …”

The couple and the older boy have all confessed to the crimes. The 17-year-old is in juvenile detention and couple are in jail pending trial. The Humanitarian Foundation for Legal Aid has filed a case against the employers.

"They (social workers) take me to the hospital for treatment and medicines, then in the shelter, I am given proper food. But I want to go back home. That's all."

She is not aware of the court case, or that her tormentors are in jail, as the charges have been filed by the General Attorney's offices for trafficking and sexual assault.

"If they can pay me for the five years I worked, I can just go home to my daughter."