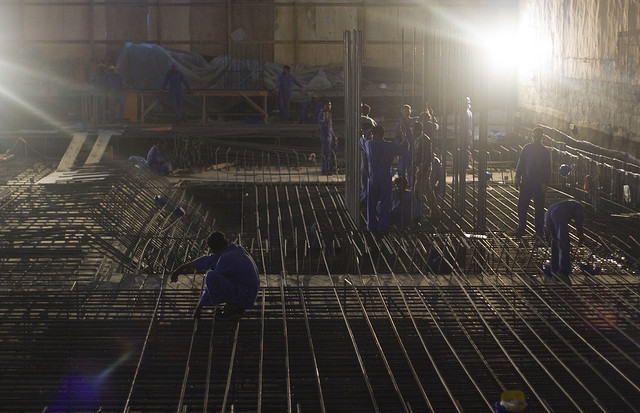 Of the 60,608 complaints made to Indian missions around the world, the majority come from Gulf states. Complaints included breach of contract, non-payment of salaries, harassment, abuse, and other exploitative working conditions.

The number of Indian migrants working in the Gulf is estimated to be 7 million. India’s migrants do tend to have comparatively better access to redress and complaint mechanisms in part because of the services provided by their embassies and in part because of their entrenched social networks. The data provided by embassies provide a somewhat rare qualitative account of the scale of abuse in the GCC, but still the numbers provide only a glimpse into the actual conditions of migrant workers  .Gulf governments are often tight-lipped regarding migrant data, publishing limited and often unrepresentative statistics, if anything at all; for instance the UAE repeatedly claims unbelievably low instances of trafficking, despite it being a transit point for Indonesian domestic workers into other banned Gulf states as well as the widespread accounts of forced labour on large projects and in private homes.

The annual Trafficking in Of  Persons Report also largely relies on the incomplete data provided by governments, but does shed some further light on the kinds of abuses and legal issues migrants face in the Gulf.  Several of the abuses reported by migrants, including non-payment of wages and withholding of identity documents, are indicators of potential forced labor and trafficking.

Saudi Arabia and Qatar have placed on the Tier 2 Watch List; Bahrain, Oman, and the UAE are Tier 2, and Kuwait has been put on Tier 3.

The wage protection system in Saudi, Qatar, and the UAE were both identified as positive steps to combat delayed and nonpayment of wages, one of the more obvious indicators of forced labour.

The TIP reports notes that Saudi provided for the first time “disaggregated anti-trafficking law enforcement data,” in which 725 cases of trafficking were investigated and 52 prosecuted between April and December of 2014. Data from the UAE related only to sex trafficking, and the Qatar narrative explicitly notes the lack of accessible data.

Practices that encourage or amount to forced labour are widespread and entrenched within the Gulf’s migrant systems, producing a tension between anti-trafficking laws and the many intricacies of the kafala system.  The criminalization of exploited migrant workers who run away from their sponsors is amongst the most apparent of these contradictions.