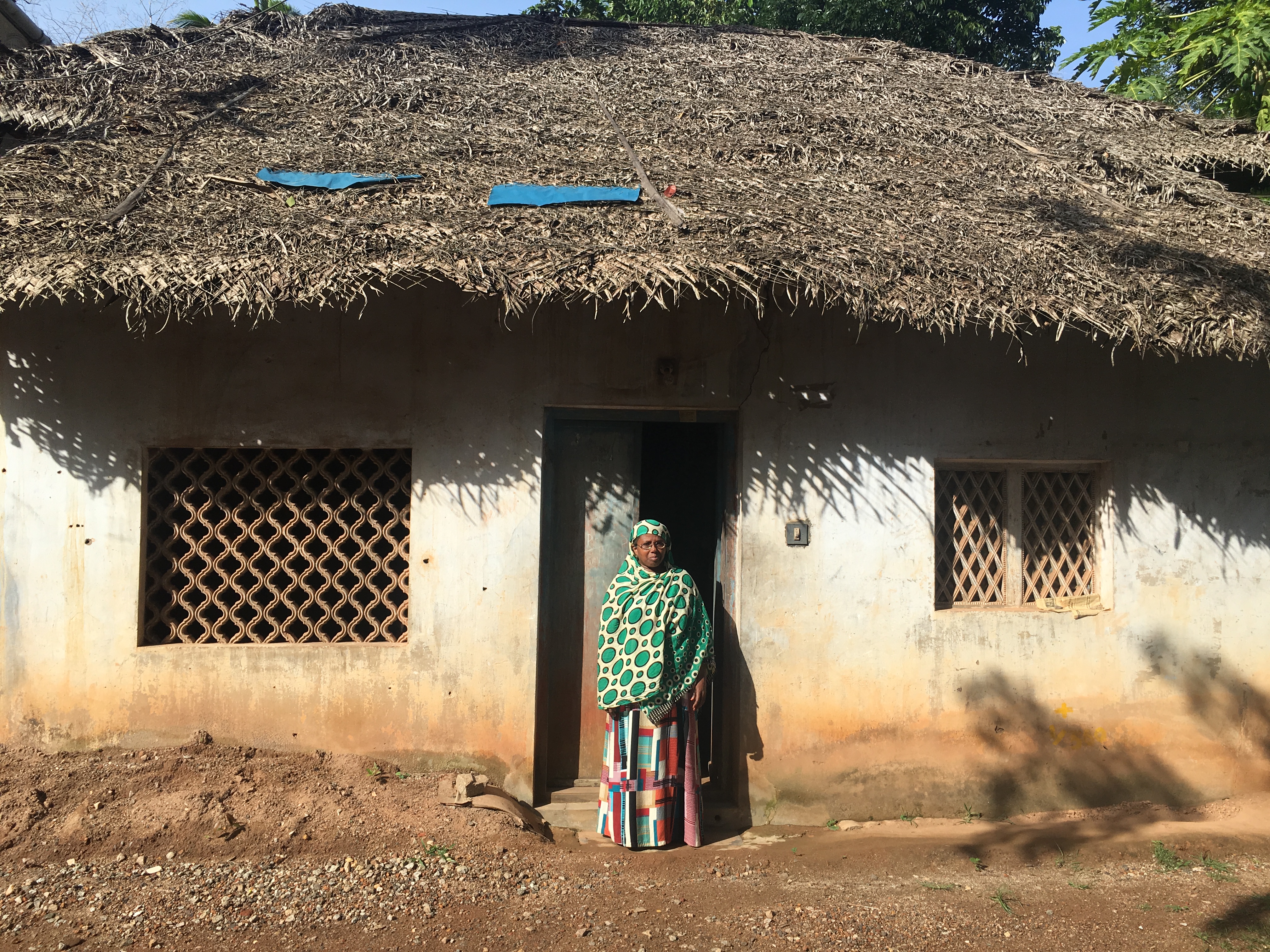 After two years of hardship in Saudi, Joomaila Beevi returned to India empty handed. The 48-year-old widow now survives on what her aged parents and siblings earn.

When Migrants-Rights.org met Joomaila at her thatched-roof home in Kerala, she was getting ready to travel the northern part of the state to work as a midwife and earn some money for survival.

“Sometimes, they (the family) work and bring in food. And sometimes we all go to sleep hungry. I have lost everything... Before migrating to Saudi Arabia I at least had a rented house and a share of my father’s land. Now, there is nothing,”

“What’s left is a loan, debt, health issues and a daily struggle for food and medicines.”

Joomaila lost everything after fleeing an abusive employer in fear of her life and forfeiting her salary.

“I just asked to go back to India and for the salary due to me. He kept a gun on my neck and said that I am not going anywhere. He threatened that I will be killed and thrown into the sea…”

When the employer’s family went out, she called a social worker and fled the house grabbing her phone and an abaya.

“I didn’t take anything else. I know that even if I take my own things, they will file a case of theft against me. I was not well. I had some swelling on my legs and irritation in my throat. It got worse as I was denied medical assistance. I was afraid of dying there. I just wanted to go back home. So, I didn’t want to complicate things by landing in theft cases.”

Joomaila hired a taxi to the police station, where her own employer worked.

But luck was with her that day. Her employer was not in the station and she didn’t tell the officers that she worked in a police officer’s home.

“I just said that I want to go home and requested them to take me to the Indian embassy in Riyadh. They frisked me. They talked to the social worker over phone and after a few hours, realising my innocence, they dropped me at the embassy.”

Joomaila had migrated to the Gulf through an illegal agent in the hopes of earning a little bit of money to clear the loans she had taken to marry off her daughter.

A direct flight from Kerala to Saudi takes only six hours.

She started her journey on January 9, 2015, from Thiruvananthapuram to Pune on a train and reached on January 12.

After a day’s stay, on January 13, her agents tried to send her off from the Pune Airport. But that didn’t work out because the agents did not have their own officials at the airport counters.

Later she was taken to Chhatrapati Shivaji International Airport in Mumbai, where they managed to smuggle her out.

As the agents couldn’t manage to get proper immigration clearance on the day of arrival, she had to stay in a hotel for five days.

From there, she was sent to Dubai. She stayed for a day and a night in Dubai and then moved to Sharjah to be flown to Bahrain.

From Bahrain, she was then flown to Madinah.

“It took 14 days. Was on a train, stayed in scary hotels and apartments, slept alone in airports and reached Madinah on 23 January night,” Joomaila said. 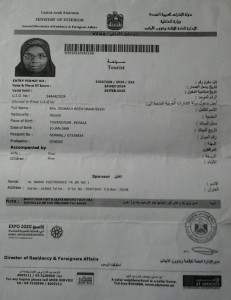 But what she endured once in Saudi was far worse than her journey.

After working for almost two years, she received only six months’ salary.

“As it was quite difficult to continue there, I had to flee,”

“If they had given me medical care at proper time, my disease would not have worsened this much. I suffered a lot with throat pain for nine months in Saudi. They didn’t care at all,”

She had also filed a local case against the agent but withdrew the trafficking charges in July.

“I have to look for a job. When the police call me to attend hearing, I may not even have money for transport to reach the station. So I withdrew the case.”

She lost her share of the land as her siblings had to sell it to clear her loans.

“One of my brothers too gave up his share. It is their benevolence that I have shelter and food. I need around Rs1,000 every 15 days for medicine alone.”

eMigrate is the official recruitment and migration channel for the recruitment of Indian workers to 18 Emigration Check Required (ECR) countries.

India issues ECR category passports to those who have not passed Grade 10 and to qualified Indian nurses.

All Foreign Employers (FE) on ECR listed countries must register in the eMigrate system to recruit Indian workers.

The applications are scrutinised by Indian mission houses in the country of employment and also by government offices in India.

If the rules set by the Indian government to protect the rights of the migrants and ensure safe migration are met, then the applications are approved.

In addition to the eMigrate system, India has separate memorandums of understandings with some of the GCC countries for recruiting Indian women for domestic work.

However, it’s relatively easy for women to travel on a tourist visa to the UAE, and from there be taken to other GCC countries,  where their visas are converted to a work visa.

This process circumvents the eMigrate system controls, and is how many women get trafficked. The Indian government receives no information about the job offer's terms of conditions.

In some cases, women then go missing and it becomes difficult for the Indian government to track and rescue them.

Rafeek Ravuther, director at the Centre for Indian Migration Studies in Kochi, filed 86 complaints on behalf of the missing persons’ relatives last year, in Saudi Arabia alone. He says that lack of regional agreement in recruiting Indian housemaids with the GCC countries is leading to trafficking.

“Currently, India doesn’t have a regional agreement with the GCC countries in recruiting women domestic workers. It has only country-wise pacts and it differs with others. This leads to cross-border trafficking,” Rafeek said. 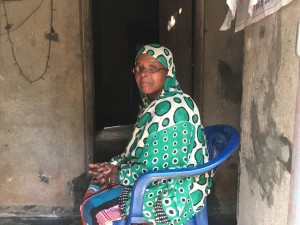 Joomaila at her home in Kerala

“Out of the 86, we were able to trace 66. Rest are still missing. They all had gone on visit or tourist visas and were trafficked,” Rafeek added.

Ashley William Gois, Regional Coordinator of the Migrant Forum in Asia (MFA), said that bilateral agreements are not going to help.

“Sending countries should have regional agreements. Countries of origin must demand greater collaboration in combating this illicit practice which has been going on for some years now which can only mean that syndicates at the borders may be operating,” Williams said.

“We cannot work at reforming recruitment practices if such activities take place at borders which smell of corruption and exploitation and where authorities might be complicit,” he added.

MJ Akbar, the Minister of State for External Affairs, said that the government received 220 cases against fake recruitment agents from January 1, 2017, until June 30.

The Indian government is currently debating the Trafficking of Persons (Prevention, Protection and Rehabilitation) Bill, but the legislation doesn’t touch upon cross-border trafficking.

“It is sad to see that the trafficking of Indian women to Gulf is not being considered in the anti-human trafficking draft bill. We are drafting strong measures to combat human trafficking inside India. But, we have forgotten about the women who are trafficked to Gulf countries as housemaids and then exploited,” said Hubertson Tomwilson, a lawyer with MFA.

The article is published as part the author’s 2017-18 Panos South Asia Media Fellowship programme under the theme Forced Labour and Trafficking. The Panos fellowship is backed by International Labour Organisation (ILO), Swiss Agency for Development and Cooperation (SDC) and Ethical Journalism Network.