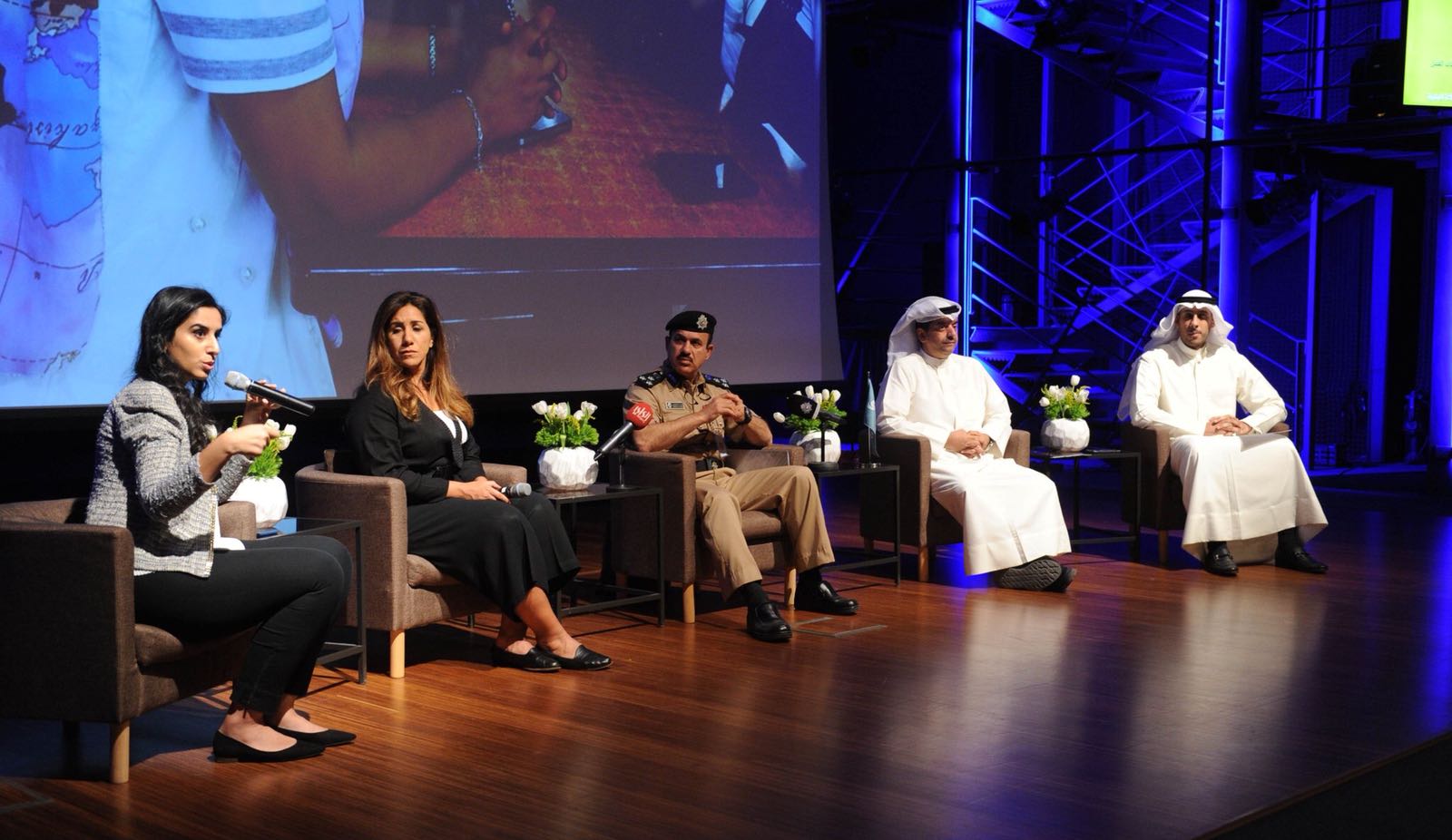 Speaking about – let alone advocating for – the rights of low-income labour migrants is polarising in the best of environments. For Bibi Nasser Al Sabah, 15 years of this work has been a process of both personal awareness and sustained activism.
As the founder and head of the Social Work Society (SWS), Al Sabah has been at the forefront of fighting for the rights of disenfranchised migrant workers in Kuwait. In the pursuit of justice for the most victimised, her days, along with her team, are often spent between police stations, providing support to workers filing complaints; in hospitals, checking up on abused workers and documenting information for cases; in courtrooms, coordinating with lawyers, and anywhere between the SWS office, embassies, and shelters, collaborating with migrant community organisations, advocates, and embassies.
SWS was registered officially in 2005. Al Sabah points out, “Long before the labour law reforms of 2010, before the trafficking laws, before the domestic worker's law. Our work has preceded and advocated for these policy reforms.” 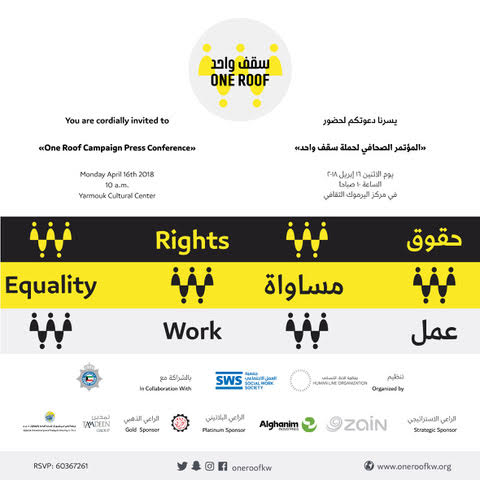 As a Kuwaiti organisation, their access, influence, and privilege are critical not only to directly supporting workers but to the formal and informal migrant groups who provide indispensable, often under-the-radar, relief and rescue.
While the most gruesome of abuses do receive outrage, day-to-day exploitation is normalised. Kuwait has passed a number of reforms to its labour migration system in the past decade, but changing behaviour and attitudes remain difficult. In April SWS and Human Line Organisation launched “One Roof,”  a national campaign to change perceptions of domestic workers and raise awareness about domestic workers rights.
In the run-up to the launch, Al Sabah spoke to Migrant-Rights.org on what it means to do the work she and her colleagues do, and the challenges in keeping these conversations going.

How do you balance social justice activism and politics?

Initially, when I started working I didn’t know how to balance politics and activism. I would just go in one direction – advocacy, advocacy, advocacy. Then I realised it really upsets everyone. I learnt over the years how to use politics. It’s all about language here, especially in the Arab world. You can get what you want if you know how to use the right terms. You need to know how to approach the subject. Being harsh and direct doesn’t always help. I went from seeing everything as black and white, to seeing the greys, as that’s where you get the work done.

One thing that helped is to keep out of the media. You can then do the work without getting entrapped in politics.

With the newly launched One Roof campaign, we are walking on eggshells. We need to talk to people about this grave issue without attacking them. That needs a mature approach.  The campaign is about changing perceptions.

The One Roof Campaign is a partnership between the Human Line Organisation and Social Work Society in collaboration with the Ministry of Interior.

Why and how did you start this work?

I graduated in 2003 and was working in the museum. I remember complaining about the heat, and how hot the steering wheel of my luxury car felt. And then I saw men on worksites outside. Though I mention this one incident, it’s more than that. You can’t live in this part of the world and disregard the inequality. Probably as a woman in this society, I empathised more. Which is not to say our (the workers and her) situation is comparable. Of course not.

A lot of people see the inequality, not all do something…

I used to wonder how they can be so desensitised. Then you realise that when people are comfortable they don’t see things. You have to nudge them. And you have to be conscious of how you do it, the language.

We’ve seen the difference. If you only keep on about the bad and share horrific images and stories people will switch off. You should do it, but balance it.

So that you don’t shut down the conversation even before it starts?

Yes. Recently we’ve been seeing a lot of injustices happening in beauty salons. And I decided to shed light, in my personal social media, on all the positive, good, ethical beauty salons.

Just speaking to the staff of the salons I went to. If I felt they were treated well, work 8 hours, get overtime, an off day, then I would just share on my social media about the place. I never speak to the owners.

People started paying attention. They started asking these questions when they go to a salon too. My friends also ask me to check out some salons before they use it.

A Trip Advisor of sorts?

Yes, exactly. You don’t want to keep hearing bad things. This way you know there’s a problem, but you also know which (salons) are the good ones.

Is there a compassion fatigue? Is that why people are tired of hearing bad stuff? Syria, Yemen, racism, Gulf crisis…

But it is different. There are bad things happening around the world, and there might be some fatigue on that. But people will always want to know what is happening in their community locally. You can’t bombard them. Even that information has to be curated well. Because there’s just too much out there.

I’ve learnt to disconnect as much as possible and try not to get emotionally attached. But some cases just tug at your heartstrings. An African worker was accused of witchcraft because she kept speaking of this guy in her head. She was put in jail. It took a while for her to open up to speak to me. Maybe it was a spiritual leader in her community that she was referring to. But she definitely didn’t deserve to be locked up by the police.

Speaking of police, how sensitised are they?

We are in touch with most stations and are constantly chasing them. There was this case of an Indian woman who was locked up for four years and she didn’t complain because she was always paid. When she wasn’t paid for three months, she managed to get out and file a complaint. The cops sent her back with the employers because they ‘promised’ to pay her and send her back. It was ridiculous and we had to take it up.

What kind of pushback did you receive when you started (and now) and from whom?

I used to be called the ‘maid lady’. And when we (SWS) were fighting to get minimum wages raised, people would have a ‘talk’ with me about how they had four or five staff and the minimum wages were too much. These are people from my peer group, carrying handbags worth thousands of dollars complaining about my fight for minimum wages. I would tell them that it’s really embarrassing that you are talking about this while carrying that bag.

Yes. A lot has changed. At the time it didn’t make sense to them. I think also recruitment agents made them change. It was an awakening to realise you pay so much to get a domestic worker and the worker didn’t get anything. Part of it was anger against the agents that eventually converted to sympathy for workers. In some people… for others, it’s just money and the workers are commodities.

And everyone thinks they are the victim, that their own rights are at a risk. Just because one worker somewhere has been on the wrong side of the law… is this collective punishment?

I don’t even want to go there. Just see the power equation. We can’t even take that line… Just look at the residency laws. The kafala system and the consequent misuse of ‘absconding’ cases. It’s just not right.

Changes happen, but slowly. It used to be so [easy] to just accuse a worker of theft, and the police would receive the employer’s complaint at face value and lock him/her up without proof. Now, many (police) realise that these are cooked up cases, so they ask for receipts of the goods that were stolen. But employers are smart. They now say it is cash. 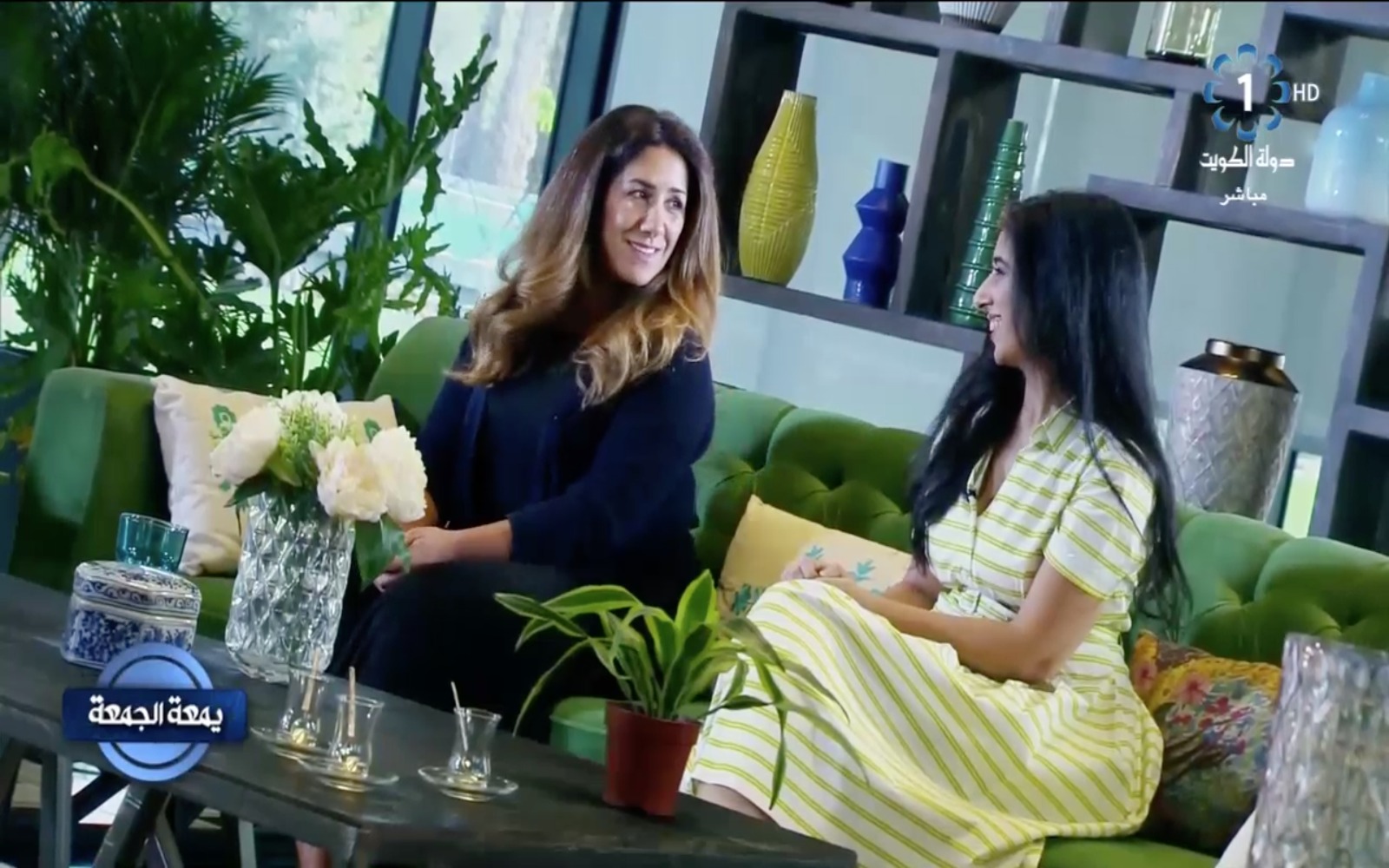 Do you think you’ve been able to trigger a discourse in the community?

We don’t think this subject will ever be a hot topic. And it’s not constrained to Kuwait or the region. It’s the same globally. It’s strange when we have a discussion with foreigners and to hear their thoughts…

There has been some change though. They will stop themselves from saying maid and say domestic worker. Or will make the right noises in front of us.

One of my colleagues was suggesting in this (One Roof) campaign that we make defending human rights trendy or fashionable. That if you are in the  ‘in crowd’ you treat the workers well, you don’t make them wear uniforms, you let them go out… It sounds funny, but in an environment that’s all about trends, maybe that would work.

The collaborative team tasklist on your phone shows hundreds of pending cases of workers in distress, seeking redressal…

Yes, and there’s difficulty in getting justice because it’s very hard to find lawyers. It costs a lot. The Humanitarian Legal Aid Foundation is wonderful and do great (pro bono) work. But we need so much more help. Unless we employ 15 lawyers full time, to do this work, it’s going to be impossible. That would cost a lot of money, which we are not able to support.

What is the one thing you’d change immediately?

We want people to have dignity. People to see that everyone is equal. It’s too much to ask. I want to say a day off so they enjoy life, then I think about them getting their promised and fair wages, then I think of something else. So difficult to find just one.

What do you want to see change in the long run?

I love my country so much. It’s not about me or SWS. It’s about Kuwait. The reason I do what I do is because I love my country so much and I am so comfortable here and it upsets me that other people are not. They should come and work here and have great stories. We used to hear so much about all the success stories. Ordinary people who worked in Kuwait and built their dreams. It’s no longer those stories. People are leaving with horror stories now. I want that to change. I want them to leave saying they had the most amazing experience living and working here.