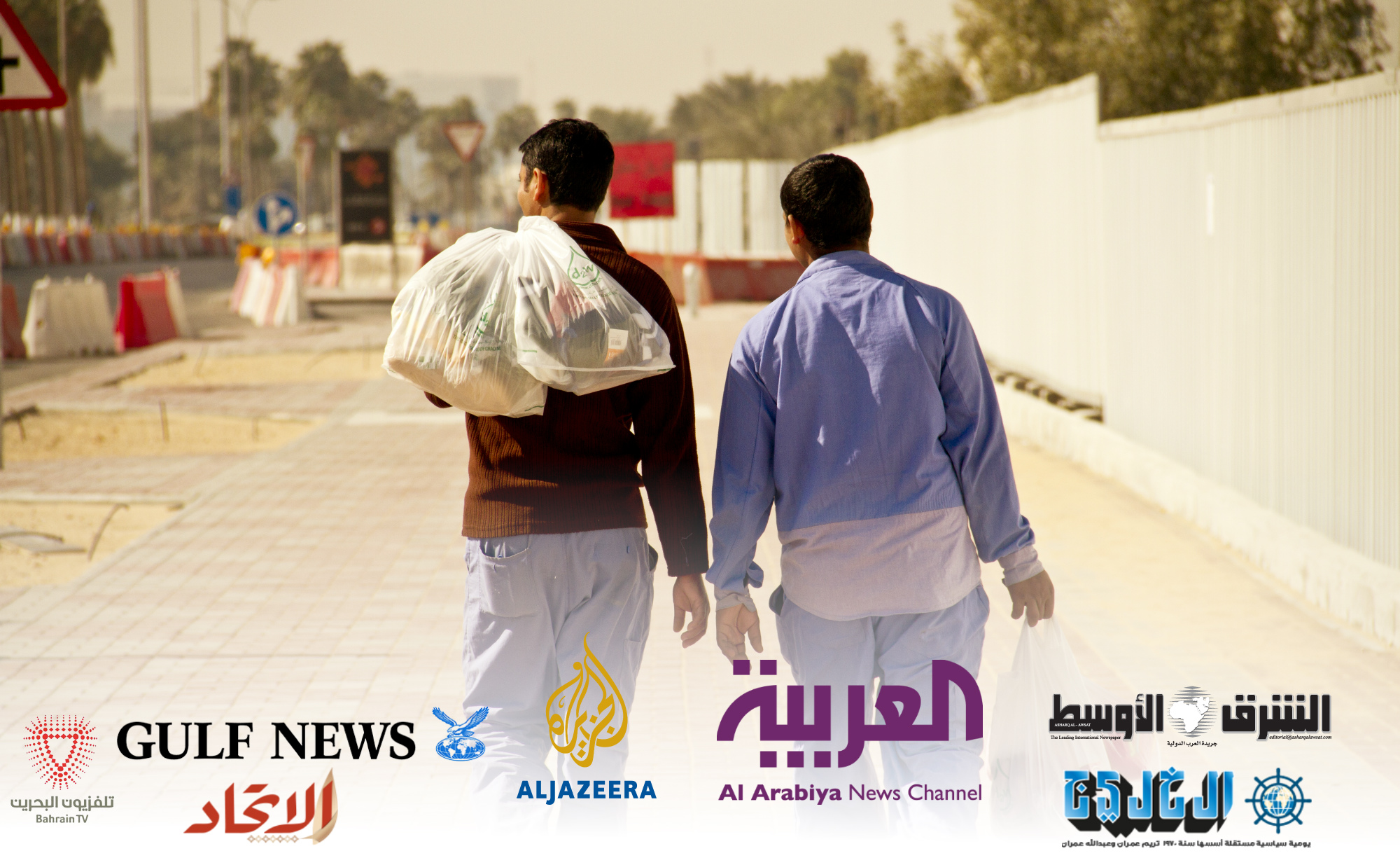 Since the beginning of the Gulf crisis, there has been a rise in regional coverage of Qatar’s treatment of migrant workers. Though greater visibility of workers’ rights abuses is needed, state-owned and state-sponsored media in the Gulf only address the topic to serve political agendas, leveraging abuses to attack and discredit their “enemy” while offering no substantive solutions or reforms at home.

This tactic is not new. In 2011, protests in Bahrain coincided with extensive coverage by pro-regime media outlets of attacks against migrant workers attributed to opposition forces. These stories attempted to reframe Bahrain’s violent crackdown on protesters, criticising violence against migrants – all while the regime passed several anti-migrant resolutions, including the reinstatement of the kafala system.

The ongoing Gulf crisis has broadened this discreditation at an international level, resulting in competition between state mouthpieces to undermine one another, with worker’s rights frequently deployed as a pawn in a larger geopolitical game. Saudi outlets accuse Qatar of mistreating workers and point out that the country’s decline in oil revenue has caused widespread layoffs of migrant workers whose salaries are unpaid while failing to address similar effects of falling oil prices on workers in Saudi Arabia. UAE-based media emphasize criticisms lodged by Human Rights Watch regarding the hazardous environmental conditions faced by workers on Qatar’s World Cup construction projects and the avoidable deaths of labourers. (This, while neither HRW nor other human rights activists are allowed entry into the UAE.) Emirates News Agency distributes reports to state-sponsored outlets detailing appeals by Gulf organizations to the UN and ILO, expressing concern that Qatar is preventing its workers from taking their annual leaves.

Though this coverage is more often valid than not, we can safely wager that it will have little to no impact on the conditions of migrant workers in Qatar, where state media has been on the defensive. Regime outlets repeatedly deny labour abuses while deflecting criticism of Qatar’s treatment of workers to the impact of the blockade on migrants in neighbouring countries. Qatari media coverage lauds the regime’s newly-drafted labour reforms and agreements (not all of which are binding) with origin countries as a way to curry favour with the international community and undercut the credibility of its critics and neighbours.

The digital war is multi-pronged, where not only state-funded traditional media are called to action, but dodgy social media voices mushroom overnight with tens of thousands of followers. Most social media users have neither the interest nor the patience to separate the wheat from the chaff, and the platform is fertile ground for misinformation and selective outrage.

What Qatar is accused of – rightfully – is not exceptional in the region. The scale and degree of abuse are more or less the same across the GCC. The Saudi-led quartet collectively underplays its own problems and puts the spotlight on Qatar. And Qatar-owned media play into that narrative by turning a blind eye to the deep and varied problems in its own backyard, while taking a moral high ground on human rights abuse around the world. Qatar, the self-proclaimed custodian of free media in the region in recent months forced its only independent news outlet, Doha News, to sell its operations, turning the website into yet another PR machine. So at present, there aren’t any strong critical voices that report on rights violations in the country.

There is really no grounds for Qatar to play the victim card when the majority of its residents continue to be marginalised and muted.

Yet, in light of continuing workers’ rights abuses and increasing diplomatic hostilities throughout the Gulf, it’s prudent to be suspicious of the motivations of quarrelling nations pointing fingers at the violations of the other. While a critical eye towards Qatar’s treatment of workers is necessary, the lives of migrant workers should not be used as a strategy to further governments’ own political and financial interests.