Paradox of empowerment: The high costs of economic freedom

The following observations are from conversations on migration with migrants and their families in Uganda. The nature of these conversations are not exclusive to Uganda but echo similar experiences of other labour-sending countries across Africa and Asia.

An infant clutched to her bosom, a young mother rises to ask, “If my son passes, will I be allowed to return to bury him, and then go back?” The 100-odd community members assembled in a town hall all nod their heads. They would like to know too.

If a loved one passes, can we return to bury them?

If the family we work for numbers 20 or 30 persons, can we refuse to work?

Is it alright to get all our salary at the end of the contract?

Can we speak to their family? Are we allowed to?

Will we get an off day?

If the man touches us and the madam gets angry, what do we do?

How much abuse is ok?

Do we wash their panties? Do we clean cars?

Will my wife be sexually harassed?

Will my daughter be forced into prostitution?

Will women be treated as sex slaves?

Countless such questions are thrown around, some answered by the trainers, some answered by their peers, but many go unanswered. Sexualisation of the work and workers laces every question. None of the conversations show a reluctance to migrate, only a desire to know what they are getting into. 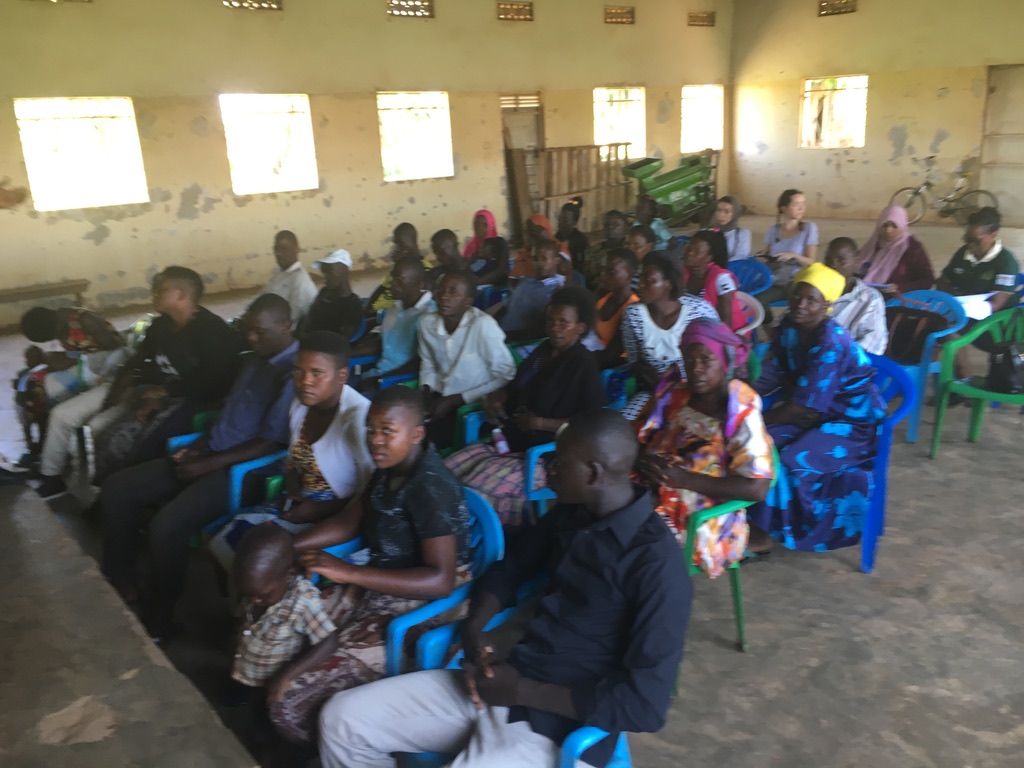 Most of them have not set foot outside Iganga, a rural town in eastern Uganda. They now want to go to Saudi and Jordan, Oman and Dubai… places most can’t identify on a map.

How can one answer the ‘can we?’,  ‘should we?’ and ‘will we?’ when the actual question is “will they be allowed to…?” Not necessarily by the law, but by powers far stronger – the employers.

We – the advocates and trainers – have to reiterate time and again that we are not recruiters. Yet, some waylay us. The mother who has saved enough to pay for her son’s passage to the Gulf. A young man who is willing to pledge his land if he can only go abroad and work. The impossibly young mother of an impossibly young woman who wants to send her daughter abroad to do ‘whatever work possible’. “Could you just get them there instead of bombarding them with information about the laws of the land?”

With the laws of GCC and Levant in hand, we attempt to answer question after question posed by aspiring migrant workers and their families. A pattern images, “Yes… But…”

Uganda has recently signed BLAs with Saudi Arabia and Jordan. It is also in the process of finalising agreements with Qatar and Kuwait,  and is in negotiations with the UAE.

Yes, the law allows, but the employer may not.

Yes, they might scream and talk rudely, but that’s not really a violation of the contract.

When domestic work, paid and unpaid, is treated as menial and undeserving of respect, when the place of women in patriarchal societies is subjugated, when migrant workers are treated with suspicion and the work of migrant women sexualised… How can the dignity of labour be codified into laws and bilateral agreements?

“They retorted, ‘she is a poor African, but smart.’”

There’s simmering anger when returnees contribute to the conversation in the pre-decision and departure sessions.

Immediately after we have waxed eloquent on their rights – holding your own passports, the right to communicate with their families back home and be paid monthly – a waif of a girl, no more than 22, stands up.  She has already completed three years in Oman and Kuwait. She passively confronts us.

“When I landed my passport was taken away, I never saw it till I was ready to leave. I was paid at the end of my contract. And I could not speak to my family for the first five months.”

The young woman had dealt with it in the best way she could. She told the family she had a right to keep per passport. “They retorted, ‘she is a poor African, but smart.” As if the two were mutually exclusive.

On how to contend with the many legal violations they may face, we offer hesitantly, “Call the embassy.”

They look unconvinced. They (and we) know embassies are impotent in most cases. That when they raise a very valid concern, it will get far worse before it may become even slightly better.

It’s also disconcerting that all of them expect to be treated on racially divisive lines. As a local trainer points out, ‘they think because we are black we are dirty; we are too poor to have a choice.’

This is not to say they are deterred from migration.

“There are many success stories. People’s status in society improves when they return from abroad and build homes or businesses. The (successful) women even look younger, as life in Uganda can be hard,” says Grace Mukwaya, who heads the Platform for Labour Action, a local NGO fighting for workers’ rights.

That is the ideal every person in town halls and training centres aspires to.

The discussion is not all about what the workers might face. It’s often about what they find difficult to understand about life in a foreign land.

The words fall on uncomprehending ears. Privacy as a concept is not familiar.

A long explanation ensues in the local dialect. You see, there’s no word for ‘privacy’ in the local languages. It’s an effort to set the context and explain what it means. This is an environment where the community is everything, and the line between the private and public spheres is non-existent.

As we struggle to explain privacy, we slip in that they are more likely than not going to be living and working in isolation for the contract period. The enforced isolation, restriction on mobility, and control over their lives will all be justified under the pretext of protection, privacy, and culture.