Advocacy in the GCC states seems an exercise in futility. It is like watching paint dry on a wall in the middle of nowhere that protects nothing but still stands firm, wide open to the dust and winds of the desert climes. Ever so often a fresh coat is applied, and as the paint dries, the inseparable residue of grime forms a pattern more telling than what the wall pretends to encompass.

To speak of human rights in general, and that of migrant labour, in particular, is often brushed aside disdainfully as a western concept, as if the fundamental rights of individuals were at cross purposes with nation-building. And as if the country were nothing more than its sacrosanct borders, and the people mere cogs to move forward the agenda of nationalism. This, of course, is not an issue unique to the Gulf states, but it is most definitely pronounced where the influential minority are threatened by the disempowered majority that toils in slave-like conditions for a national agenda that serves little else but empty jingoism. 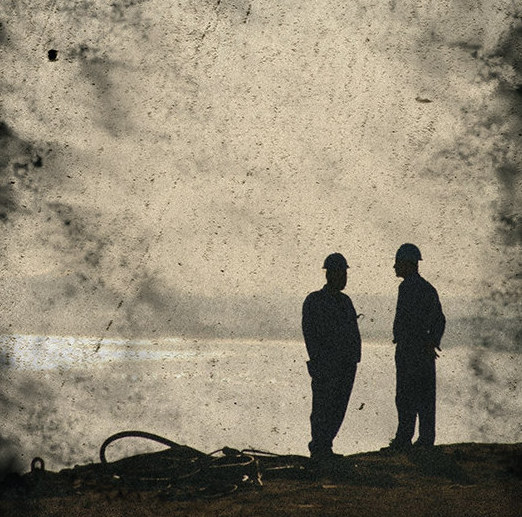 A lot has been written on the xenophobic discourses in the GCC against the large, indispensable population that holds up the economic structures of the rentier states. The plight of migrant workers is blamed on the Kafala system, lack of democracy, absolute (and ruthless) monarchies, corrupt businesses and the Sharia. These are not disembodied systems that exist in a vacuum. The inequity we bemoan thrives in the fertile silences of the complicit – not just citizens, but also the foreigners who find their fortunes here, the corporations that profit from the exploitative policies, international agencies that make far too many compromises in the name of diplomacy, and non-governmental organisations that have internalised the trope of the temporariness of migrant labour.

Every year or two, a new catchphrase will make an appearance, millions of dollars will be pumped in, and projects will be designed to amplify that agenda: recruitment reform, ethical recruitment, safe migration, anti-trafficking, access to justice, business and human rights, and what-have-you. There will be an agenda for destination countries and one for home countries, and there will be pilot schemes for certain corridors. It never gets old and is repeated time after time, the failure or lack of success not once deterring new investments and reenactment of old practices. Donors will decide what’s worth funding, and organisations will design programmes to fit that template disregarding the many truths on the ground that may sometimes be in conflict with each other.

Each of these agendas will come with its own funding stream, with a box set of experts and policy notes, and an enviable travel itinerary justified by global conferences supported by various UN and international mechanisms. The agendas may overlap, but the discussions rarely will. The lines of communication will remain weak and not considered particularly relevant. But do issues concerning labour migration and human rights fit so neatly into these distinct silos? Do the inalienable rights of the individual lend itself to such false classifications and hierarchy?

As common sense dictates, the results will not vary if the methods don’t. Yet, we persevere to define pockets of rights that need to be protected for a group that is assumed by all to be second-class citizens with no more due to them than what temporary measures may be warranted. The Gulf states will tease out reforms – “baby steps” they will remind you – as if they were inventing the wheel when all they have to do is set it in motion globally established practices.

The pandemic should not be an eye-opener for governments alone. It should be a wake-up call for activists and advocates, for community organisations, and conscionable citizens. At the best of times, if there were such a time at all, advocacy was limited to periodical reports and toned-down criticism. Now our work has devolved in many ways to provide services. Food packets, flight tickets, covering rents and providing for medical care. Charity without justice only provides impunity to exploitative practices and poor governance. Why should the absolute duty of the government and the irrefutable obligation of businesses be replaced by the benevolence of individuals and community?

In all of this, the voices of the workers remain muted. As long as they are portrayed only as helpless victims awaiting the largess of the privileged, their stories dependent on many interlocutors to find a stage, what will be advocated for is to only remove their victimhood. But that is duplicitous too. Because when they are not victims they are invisible, their problems seem trivial and their aspirations appear to belong elsewhere. That useless wall will remain, attracting fresh coats of paints, and we will spend years trying to scrub the grime already caught in amber. It is time for that wall to be dismantled brick by brick.

Gulf states cannot be allowed to fill their huge labour deficit by replicating conditions similar to the impoverished countries they recruit from. The utter and abject lack of regard for human dignity hasn’t been more visible than in the last six months. Inarguably, these societies and economies will collapse without the people it treats so poorly. It is disingenuous then for human rights advocacy to focus on piecemeal reforms. Too often we take what the countries are willing to offer and push them one tiny measure ahead. While this play may have worked at some point, it doesn’t when what is offered continues to be regressive. It cannot be baby steps towards the bare minimum, to achieve the most basic level of humane living.

So, it is not sufficient to settle for a minimum wage that is neither fair nor decent. It is not acceptable to rip apart families across continents because it’s not pretty enough for the Gulf to provide inclusive and decent housing. It is unethical to deny belonging to those who build these countries. It is downright criminal to give impunity to employers who commit the gravest of human rights abuse. It is unfair to apply charity in place of justice. And it is neocolonialism to prey on poor countries for your labour needs.