Both company management and government officials encouraged migrants to continue working without pay on state projects but broke promises to settle their wages upon completion. 52 workers remain stuck in derelict camp while they fight to recoup between six and 18 months worths of wages, as well as their end-of-service benefits. 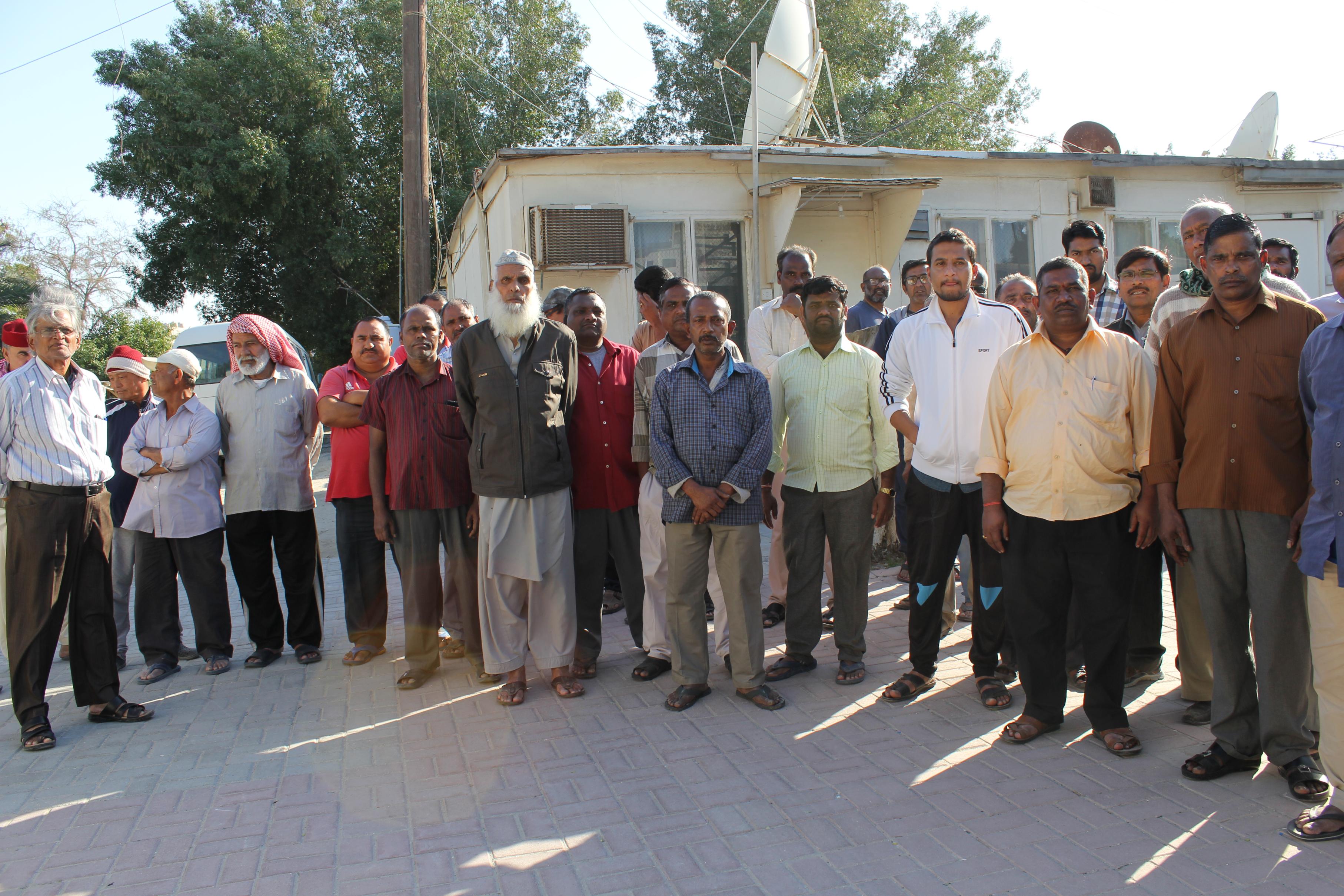 “We are suffering here, we are in a critical situation, we want to receive our settlement and leave.” The appeal was repeated by 52 workers from the G.P Zachariades (GPZ) construction company,  who have been stranded in Bahrain for over eight months while they fight for their due salaries and benefits. Their health has severely deteriorated as they struggle to survive in an abandoned labour camp. According to a doctor who examined the men at a clinic, “they won’t last long in this state.”

The men, hailing from India, Nepal, Bangladesh, and Pakistan, worked without pay for several months on government projects on the promise that they would receive their settlements once the projects were completed. But, with the government still owing an undisclosed sum to GPZ,  this promise has not been met.

Among the company’s last few projects before falling into bankruptcy were two major government contracts: A USD 27 million contract to build several structures for the Bahrain International Airport (BIA) modernisation Programme, which according to a Bahraini Minister was “one of the most important strategic projects for the kingdom of Bahrain;” and a USD 81.7 million contract to build the Oncology Centre at the King Hamad University Hospital (KHUH).

Registered in 1976, the Cypriot company was once one of the most profitable construction firms in Bahrain, and its main client was the Bahraini government. The company’s annual turnover peaked at USD 130 million in 2008-2009.

One source close to the company claimed that the Bahraini government owed the company BD57 million (USD151 million) in 2017. By the time GPZ shut down in July 2019, the company owed up to 18 months of wages to both blue and white-collar employees.

In 2018, Bahrain’s Works, Municipalities Affairs and Urban Planning Ministry paid BD one million to the company, which according to officials should have been enough to settle all pending wages. Many workers quit after agreeing to be paid in instalments, and the company gradually settled full or partial payments for some workers throughout 2017 and 2019.

However, many former employees complained they were sidelined and did not receive their dues. According to workers Migrant-Rights.org (MR) spoke to, the company prioritised settling payments to managers and engineers from Europe, mostly from Greece and Cyprus, who, along with the company’s owner, left Bahrain over two years ago.

In 2019, the company’s assets were auctioned off but workers said they received nothing from the sales. The Ministry of Labour and Social Development (MLSD) had opened a joint bank account with the company and required outstanding client payments to be sent to the account in order to settle salaries. But according to sources close to the case, the company sold many of its assets in cash, and the revenue consequently never reached the joint bank account.

“They are selling property like garage, workshops, warehouse and they sold them for so many lakhs (hundreds of thousands) and they didn’t give us a single fils, they sold everything but that money is not going for labour… they are using the money for something else.”

“Our general manager, who has now left, promised he will sell workshops, yards and so many stores, more than two million dinars worth of material… they sell but they didn’t give us anything.”

Workers also say that the company settled the wages for those who had worked at the company for a shorter time because of the smaller end-of-service gratuity owed to them. Most of the remaining workers are long-time employees of the company, and some have worked with the company for over 35 years.

It is unclear how many workers in total are still owed their settlements; some workers have found work with other companies while they wait for their due, and others have left Bahrain.

Of the GPZ employees remaining in Bahrain are the 52 men struggling to survive at the company’s last remaining labour camp without food, water, or medicine. They are owed between six and 18 months of salary ــ more than BD250,000 (USD 663,144) in total pending salaries and settlements. They have not seen their families in over four years.

Although the company stopped paying salaries, GPZ employees continued working on government projects for up to 18 months. According to the GPZ workers MR spoke to, officials from MLSD urged them to continue working on government projects without wages, guaranteeing they would be paid once the projects were completed. Workers said that the officials even visited their labour camp to convince them to report to work.  A senior GPZ worker recalled, “When the workers stopped working [due to unpaid wages] … the official visited the site and told us in a meeting with workers, ‘this is a government project and you cannot stop half-way, you have to complete the work and then we will settle your dues and arrange for your repatriation.’ When workers were asking about their wages, the official told us that, ‘the money is with us and after you finish the job we will guarantee that you will receive it,’ but it has been more than a year now and no one gave us anything.”

An Indian architect owed six months of wages also told MR that he was working on the Oncology Centre project at the KHUH when the company stopped paying his salary. He continued to work because the company promised he would receive his wages when the government released payment to the company upon the project’s completion.

Workers told MR that they and their families were under immense stress as they had to take loans for survival and were falling deeper into debt.

“The people here all have similar stories, their families back home are taking loans or getting help from others to survive,” a Pakistani worker owed over a year of wages said.

Most of the workers have become irregular, as only their sponsor ( the company) can renew their work and residency permits.  Through no fault of their own, they are now liable for their irregular status and fear deportation if they leave the camp to look for other sources of income. If they are deported, they would lose claim to their owed dues.  The Gulf Daily News has previously reported on the deportation of GPZ workers with an irregular status.

The Flexi-Permit — a scheme intended for workers to regularise their status and self-sponsor — is not an option for the workers because they have not been paid and cannot afford the scheme’s high fees.

In addition to their legal status, several of the stranded migrants – those who had worked longest for the company – are ageing and cannot easily obtain a job elsewhere. 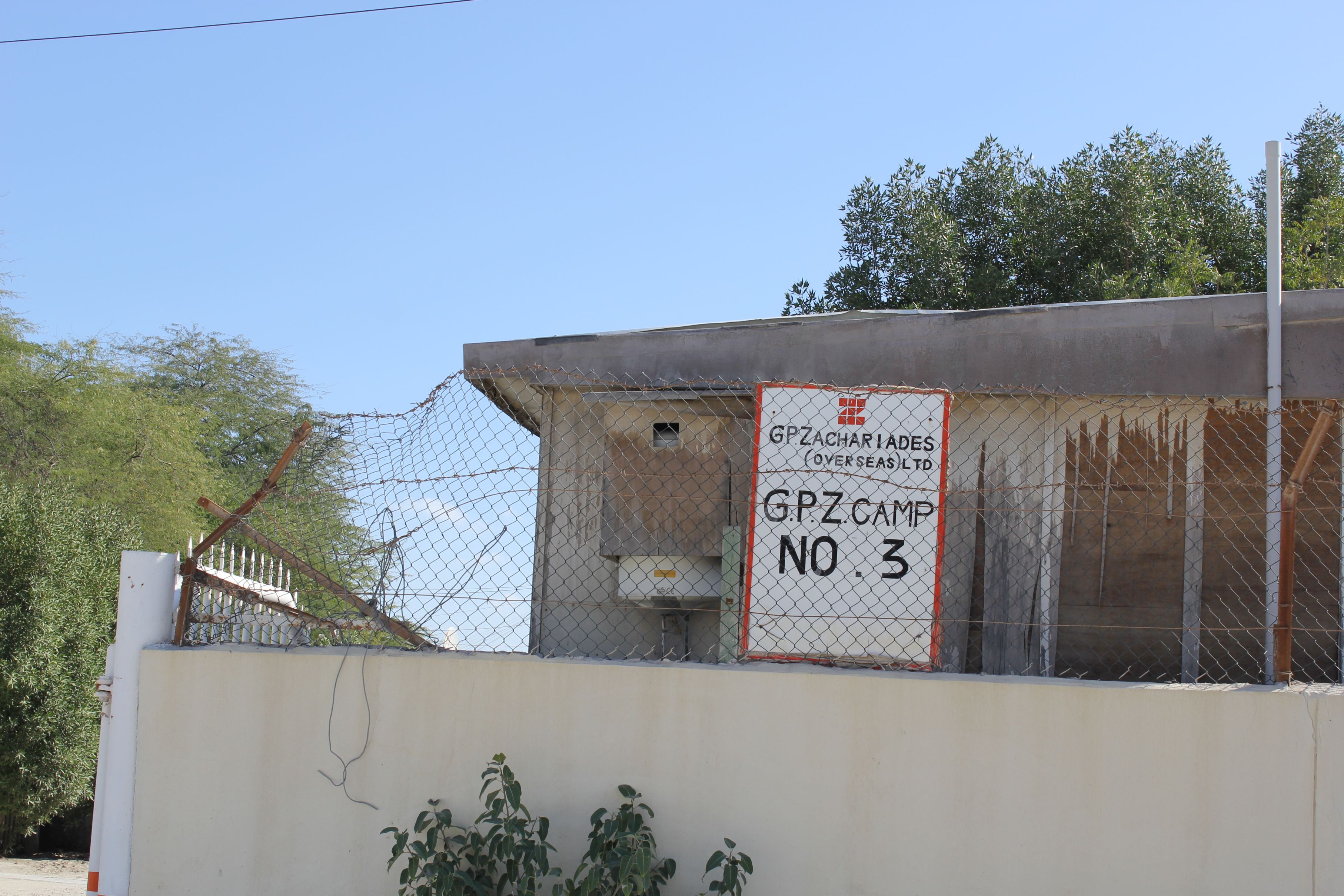 In any case, most workers only want to receive their dues and leave the country.  The 52 workers are still housed in the company's last labour camp in Budaiya but no longer receive food or a food allowance.

Many of the older migrants suffer severe illnesses and lack medical care. A senior Pakistani worker told us,  “I was in Salmaniya hospital for one month, I was paralysed, now I am out but can’t afford medicine.”

“No money for medicine, many people are sick, some people have diabetes, high blood pressure and because of this tension they are suffering, one person died of a heart attack last year… Razamiyah from Bangladesh, he died here last Ramadan,” added another worker.

The workers are now running against time. The landlord of their camp recently won a court case against the company for overdue rent.

In June 2019, when the landlord of a former GPZ labour camp in Sitra similarly won a case against the company for overdue rent, police evicted nearly 250 migrant workers. According to the Gulf Daily News, “The men walked out into the scorching summer heat as temperatures reached 42C yesterday – claiming they weren’t even allowed to take their personal belongings as the property was sealed off.”

The workers fear the same might happen to them. “We don’t know how many days more we can stay here, because anytime they can kick us out. The owner of this camp has already won the case because the company didn’t pay rent. Before they kick us out we need our due settlement and be sent back home.”

The Budaiya camp workers lodged another complaint at MLSD on December 25, 2019, but were only told that their wages would be settled soon, once the government pays its dues. The workers were turned away from the Ministry again on February 18, 2020, and simply told to wait.

Workers demands: We want to receive our settlement and leave

GPZ workers have staged several protests since 2017, which have resulted in deportations and even the death of an Indian worker during the protest after allegedly being shot by a teargas canister. On March 6, 2019, as camp conditions deteriorated and settlement efforts hit a dead-end, the workers protested by blocking the main highway near the company’s labour camp.  They were dispersed by the riot police and 11 workers were detained and deported without receiving their dues.

Speaking about the incident, one of the workers said “all of the workers were there but they [police] only took 11 of us. Nobody was doing anything [to help us], so we didn’t have any option but to block the roads.” A worker whose relative was among the detained said, “My relative spent 10 days in jail and was sent home with no salary, nothing.”

“We don’t want to block the road in protest, we want to do the right way, we just need our settlement and we will go.”

Workers say their embassies have not been supportive. In fact, following the protests the Bangladesh Embassy Labour Consul told Gulf Daily News that workers “have broken the law of the land by staging the protest on a major highway and we do not defend the act, and that “they will have to face the consequences. We assume that they will face trial and the (Bangladesh) embassy has no lawyer to deal with such cases.”

Most no longer bother approaching their embassies. Migrant-Rights.org reached out to the Indian Embassy for comment and received no response.

The Bahraini government’s slow response likely owes to its deep entanglement in the problem. As GPZ’s primary clients, who made direct promises to workers,  the government must immediately settle all workers' dues and finance their repatriation. Those responsible for this ordeal, including those who pressured workers to work without pay, must be held accountable.