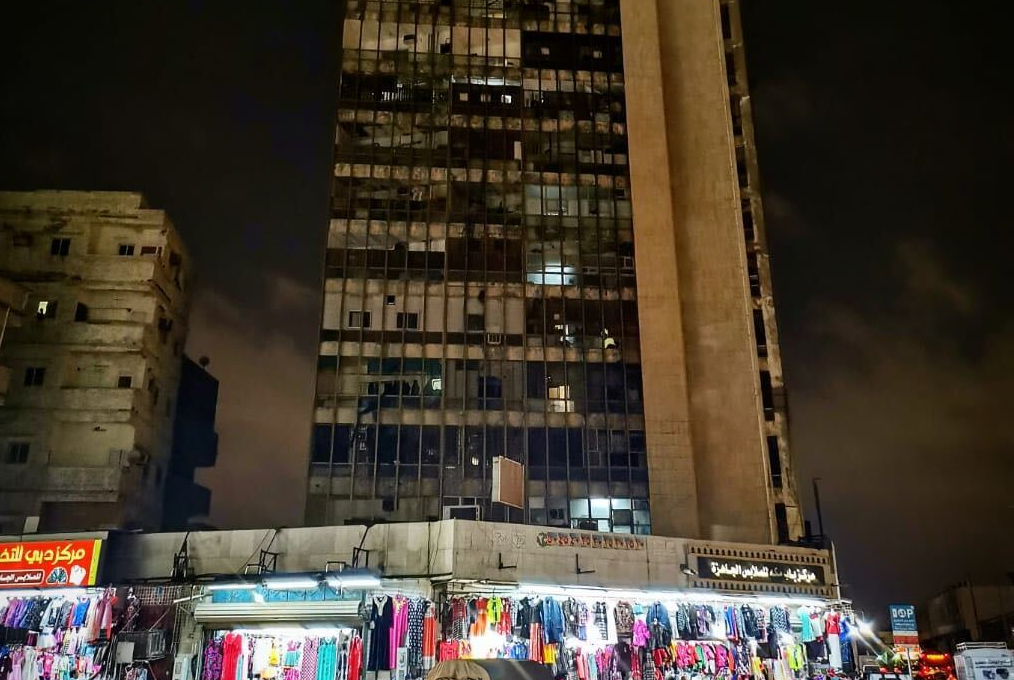 For the last 15 years, Farhan Khan* has run a small apparel store in Jeddah that sells Pakistani garments. He caters mainly to women looking for affordable traditional outfits for both everyday wear and festive occasions.

His shop is one of at least a dozen others in the neighbourhood that is home primarily to South Asians. But a number of these shops have had to shut down over the past three years and Farhan worries that he will be amongst the next.

Small businesses – especially those that serve the expat community – are struggling largely because of the expat dependent fee that Saudi Arabia introduced in 2017.

The fee obliges expats to pay a monthly fee of SR 400 per month for every dependent under their sponsorship. The high costs have forced many expatriates to either send their families back to their countries of origin or significantly reduce their monthly expenses – measures which have both contributed drastically to the drop in consumption.

Additionally, the added burden of the expat tax for the private sector has been difficult for these businesses to bear. In 2018, as part of a strategy to reduce Saudi unemployment, the government stipulated that companies which employ more foreign nationals than Saudi nationals will pay a monthly fee of SR400 (USD 106) per foreign employee. This fee is now set at SR800 (USD 213) per non-Saudi employee. And even those who employ an equal number of or fewer foreigners than Saudis must still pay a high monthly fee of SR 700 (USD 180) per non-Saudi employee.

“I don’t have a problem with hiring a Saudi or a non-Saudi, of course,” says Khan, who is from Pakistan, before he explains how the policy is impacting his business. “We are all humans – why would I have a problem with what nationality my employee is? As long as they do their job and are respectful to the customers and everyone else around them – that is my only concern.”

However, the quota means larger overhead costs due to higher salary requirements for the now-mandatory Saudi staff.  The minimum wage a Saudi worker must be paid for a job to be counted towards localisation quotas was set at SR3000 in 2013. There is no minimum wage for migrant workers.

But it is not just the challenges of higher wages that small businesses are struggling with – staff morale has also become an issue for migrant-operated businesses.

“Everyone is different but for the majority, any Saudi we hire is very confident his job is safe and so he doesn’t really perform well enough. They will show up late or leave early or be on their phone most of the time while the non-Saudi staff do most of the work,” he says. “And some are not comfortable being answerable to a non-Saudi – nobody has ever said this to me directly but I feel it, especially because most of those I hire are in their 20s and early 30s and young people can sometimes be set in their own ways.”

“We have had to keep a minimum of seven Saudi employees in the past two years and maybe two of them actually do their job. The others know that hiring them is the price we are now paying to keep our business running,” he says. “I am almost certain they don’t even want these jobs.”

The Human Resources Development Fund (HADAF) has set up employment centres across the Kingdom to support Saudi job-seekers, in an effort to tackle the unemployment rate amongst locals,  which stood at 11.8% in the first quarter of 2020.

Saudisation, however, is not a new initiative, and policies have been in place, on and off, since 1985 when declining oil revenues, combined with a growing Saudi population, meant reductions in public sector jobs. One of the objectives of Saudi Arabia’s ‘Fourth Development Plan’, which ran from 1985 to 1989, called for replacing foreign workers with Saudis.

This resulted in tighter immigration regulations and many foreign workers leaving the country. But the programme had little success because “Saudi nationals had neither the training for the skilled jobs nor the inclination to accept menial positions,” writes James Wynbrandt, in a chronicle of Saudi history.

Efforts to replace foreign workers with locals continued through the early and mid-2000s when, despite the boom in oil prices, non-oil sectors, and overall domestic revenues, local youth unemployment continued to rise. In 2003, the government announced plans to reduce the number of expatriate workers to 20% of the total population within a decade, and ensure that private businesses meet a 30% local employment quota. The lack of local skilled labour and the reluctance of Saudi youth to take up what are considered menial jobs continue to impede these goals.

In 2011, the Nitaqat program was officially introduced to accelerate the employment of Saudi nationals in the private sector. Companies are assigned a unique ‘Nitaqat status’ based on the activities and services they provide, the size of the company, and their Saudisation percentage, which determines the type of incentives and privileges they can avail when recruiting employees. By 2014, more than 200,000 private firms were closed down for failing to meet the conditions set within the Nitaqat nationalisation programme.

Efforts have also been made to keep certain professions exclusively for Saudi nationals. Although a few administrative jobs have been restricted to Saudis since the 90s, in 2013 legislation was passed that further reserved 19 professions in both the public and private sectors. These roles included HR managers, labour affairs managers, staff relations managers, staff relations specialists and clerks, receptionists, and female sales specialists.

The list has since been expanded to consist of 72 professions that include a combination of junior and management roles.

In 2018, the ministry also began nationalising parts of the retail and wholesale sectors, such as car and motorbike showrooms, shops selling ready-made garments for men and children, home and office furniture shops, and shops dealing in home appliances.

The initial decision announced a total ban on hiring any expat workers in 12 economic activities in the retail sector but guidelines for the Saudisation mechanism on the ministry’s website later stated that the targeted Saudisation in these activities had been scaled down from 100% to 70%.

The government has also recently imposed a 70% localisation quota on a number of other commercial activities.

Abdullah, a Yemeni who works in a shop that sells spices and flour in Mecca, has been informed by his employer that he will no longer be able to sponsor his visa.

“I have been living in Saudi Arabia for more than 10 years and this has been my third job,” he says. “I will look for another that can give me a visa otherwise my employer said that I can continue working for reduced pay and no visa and just hide if anyone comes for inspection. That is not my ideal choice but let’s see what happens. I don’t know.”

Over the past few years, several thousands of foreign workers have lost their jobs, and consequently the right to live in the kingdom, due to policies that prioritise Saudi job-seekers. However, the Saudi unemployment rate has only seen minor fluctuations.

The number of Saudi women in the labour force has seen a slightly more visible increase as unemployment rates reduced from 34.5% in the last quarter of 2016 to 28.2% in the first quarter of 2020. Some government initiatives have contributed to this reduction, including the launch of more than 200 child care centres and a USD 200 per month childcare subsidy for working women. Labour law amendments that protect the rights of female employees and the introduction of anti-gender-based discrimination provisions have also encouraged female participation in the labour market. The removal of the ban on women driving in 2018 is yet to be fully understood. However, it is safe to conclude that greater mobility for women would have a similar effect.

Khan states that he prefers hiring Saudi women to work in his shop.

“Women are relatively more eager to work – maybe they are grateful for the opportunity that wasn’t available to women a few years ago,” he says. “They show up on time and actually want to do the work and even take on more responsibilities – they are definitely better employees and I think if anyone is benefitting at all from Saudisation it is them and rightfully so. But I don’t know if that is enough.”

The expanding catalogue of Saudi-only roles and quotas have created a slew of challenges for businesses. These include higher overhead costs and the struggle over power dynamics between non-Saudi business operators and Saudi employees – as Khan and Lashari reflect – as well as difficulties in finding the right talent.

The Nitaqat requirements are also being made stricter; since January 2020, companies categorised as “yellow”, which indicated poor compliance, have been shifted to the “red” category, indicating no compliance.

“The shortage of skills is seen to be in the more technical roles reserved for engineers, architects, IT specialists, and healthcare practitioners,” writes Omer Zakaria, manager of Saudi Arabian recruitment at Robert Walters, in an explainer for the multi-national specialist professional recruitment group.

The industrial sector, which includes companies working in manufacturing, machinery buying/selling, and chemicals, have particularly struggled to adapt to more expensive labour and in October 2019, a cabinet statement announced that the government would be bearing their cost of fees for expatriate workers for the next five years.

“Companies that hire skilled-workers are especially feeling the need to compete over local talent as qualified Saudis increasingly move between jobs and demand higher salaries,” notes Zakaria. “This is why they are focusing on ensuring they can retain the best workers through better benefits.”

Iqamas are still being issued in roles where it is evident that there is a skill-set shortage amongst local talent.

“When there is absolutely no Saudi talent available, expats are hired and then Saudi employees work under them to receive the training they need. But the preference for every role is to hire a suitable Saudi.”

In order to increase trained and skilled national human resources, the government has expanded its multibillion-dollar scholarship program for young Saudis who want to study abroad. In the meantime, foreign workers and business owners remain cautious of imminent policies that could potentially put their own livelihoods in jeopardy.

Updated on September 20, 2020: The current costs of the expat tax has been clarified in paragraph 5.

Saudi's Minister of Labour and Social Development has issued a ministerial order revising the labour law’s executive regulations. The amendments include a table of labour law violations corresponding penalties, some which are new or updated with increased fines.