Saudi expatriate exodus is changing the social fabric of cities

For decades, Jeddah’s neighbourhood of Aziziyah, often referred to as a “mini Pakistan,” has been home to thousands of South Asians. 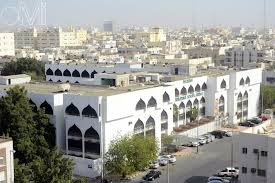 The Pakistani school in Azizyah

The neighbourhood, one of the largest in the city, features dozens of Indian and Pakistani shops and restaurants as well as an Indian and a Pakistani school. Its residential areas cater to a range of incomes, from shared housing for mostly single male workers to newer apartment complexes that attract middle-income families.

But since 2017, many residential units have fallen vacant and businesses continue to shutter as expatriates move back home permanently in large numbers.

This exodus isn’t just limited to Jeddah. Across the country, cities with historically large expatriate populations such as Riyadh, the Eastern Province, and Medina, have seen mass departures in recent months.  The total number of non-Saudis employed in the labour force declined by 1.47 million between the fourth quarter of 2016 and the fourth quarter of 2018.

“Our kids had never been to Pakistan and even though my parents did often remind me that I don’t have a permanent future here and that we, as a family, should stay connected to our roots, my wife and I just never fully processed it. So, this change was a very sudden and a hard one for all of us.”

The primary reason for these departures is a surge in the cost of living: In July 2017, the Saudi government began levying a tax on all dependents of foreign nationals, who make up between 35-37% of Saudi Arabia’s 33 million population. The monthly fee was to gradually increase over four years, starting at SAR 100 (USD 27) for each dependent.  As of 1 July 2020, the monthly dependent fee is SAR 400 (USD 106). Residency permits (Iqama) cannot be renewed, and new Exit-Re-Entry Permit cannot be issued unless the levies are paid.

The fees apply to every expatriate dependent – children, wives, parents – and includes “all nationalities with no exceptions.”  The fees are unaffordable for many expatriate families, who have had to send some or all of their dependents back to their countries of origin.

“I have three kids and a wife, there is absolutely no way I could have afforded to pay more than SR1000 a month just for them to stay here because we’d have absolutely no savings left,” says Ahmad, 36, from Pakistan. “I don’t know many people who could, so most have sent their whole families or at least their children back home.”

Ahmad was born and raised in Jeddah and only lived in Pakistan for the four years he pursued a bachelor’s degree in finance.

“I got married here and my wife has also spent most of her life here,” he says. “Our kids had never been to Pakistan and even though my parents did often remind me that I don’t have a permanent future here and that we, as a family, should stay connected to our roots, my wife and I just never fully processed it. So, this change was a very sudden and a hard one for all of us.”

Ahmad initially planned to move to Oman with his family, but later decided to begin paperwork to immigrate to New Zealand. He hopes they can permanently relocate there in the next few years.

“I feel like if I have to start afresh in a country, I am going to try to move to a place where my family can potentially have a permanent future and truly belong even after I retire,” he says. “The Gulf will always feel like home to me and my wife but the feeling isn’t enough if there will always be two separate sets of rights for citizens and residents.”

Eman, an Indian ninth-grader studying in an international school in Al Khobar, says that more than half of her classmates and other friends from before 2017 have now left.

“The change is so obvious to look at – classrooms are emptier, Indian and Pakistani restaurants and shops are now empty, when before they were almost always overcrowded,” she says. “I’d say that the majority of the people in my school didn’t come from backgrounds that you’d consider as ‘struggling’ but it is not the burden of the tax alone, it is the uncertainty of parents keeping their jobs.”

The fees will increase by SR200 annually for four years for most companies, except for companies operating in the industrial sector who have struggled to adapt to more expensive labour. According to a cabinet statement,  the government will bear the cost of fees for expatriate workers on behalf of licensed industrial institutions as of 1 October 2019, for five years.

The fourth quarter of 2019 did see the number of non-Saudis increase, for the first time since 2016, by 770,000. However, massive layoffs of many foreign nationals have continued as companies attempt to reduce their tax burden.  Along with a growing sense of uncertainty amongst many foreign workers,  the momentum for departures continues, albeit at a slower pace than 3 years ago.

“The expat exodus is very obvious in the neighbourhood where I live, which comprises predominantly expats,” says an Indian based in Jeddah, who has lived his whole life in the kingdom. He does not wish to be named. “Many houses in the neighbourhood were vacated en masse. Many still remain vacant. Almost every building – not only in my lane but in the entire neighbourhood, more or less – has vacant flats.”

The 30-something, who works for a private company and is also a cultural writer, adds that many small businesses like restaurants, salons, and corner grocery shops that catered primarily to South Asian consumers, have also shut down in the past three years.

A Saudi landlord, who wishes to remain anonymous, says that at least four of the eleven apartments in the residential building he owns in Aziziyah have been consistently vacant for the past two years.

He also co-owns a residential building in Rehab, another residential district not too far from Aziziyah that is popular amongst both Saudis and non-nationals. There, two of his eight apartments have been vacant for a few months last year.

“It has definitely not been an easy time the past 2-3 years but I am trying to hold on to the faith that the government is working hard to improve things and that things will get better soon,” he says, slightly reluctant to provide details. “But now that COVID-19 has happened and things are becoming even more uncertain, I wouldn’t be surprised if one or two more tenants leave permanently – I am definitely expecting it.”

He does, however, point out that landlords that rent out to lower-income families have been most directly impacted.

“In my Aziziyah building, the apartments are rather spacious and modern – most tenants are typically doctors who work for government hospitals or are in very senior management positions,” he says. “Even though they are expats, they aren’t as impacted right now as those who have lower salaries and the landlords who rent out to them. This can, of course, change in the coming months if the pandemic’s impact worsens.”

“The change is so obvious to look at – classrooms are emptier, Indian and Pakistani restaurants and shops are now empty, when before they were almost always overcrowded.”

A report by Jadwa Investment, a Riyadh-based company, reported that between 22 April and 3 June, a total of 178,000 applications were filed through their services to facilitate the departure of foreign workers and that around 300,000 non-nationals had already left the kingdom this year. However, the precise impact of COVID-19 on the migrant population is yet to be determined.

In March, the Saudi Ministry of Interior (MoI) announced that residency permits could be renewed free of charge until 30 July to offset effects of the pandemic.  In July, King Salman, again, approved the extension of several visa and residence initiatives free of charge.

However, ongoing job uncertainty and the rising cost of living – VAT rates were increased to 15% from 5% since 1 July 2020 – are likely to continue to force foreign workers to rethink their decision to continue working and living in Saudi Arabia.

And as expatriates leave the country at higher rates than ever before, South Asian neighbourhoods, like Jeddah’s Aziziyah, are emptying permanently with no formal efforts to preserve the cultural and social role they have been playing in the city’s diverse and complex history and modern-day heritage.

One of the only mentions of the neighbourhood in local media is in an op-ed for one of the country’s main English dailies that refers to the “home to thousands of expatriate families, especially Pakistanis and Indians” as “hideouts for criminal activities”, “a breeding ground for rats and mosquitoes”, and home to “illegal foreign workers [...] engaging in drug trafficking”.

“Not only is the depiction incredibly racist, but it is also simply inaccurate,” says Ahmad, reflecting the views of many commentators on the op-ed. “It is not full of ‘criminal activities’, just a lot of Pakistani and Indians and has been the home of many for literal decades.”

Saudi's Minister of Labour and Social Development has issued a ministerial order revising the labour law’s executive regulations. The amendments include a table of labour law violations corresponding penalties, some which are new or updated with increased fines.