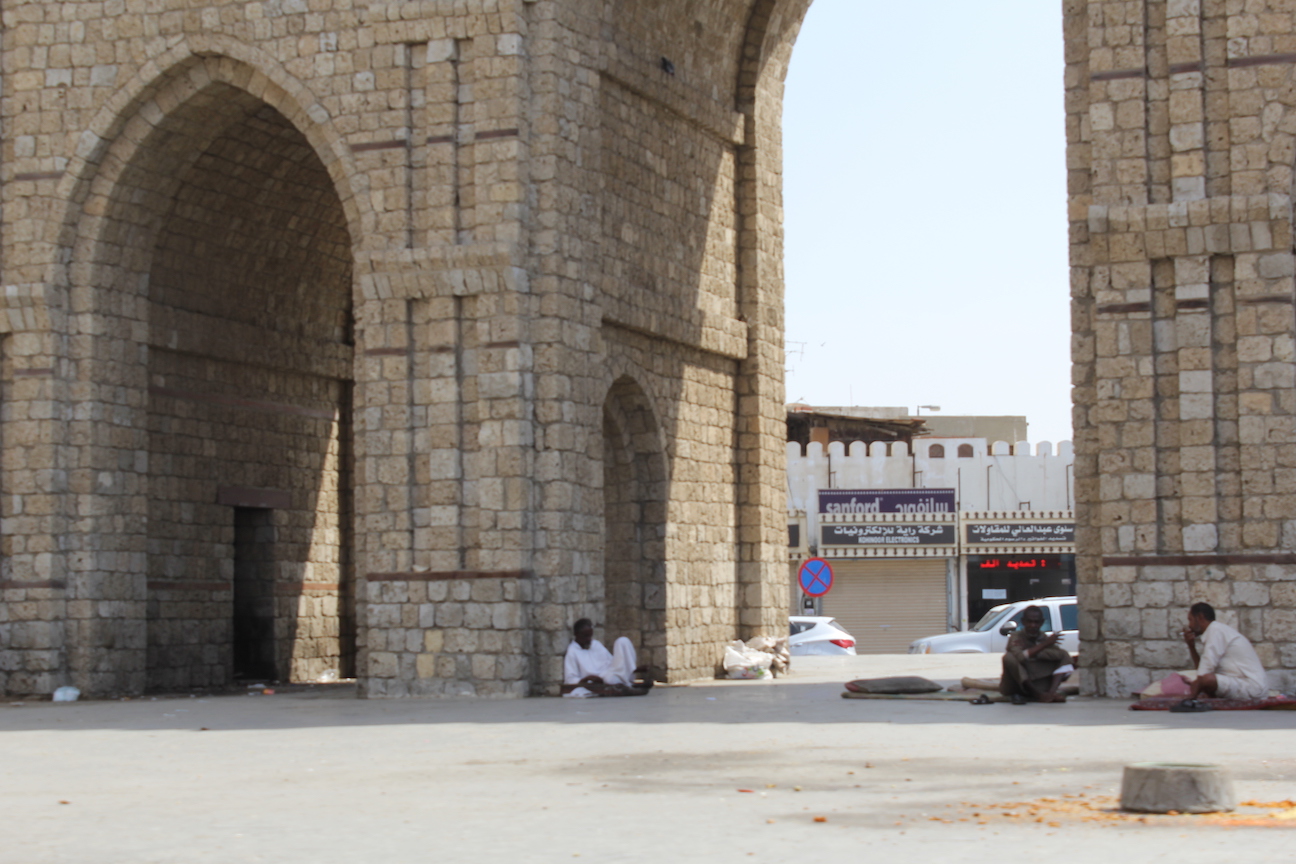 Asha, 37, and her three children are currently hiding in her cousin’s two-bedroom apartment in Jeddah. Her cousin lives with his mother, wife, and two children.

“I need help,” she says. “I really need help. I cannot live with them forever and I don’t want my children to experience what my husband might be facing right now.”

Asha’s life has always been uncertain but was considerably less so just two weeks ago. She was living in a small city between Jeddah and Makkah with her husband and her children, ages six to 12. None of them were documented – Asha and her husband came from Ethiopia on an Umrah visa nearly 15 years ago and never went back.

Her husband, who has had several different jobs over the years, has been working in a mechanic's workshop for the past five years. Two weeks ago, he went to work and did not return.

“When he didn’t come home that evening and his phone was also off, I knew something was wrong,” she says. “We asked people at work and they said that he went out in the afternoon, maybe for prayer, and didn’t come back. But I don’t know if I believe that they don’t know what happened.”

Four days later, Asha got a call from her husband – from Ethiopia.

Asha’s husband told her that he was stopped by the police, who asked for his Iqama.  Since he did not have one, he was immediately arrested.

The next day he was on a plane full of other Ethiopians to Addis Ababa.

“He said that plane was probably entirely all people who were living in Saudi Arabia illegally. He knows a least some had been in detention for a while, even months,” she says. “He didn’t know much else, I don’t know.”

Saudi Arabia came under scrutiny last year for the detention of thousands of Ethiopian migrants in miserable conditions. According to the Ethiopian government, over 40,000 of those detainees have been repatriated this year, separate from this new campaign.

Asha’s husband had to immediately go into hiding as conflict at home could result in him getting killed.

“He called me from his uncle’s house and said that he was going to stay indoors until his uncle would be able to arrange for him to be smuggled into Europe,” she says. Asha and her family are from southern Ethiopia, in an area that has been seeing pockets of tribal and ethnic conflicts that have been ongoing for decades. “He said he would rather risk dying in the process than to die for certain due to tribal rivalries. I was supposed to arrange sending him some money for this and he will help us get there as soon as possible also. If we get caught, it is a death sentence.”

Three days after his first call, Asha lost touch with her husband.

“He stopped calling and I cannot reach the number he called from either. I don’t have his uncle’s contact. I don’t know anything,” she says. “I just came to my cousin’s because I didn’t know what else to do. God willing, he is still alive. I am waiting for his call.”

Asha’s husband is one of the thousands of undocumented people who have been detained and deported since July.

Over 10,000 people have been arrested each week during ‘field campaigns’ that are being carried out by security forces and the General Directorate of Passports, or the Jawazat.

According to official statistics, more than 80,065 people have been found in violation of labour and residency regulations. The majority have been referred to their diplomatic missions to obtain travel documents while at least 8,829 people, including Asha’s husband, have already been deported. With thousands of migrants detained each week, already overcrowded detention centres poses a massive Covid-19 hazard.

There is also no clarity on the criteria and factors which determine who gets detained and deported. The lack of transparent procedures and the inability for detained migrants to appeal deportation sentences heightens the risk of rights violations,  including forced returns to countries where they may face persecution. Though Saudi Arabia is not a party of the Refugee Convention, it is still bound the principle of non-refoulement, a fundamental principle of international law which prohibits States from removing individuals from their jurisdiction when there are substantial grounds for believing that the person would be at risk of irreparable harm.

The Ministry of Interior warned that anyone who facilitates illegal entry into the Kingdom or provides an undocumented person with any assistance or shelter with penalties, including a fine of up to a million riyals and a maximum of 15 years in prison. According to reports, around 20 people have been arrested in either providing transport or shelter to violators since a crackdown commenced summer.

Ethiopians are not the only targets of the campaign. While Ethiopians currently account for 40% of arrests taking place each week, between 40-50% of arrests are of Yemeni nationals.

Abdullah, 28, is a documented Yemeni living and working Taif. But his two brothers, who also lived and worked in the same community as he did, did not have their papers. Both have been arrested earlier this month.

“One of them [brother] used to have an Iqama but the company didn’t pay him for months so he left and started working nearby,” says Abdullah, who works as a shopkeeper in a market. “The other didn’t have an Iqama at all but had been living here most of his life.”

Although Abdullah has the legal right to live and work in Saudi Arabia, his future in the country is increasingly uncertain.

International and Yemeni news publications have recently reported on a leaked classified document which was a request by the local government to businessowners in the southern parts of Saudi Arabia to systemically dispense of Yemeni workers.

The document allegedly instructs companies to fire Yemeni workers, cancel their residencies, and send them back home in the coming months if Saudi employees or those of other nationalities are available to assume their duties.

The main universities in southern Saudi Arabia have already dismissed 106 Yemeni academics after a decision was made to terminate their contracts without prior notice.

According to the Sanaa Centre, an independent think tank focusing on Yemen, the directive is about more than increasing ‘Saudisation’ in the workforce: it's also intended to put pressure on Yemenis living in their homeland, who rely on the financial support of their relatives in Saudi Arabia.

Yemen’s capital is currently under the de-facto ruler of the Iran-allied Houthis since 2014. A Saudi-led coalition has been leading a campaign against the Houthis territorial gains in a proxy-war that has been ongoing since 2015.

The Yemenis we spoke to said that the humanitarian crisis in Yemen would make it impossible for them to rebuild their lives if they go back to Yemen. Yemen is recognized as the world’s worst humanitarian crisis, and the lack of remittance that Yemenis based in Saudi Arabia send back home will significantly worsen the situation.

More than two million Yemenis live in Saudi Arabia and according to the Yemeni Ministry of Planning and International Cooperation, remittances sent from Saudi Arabia constituted 61% of incoming remittances. The World Bank estimated in 2017 that Yemenis remitted US$2.3 billion from Saudi annually.

Human Rights Watch and other rights groups have called on Saudi Arabia to halt the forced termination of Yemeni workers.