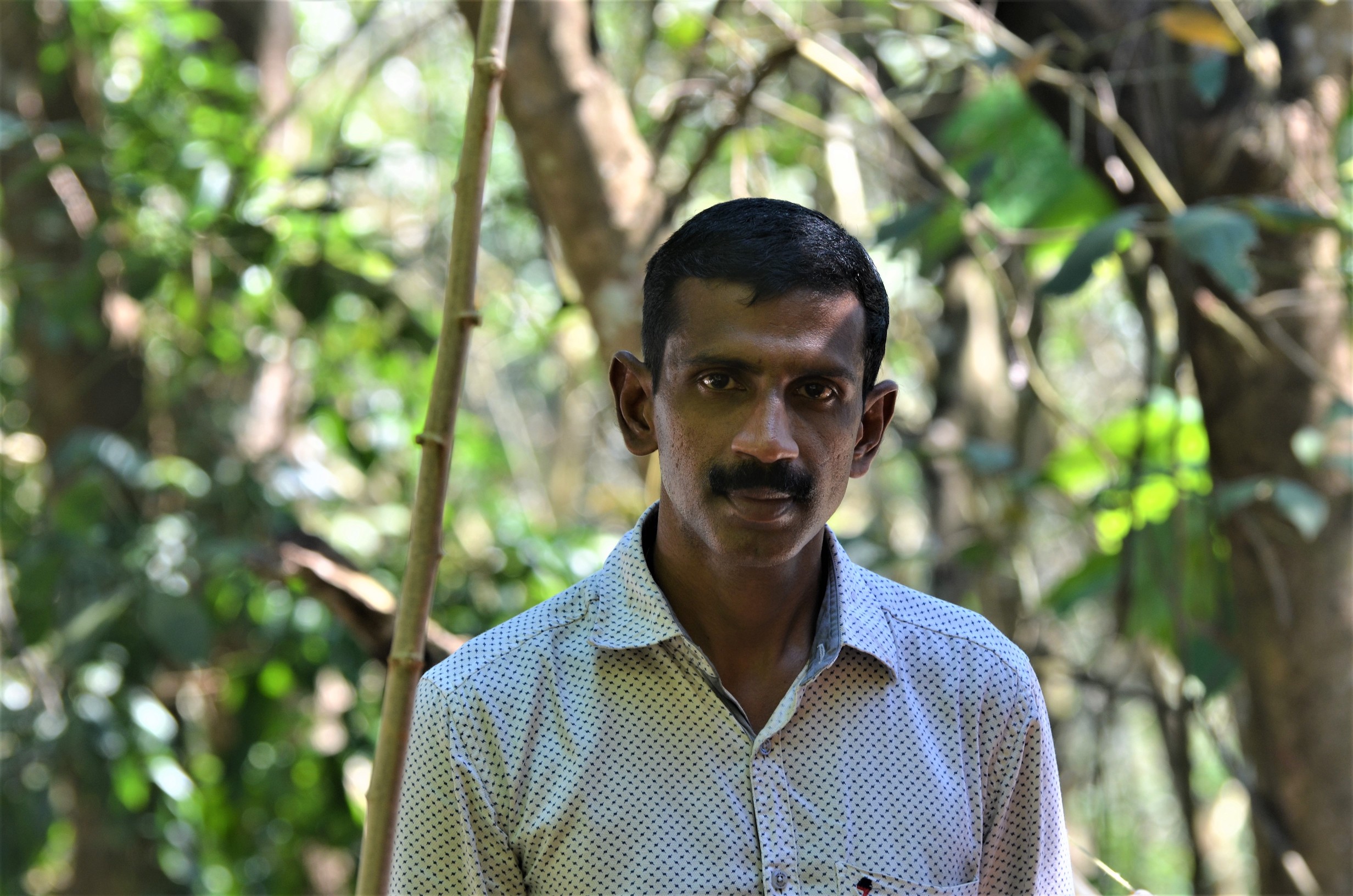 Some 4km from Anish Pudiyedathu’s home on the banks of Pamba river, near Perunthenaruvi waterfalls in Kerala, I stopped for a cup of tea. He called to ask about my location.

Anish’s mountain village is in southern India, in the Western Ghats, which is older than the Himalayas and home to at least 325 globally threatened flora and fauna.

The village is some 180km from Thiruvananthapuram, the capital city of Kerala.

The windy ride through upward curves and drastic descents was a task.

The GPS indicated I would reach in 20 minutes. “I am in the rubber plantation site across the river. By the time you reach my home, I will also be there,” Anish said.

He was waiting by the road in front of his old house. I had coordinated his return from Oman some months ago and he was eager to meet.

Anish (42) returned in June, on a flight arranged and paid for by donations. He had gone to Oman in September 2019 to work as an aluminium fabricator, promised a monthly salary of US$600. It was a small company with six workers in all.

By February, there was not enough work, and they were denied pay. By March-end, as Oman went into a strict lockdown, they were asked to stay put in their rooms.

“There was no work, no food, and no money,” Anish said.

Anish and his colleagues were supported by Kerala-based community organisations in Oman.

“We thought we would die. But somehow, we got the help of a few organisations. One organisation provided us with food continuously, and another issued air tickets. And on 23 June, we returned. From the frying pan to the fire, ” Anish added.

“I had gone to the Gulf to pay back the loan I had taken to buy this old house and a little land. I came back empty-handed and now I am clueless as to how I can repay the loan.”

Anish now faces pressure from the bank and struggling to meet the daily expenses of his family. The farming he dabbles in does not yet generate an income.

“I have planted rubber trees and tapioca. I have to wait for another five years to tap rubber to collect latex. And the tapioca I had planted is being destroyed by wild boars,” he said.

In the midst of this crisis, Anish’s father suffered a heart attack in August which accumulated US$1500 in hospital bills.

Anish wants to migrate again but opportunities are hard to come by.

“I am trying to migrate again. But there are no jobs in the Gulf. And even if there are jobs, the salary offered is low compared to previous years,” Anish added.

Will the Gulf job market grow?

The Gulf’s dwindling job market is a secondary explanation for the drastic reduction in the number of Indians migrating abroad for work through official channels. The primary reason is, of course, the pandemic.

By the fourth quarter of 2019, 295,173 Indians had migrated through the official eMigrate channel in 2019. During the same period this year, only 86,506 have migrated — a 70% decrease owing to closed borders and travel restrictions.

In September, when some countries re-opened their borders, about 1,200 migrated, and nearly 2,000 did so October.

“I looked for new jobs in the Gulf. I got a few too. But the salary offered is US$400, which is around a 35% decrease compared to what I was getting earlier. With that, it is difficult to save anything,” Anish said.

“So, I have dropped my plans to migrate. However, my wife will migrate to Israel. We have started processing papers for that,” Anish added.

She was also recruited as a frontline nursing assistant in Kerala during the pandemic.

However, she received only a salary of US$271.

“Since March she has been working for the government. But as it is a contract basis, the salary is pending. With that it is impossible to take care of the family,” Anish said.

The Middle East is heading towards an economic downturn much worse than the one in 2008-09 global crisis, due to the pandemic and record low oil prices, according to the IMF.

Anish has already contacted an agent through a relative and has agreed to pay US$12,250 to send his wife to be a caretaker in an old age home for  US$2,000 monthly salary

“We are processing the papers. Next month, she will quit the current job and go for a Hebrew tuition class. We have to pay only US$1,400 in advance. And only after getting the visa, we have to pay the rest,” Anish explained.

He will have to sell his land to raise this money.

“Already my debt is 13 lakhs (nearly US$18,000). I won’t get any loans. So, I will sell off my land. Without good earning, we won't be able to survive. Our children are growing up. The elder one is at Class VI and the younger one is at Class III. They will need good money for education. I will do farming and she will work in Israel.”

While opportunities for care work is likely to grow steadily across the globe, however, the uncertainty faced in other sectors may leave tens of thousands of migrants in a dire situation, particularly in the GCC states. With no social security or unemployment benefits, and an increase in wage theft and denial of end-of-service benefits, workers are going into more debt to sustain themselves. Those forced to return like Anish who still have land to fall back on, as well as the thousands of others who are more destitute, are both likely to remigrate.