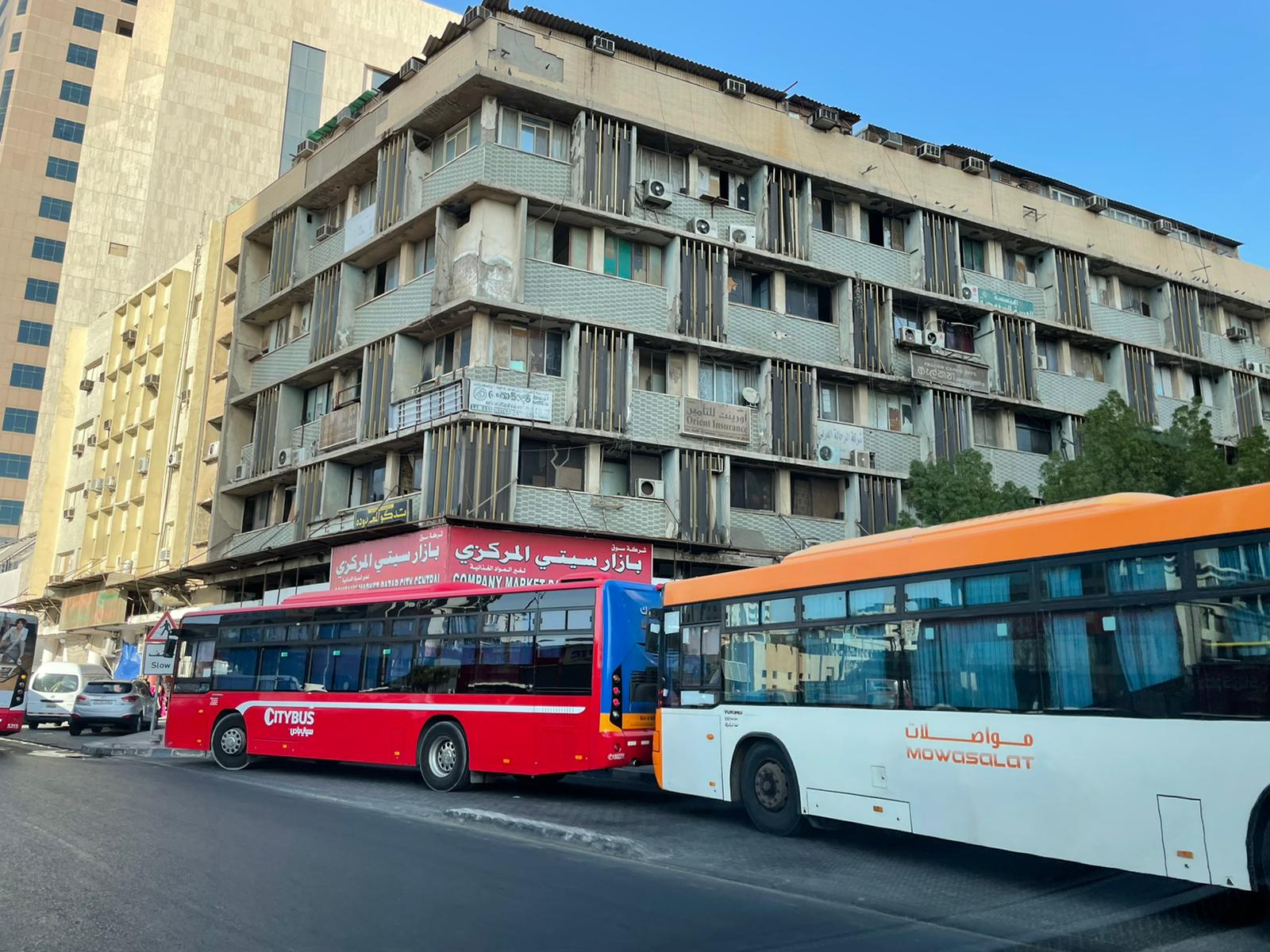 As the global health crisis shined a light on institutional and systemic issues that have plagued various industries, workers in the transportation sector in Kuwait continue to struggle.

Around 17,800 sq.km., Kuwait is a relatively small country and that should mean that mobility is quite simple. Yet, due to a virtually non-existent public transportation infrastructure, most people are dependent on private vehicles. This brings about several issues, from increased traffic to high CO2 emissions and related environmental problems.

And with the poor management and corruption that has infested the transportation industry, migrants working in the sector are the most affected.

Bus drivers are seen as royalty in the eyes of transportation workers because they are the only ones that have a fixed salary and accommodation provided by the company – but they still work long hours, around 12 hours a day,  and are paid low wages. Those working for the public bus company make around KD150 (US$450)  a month, while those working for private bus companies make between KD350 to 450 (US$1160 to US$1500) a month. To make up for the meagre wages, many bus drivers work on the side driving taxis since their license can be used for both.

“The fees are too much and we end up making only a little money, not enough to pay rent or food. In most cases around up to five taxi drivers live in the same room, which costs each person around 50 KD a month and then we need at least KD20 a month for food. We barely end up having enough money at the end of the month,” Ali, a 34-year old taxi driver from Kerala, explained.

Some days, they make no money after paying all the fees to the employer.  The company owns the car, pays insurance and registration costs, and provides visas for the drivers.

The pandemic worsened the plight of transportation workers manifold, as bus and taxi services were grounded for six months.

During the lockdown, taxi drivers, “even though they were forced to stop working, their employers [taxi companies] still forced them to pay the daily fee,” Alwain Jose, a member of Kuwait Society for Human Rights, stated. Some employers did waive the fee temporarily, but treated it as a loan and demanded repayment after a year. “Our employer did not ask us to pay during the lockdown, but now they are making us pay the money we owed them from April to May 2020 even though they knew we didn’t have work then,” Ali says.

On the other hand, thousands of migrant workers left Kuwait and without as many riders, bus companies were forced to downsize. Many bus drivers were let go. Normally, 60% of the riders are passengers travelling to or from Jleeb Al Shuyoukh, a neighbourhood predominantly made up of low-wage workers, according to figures by Kuwait Public Transportation Company (KPTC) officials.

Issues like withholding salaries and forcing taxi drivers to pay high daily fees have left several transportation workers vulnerable. Despite the fact that there are no licensed and registered taxi unions, several different communities have set up their own associations to help each other during times of need. Ali explained that he is part of a taxi association that was created five years ago and now has a growing membership of around 300 Indian taxi drivers.

“We have many group members from maybe 100 different taxi companies that we help. For example, if somebody got into an accident and doesn’t speak Arabic, he calls somebody from the association. Or if somebody has an issue with the car, he sends a message in the WhatsApp group,” Ali said.

Although these informal associations have been established, the inability to legally register a union means that these workers cannot lobby for their rights or demand changes to better their livelihood.

“Free, democratic and inclusive unions and associations are important elements of any thriving economy. In order to ensure a human-centric labour market or a labour market that prioritises sustainable human development, workers should be able to join unions or associations without any fear of retaliation in order to voice their own concerns about working conditions, engage in collective bargaining with employers, request better policies that protect and advance their rights,” Annas Shaker, a technical officer at the International Labour Organization (ILO), said.

“Our employer did not ask us to pay during the lockdown, but now they are making us pay the money we owed them from April to May 2020 even though they knew we didn’t have work then.”

According to Kuwait’s Ministry of Interior, there are around 18,000 registered taxi drivers under three different categories – airport taxis, roaming taxis, and on-demand taxis – though all of them are under visa 18, except airport taxis which are only reserved for Kuwaitis, who don’t need a visa to work.

While the two do more or less the same type of work, the risk of being a cruising driver is higher. According to Ali, they are more likely to encounter problems with the police, since their job requires them to roam around the streets. He pointed out that many taxi drivers are regularly stopped by and questioned by police, which sets them back a few hours and thus reduces the number of passengers they can pick up in a day, resulting in less revenue. Cruising taxis are more visible because they have a light on top of the car, while on-demand taxis are more discreet, with insignia advertised only on the side doors.

Further creating a divide between taxi drivers, airport taxis can only be operated by Kuwaitis and only those with an airport taxi can drive passengers from the airport to the city. This has created an obstacle for other taxi drivers as the airport route is a vital part of the business that they are excluded from.

In order to gain more passengers, some taxi drivers, both cruising and on-demand, are on the Careem ride-sharing platform. According to data obtained by Careem, they have two types of cars, comfort [which are private cars and limousines hired by car companies] and taxis, with the latter making up the majority of their fleet.

Careem does not own any taxis or hire any taxi drivers directly. The application is part of what is known globally as the ‘gig economy,’ in which people work for different platforms on short-term contracts or as freelancers. In Kuwait, however, drivers are contracted to a single sponsor, and such gig jobs fall into an as-yet-undefined job model in the region.

Who they are, what they earn

Although all taxis have a meter system and the fare is based on distance and time, most drivers do not use it and agree on a price with the passenger before starting the trip.

The ambiguity of pricing and the lack of a clear meter system poses another challenge to taxi drivers. Ali explained that usually, the price from Kuwait City to Jleeb Al Shuyoukh (a 15km trip) costs around anywhere from KD2 to 2.500.

While the system has exposed transportation workers to various risks, their background has also enabled different forms of discrimination and abuse.

Jose stated that the majority of the transportation workers are from South East Asian countries like India, Bangladesh and Nepal. Like many migrant workers in Kuwait, they travelled to the Gulf country to make a living and support their families back home.

The language barrier is one obstacle that transportation drivers face as many do not speak English or Arabic,  posing a challenge when dealing with passengers, authorities and their employers. This is one of the reasons, as Ali mentioned, that taxi drivers set up makeshift associations.

Xenophobia and anti-resident rhetoric are also on the rise, which affects transportation workers in several ways. Sharing the struggle many migrant workers, bus and taxi drivers, fall into the trap of being underpaid by customers or encountering visa issues with their sponsors. They are also directly affected by the mass departure of residents in the past year, as public transportation is mainly utilised by residents who cannot afford to own a car and those that are unable to obtain a driver's license. To receive a license in Kuwait, migrants must earn at least KD600 (US$2,000), have resided in Kuwait for more than two years, and hold a university degree or higher.

Transportation workers are left vulnerable and exposed to mistreatment as the system put in place does not provide them with protection.

Although Kuwait has ratified the ILO convention No 1 of 1919  which states that employees should not work more than eight hours a day, that is not the case for workers across several sectors, including the transportation industry.

“One thing that Kuwait can do for all workers in the country is to enhance labour inspection. Labour inspectors need to ensure the law is enforced, the workers are protected, contracts are enforced and occupational safety and health measures are respected,” Shaker stated.