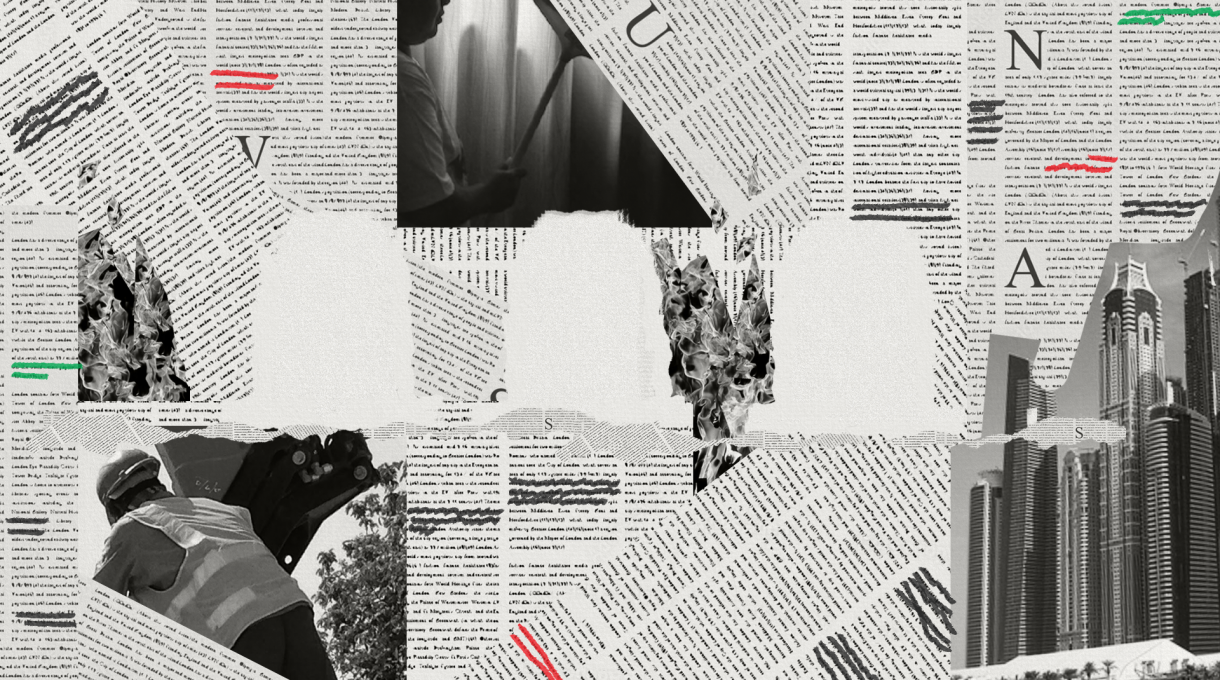 My complicated journey to Boston began when, as a reporter working in the United Arab Emirates, I was assigned to cover a major fire at the National Paints factory in the city of Sharjah in 2010. The day after my article was published, I received a tip that a firefighter on company payroll had perished in the blaze. The company owners and police officials had not disclosed any casualties.

I went to the site and met Tabreer Ahmed, who told me that his brother, Khurshid, had died while trying to contain the blaze. He presented me with a photo of his deceased brother, and we exchanged phone numbers.

He was rebuffed by company officials, who denied that any of its employees had died during the fire. The company told Ahmed they had accounted for everyone, that all of them were safe, and suggested he file a missing person report.

The company told me the same. Similarly, the police and civil defence authorities denied there were any fatalities. Meanwhile, Ahmed passed along my phone number to two other families who claimed their sons had also died in the blaze.

I discussed the story of these victims with my editors, who said there was nothing to be published if officials had denied the deaths. I was dismayed that my editors believed the supposed credibility of officials more than family members who knew that their loved ones were gone. In my heart and mind, I kept returning to the tragedy. I could not comprehend how anyone could casually dismiss the existence of three victims who fought to contain the fire. I felt I owed it to them to get their story out there.

I pitched the story to a couple of European media outlets that had also reported on the blaze and offered to cover it, without using my byline. But none of the outlets accepted, emphasizing that they could not take any article about the blaze anonymously.

I was dismayed that my editors believed the supposed credibility of officials more than family members who knew that their loved ones were gone.

One editor followed up on my query, asking me to assist their reporter who was in the Emirates at the time by sharing some sources for a court case. In return, their reporter would meet the families of the deceased and interview them for a follow-up. I agreed. After the reporter returned to Europe, he emailed me apologising that he could not proceed because his editors were only interested in stories from the Emirates with a tangible European angle. The deceased were all Indians.

The families of the victims had hoped that this reporter would follow through and write the story. When I informed them that he had backed out, and of the reasons why he could not proceed, the two families stopped talking to me.

Two months after the fire, workers cleaning the site discovered human bones. The source who had tipped me off earlier called to let me know that police were removing the remains. It was not just one body. There were bodies of three firefighters. Despite the clear evidence, officials still refused to confirm the fatalities.

One of my editors was angry when I updated him.“We’ve been there before, Yasin,” he said. “Police say nothing; we write nothing. What’s so difficult for you to understand?”

I was perplexed by my editor’s insistence on never rocking the boat, essentially disavowing our journalistic mission as watchdogs and speaking truth to power. I tried to convince my editors to change their minds, reminding them that our media competitors were pursuing the story.

Oddly enough, that was the only reason they relented. They feared facing a corporate superior about our sagging readership more than they cared about the fundamental needs of a free press.

The editor responded, “OK, go for it.” But still, only a fraction of my submitted copy was actually published.

My colleagues who knew how much I had invested emotionally in covering the story called to congratulate me, but it did not alleviate my anger. Had company owners, police, and editors not dismissed the story, the remains of those victims would not have stayed hidden for months in the rubble of that horrible blaze.

After that, I obsessed over every potential story about a fatality that our editors refused to publish. There were numerous stories of unexplained suicides, covered-up murders of domestic workers, and the deaths of workers who fell from high-rise buildings in Dubai and Sharjah. The expected line was that publishing these stories would tarnish the public image of the UAE and their leaders. The media is expected to exercise an independent watchdog role in their respective communities but in the UAE this role was co-opted, with disturbing frequency, to function as a protective screen for ruling elites and their businesses.

I sought an alternative. I compiled these ignored stories in my first book, The Ambitious Struggle. As soon as I published it, government officials were angered, and their revenge was swift. They forced my editors to terminate my employment and expelled me from the country I’d called home for over a decade.

I spent the next two years in Uganda before finally arriving in the United States, where I applied for asylum. As I’ve sought to set up my life here during the last five years, I’ve been unable to forget the victims whose stories were never told as they should have been, and whose dignity was denied.

Yasin Kakande, originally from Uganda, lives outside of Boston and is pursuing his MFA in creative writing at Emerson College.