Sandigan Kuwait: From Survivors to Defenders

Ann Abunda came to Kuwait from the Philippines in 2000. In the 18 years she has lived here, she has secured her family’s future, helped hundreds of domestic workers access justice and receive relief, and built a family of her own.

Domestic workers in Kuwait are helping each other improve how they live and work, and are finding the strength in numbers to support those who are worst-placed.

Ann Abunda came to Kuwait from the Philippines in 2000. In the 18 years she has lived here, she has secured her family’s future, helped hundreds of domestic workers access justice and receive relief, and built a family of her own.

She was 22, and with no idea about where she was headed to. “I knew nothing about the stories of abuse. How to get help… not like now, where we can get all that information.”

She wanted to go to the US, but since the process was long-winded, she grabbed the first opportunity that came her way. Working for a Kuwaiti family.

She was ill-prepared for what lay in store. 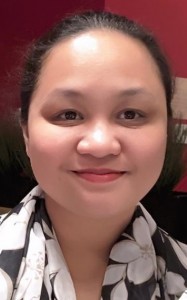 “There was no problem with salary. I was promised USD200 and got about that much. But the culture shock, the lack of proper food, the verbal abuse… were all too much.”
She kept going until the abuse became physical. “This was a year into my contract. I ran away. And started working in another house.”

Working for someone other than one’s employer is illegal and criminalised in all GCC states. However, the Kafala system gives no alternative to escaping abusive employers without exiting the country.

While the law holds employers responsible for hiring ‘runaway’ workers, in practice it is almost always the worker who bears the brunt of irregularity. The power vested in the employer, even an irregular one, is far higher than what the worker can aspire to.

So when Ann had a disagreement with her new employer, she was taken to the police and turned in for being a ‘runaway’.

“That was in 2004. Fortunately, someone helped me and I managed to get out, change my visa and find a job in sales, which is what I did before I came to Kuwait.”
Her family back home were oblivious to her plight.

In the ensuing years, Ann became a contact point for other Filipinos who needed support or a kind shoulder.

“Lots of people were asking me for help, most of them were domestic workers and there was no group. No support. So, in the beginning, we focussed on those workers, now we accommodate anyone in need.”

Ann recalls her own trauma when the only person she could turn to was an unhelpful recruitment agent. “I didn’t even know where the embassy was.”

It’s her own experience, and the experiences of all those who reach out to her, that has shaped the organisation.

“We now train volunteers in Sandigan to help us. We counsel workers. We are well organised,” she says of the now-7000-strong organisation she built with two other compatriots. The Sandigan Kuwait Domestic Workers Federation (SKDWF), which has 5000 members, handles issues specific to its target group.

“Due to lack of knowledge, even rescue becomes different. Filipinas trust easily, and they are manipulated by traffickers and agents. We explain their rights to them. Teach them the grievance redressal process.”

The group has also been supporting awareness campaigns of government and quasi-governmental agencies, including the One Roof campaign.

“I have a full-time job. And I often want to stop doing this. It drains you. Then someone calls for help, and I know I have to help.”

In recent months, Ann and her colleagues have been overwhelmed with cases.
“The Kuwait amnesty and the President of the Philippine’s asking all workers to return created a mad, uninformed rush. The workers thought they could just leave their employers, go to the embassy and be on the next flight home.”

Because there was no clarity on processes, Sandigan had to step in and help workers seek amnesty.

“Giving them the right direction. How to process the papers. There were migrants on regular status also who wanted to go back. The President’s announcement was misread and large numbers ran away from home.”

This caused another huge problem.

Only those who ran away before the amnesty period can avail amnesty according to Kuwait guidelines, not those who run away during. During that time – with both the diplomatic crisis between the two countries and the amnesty – the Philippines shelter housed 1200 women. “Only 5% availing amnesty and rest ran away due to the announcement. Daily we saw 30-50 runaways.”

These workers were repatriated with the Kuwait government’s help after the amnesty period was over. Though the ban has since been lifted, the Philippines is still waiting for guidelines on deployment, as jurisdiction over domestic workers has shifted from the Ministry of Interior to Public Authority for Manpower, says Ann.

Ann says it seems like things have become worse in the last 18 years. “It may appear so due to better reporting, or exaggeration, or because it is the truth.”

In 2013, Sandigan demanded a temporary moratorium due to the increasing number of cases.

“In Kuwait, the domestic workers' law is not implemented. The situation continues to be dire. So our stand was, why send workers when they are not safe.” They wanted an assurance that the law would be implemented. She raises a note of caution, that not all that is legal is safe when it comes to migration. Ann feels strongly that only domestic workers who know their rights and are not afraid to talk and claim the same should be migrating.

“But without any consultation or discussion, the [Philippines] government had announced a ban (which has since been lifted).”

She is also sceptical of the bilateral agreement between the two countries. “They talk about cell phones and wages, but where’s the emphasis on implementing laws in Kuwait.”

Her work with the group is not what pays the bills.

“I have a full-time job. And I often want to stop doing this. It drains you. Then someone calls for help, and I know I have to help.”

In the not so distant future, she would like to include other nationalities in the group, or at least help set up similar groups for them.

There’s a wealth of knowledge and experiences within Sandigan that should be portable, especially when it comes to dealing with those in extreme distress.

“We have a four-step process. Group them as per experiences, some may have trauma from back home. The next is to break the wall of silence by telling the stories. Then the process of mending and healing. And then moving forward… to access new livelihoods.”

Ann has stumbled through the experience herself before proper help was available.

“For 16 years I didn’t go home. I lost my mother. I didn’t go back when she was sick and hospitalised because I had to pay the fees, so had to continue working.”