A lack of awareness of their rights, and a perceived lack of options, keep Bahrain's agricultural workers in a rut 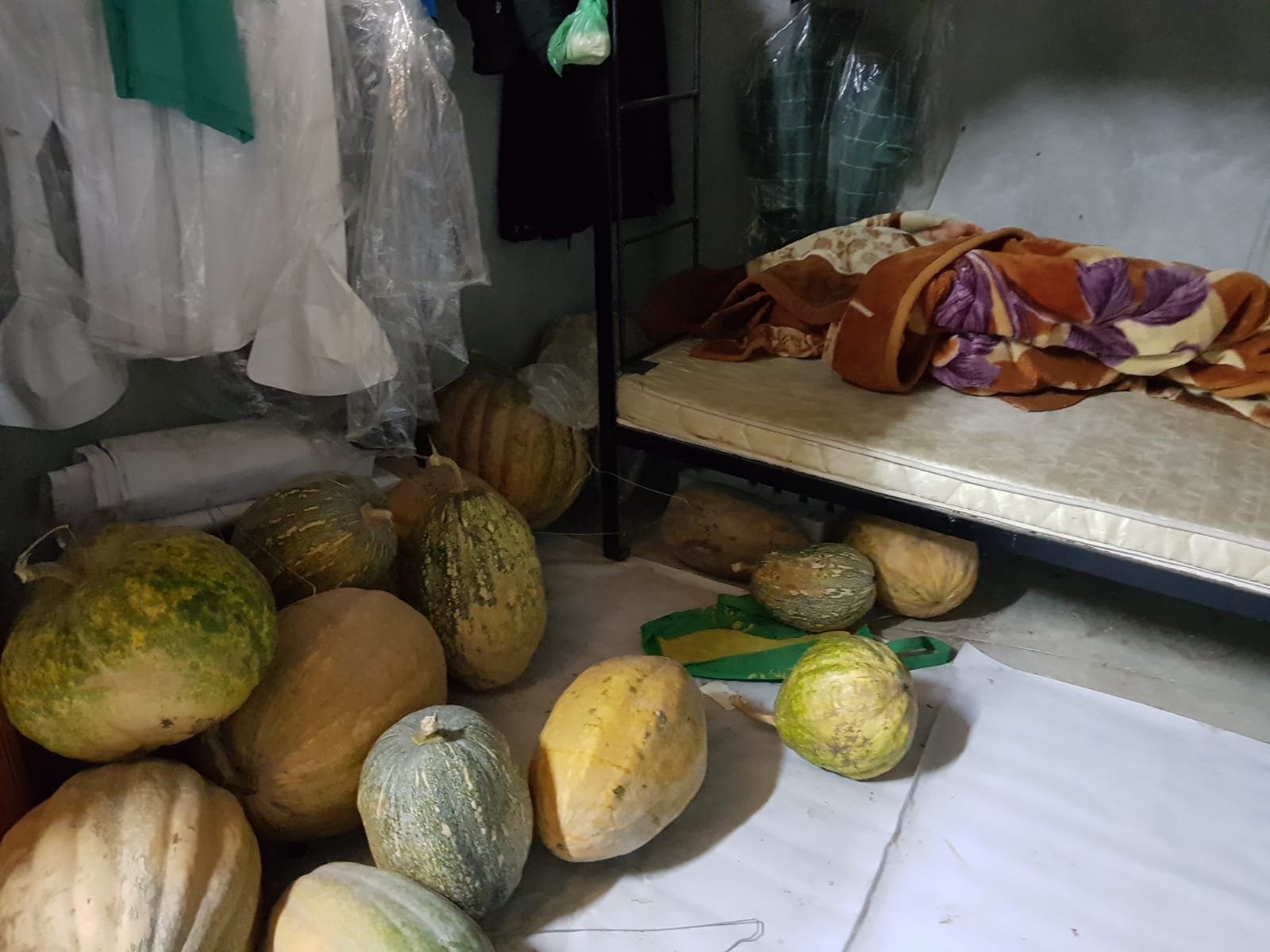 As the local saying goes, "hugging pumpkins absorbs negative energy and replaces it with positive energy." But this did not seem to be the case for Hassan and Shajan, Bangladeshi migrants who reside, along with 18 of their colleagues, in rooms already overcrowded with hundreds of pumpkins of different shapes and sizes.

“We got used to the pumpkin plants, which we grow here a lot, in our accommodation. We store them here and sell them during high-demand season like the month of Ramadan, where it is used frequently to make the local dish Saloona. And also during Halloween, which is celebrated mainly by western expats at the end of October,” said 29-year-old Hassan.

But it’s not the pumpkins that catch our attention at the farm, but rather the living conditions of 20 farm workers (four Indians, 14 Bangladeshis, two Pakistanis) cramped into the three rooms - just one of the many labour law violations they endure.  Other abuses they face include irregular payment of wages, long and erratic working hours, and lack of weekly and annual paid leave.

At the entrance of the main room, five bunk beds with ropes are tied wall-to-wall for the workers to hang their belongings. Other personal effects are piled up in bags and cans while pumpkins, which occupy about a quarter of the room, roll around,  taking up any free space.

In the two smaller rooms, two large mattresses take up most of the area and the walls can barely be seen behind layers of clothes hung on more ropes.  The kitchen is cluttered and unhygienic.

We found similar living and working conditions in five other farms we visited around Bahrain.

Migrant workers make up about 80% of the 9,120 workers employed in Bahrain’s agricultural sector. The workers seem either unaware that their rights are being violated, or feel it’s the norm.  Most are “free-visa” workers who have arrived irregularly through a network of fraudulent agents. The more agents involved in their migration -from their home countries to Bahrain, and through any transit points them may have had to use - the more illegal the methods, the more expensive their journey. They often borrow money or sell the few assets they have, and arrive in Bahrain with large debts.

For these workers, protesting their working conditions would mean deportation and losing what little livelihood they currently earn. The agents and employers exploit this vulnerability with confidence, knowing they will never be held accountable.

Their documents are also confiscated immediately on arrival. "We work throughout the year, without weekly or annual holidays. the only two official holidays we get is the first days of Eid al-Fitr and Eid al-Adha, the Islamic holidays in which all government and private institutions are closed,” Hassan says.

“I am the only driver of this farm, I have to wake up at 5 a.m. to distribute products to the big grocery shops and the vegetable sellers in the central market. I have to do my job even if I am sick, because I am the only driver, and I can only sleep after finishing the distribution,” he adds. 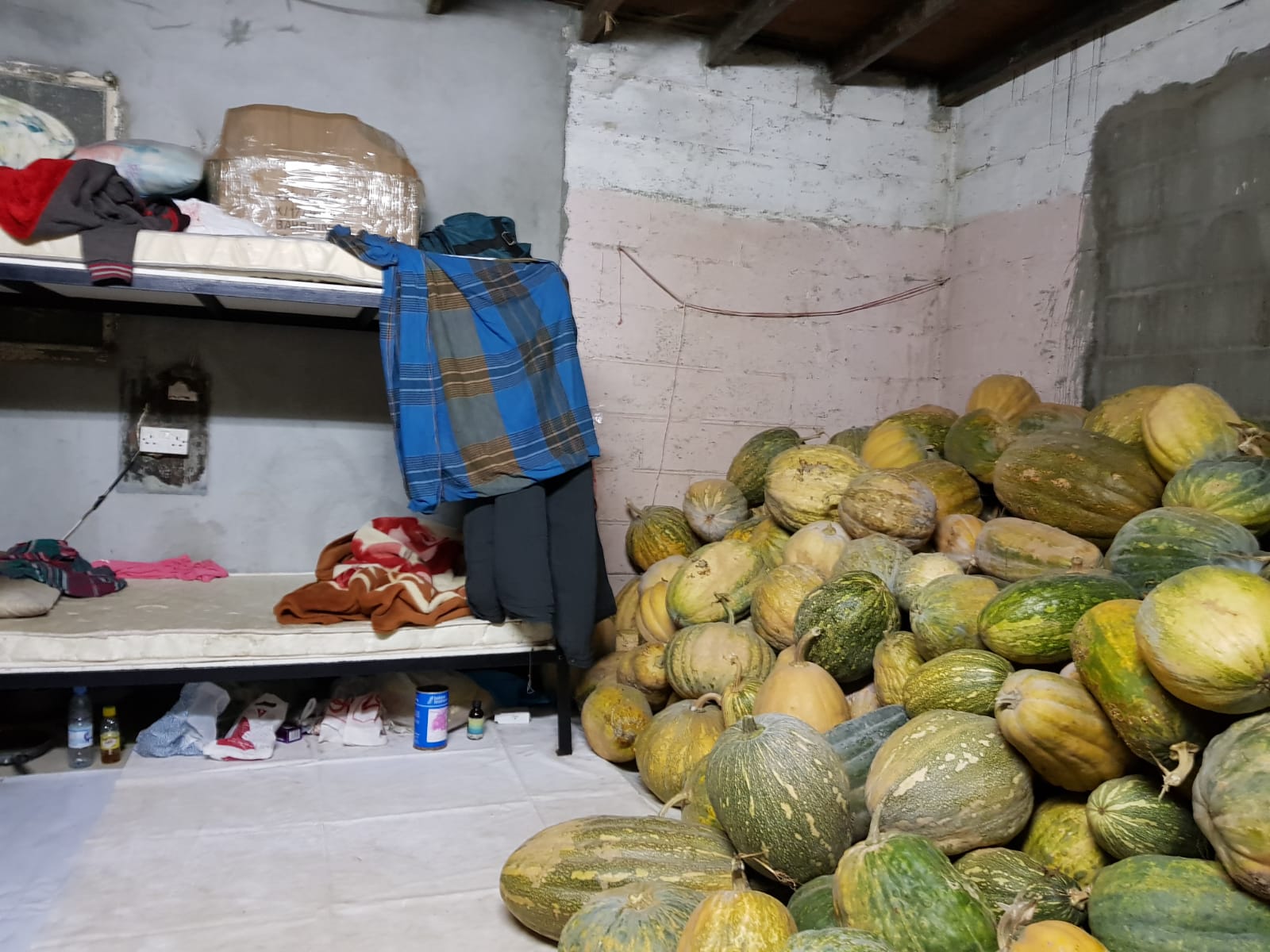 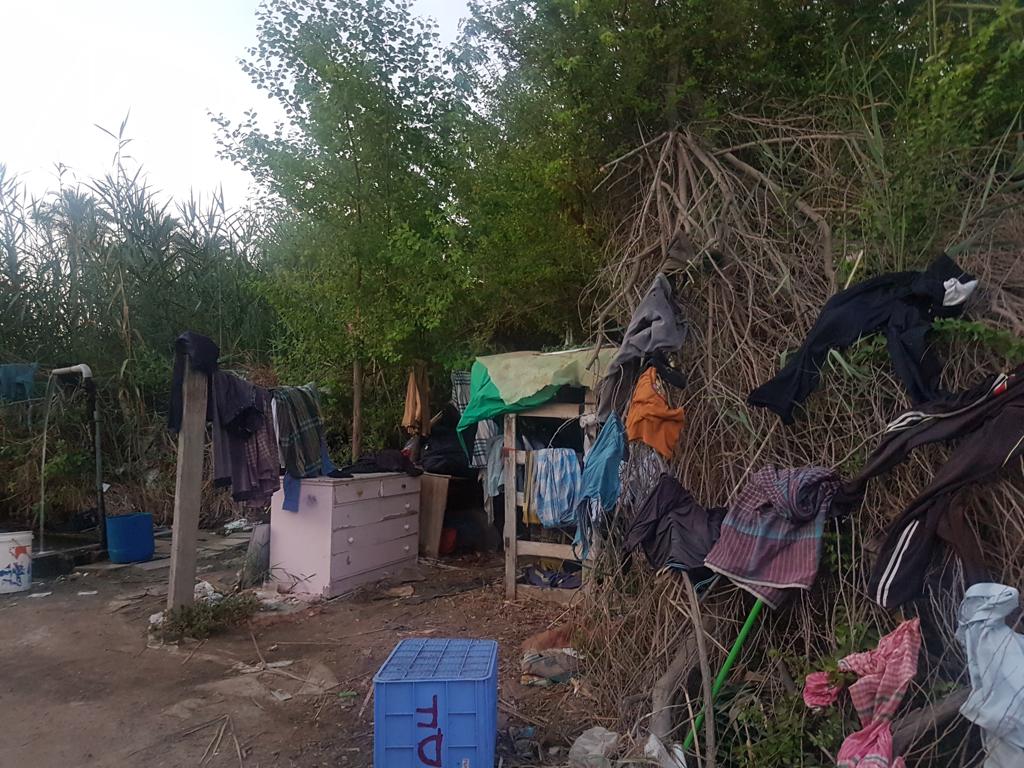 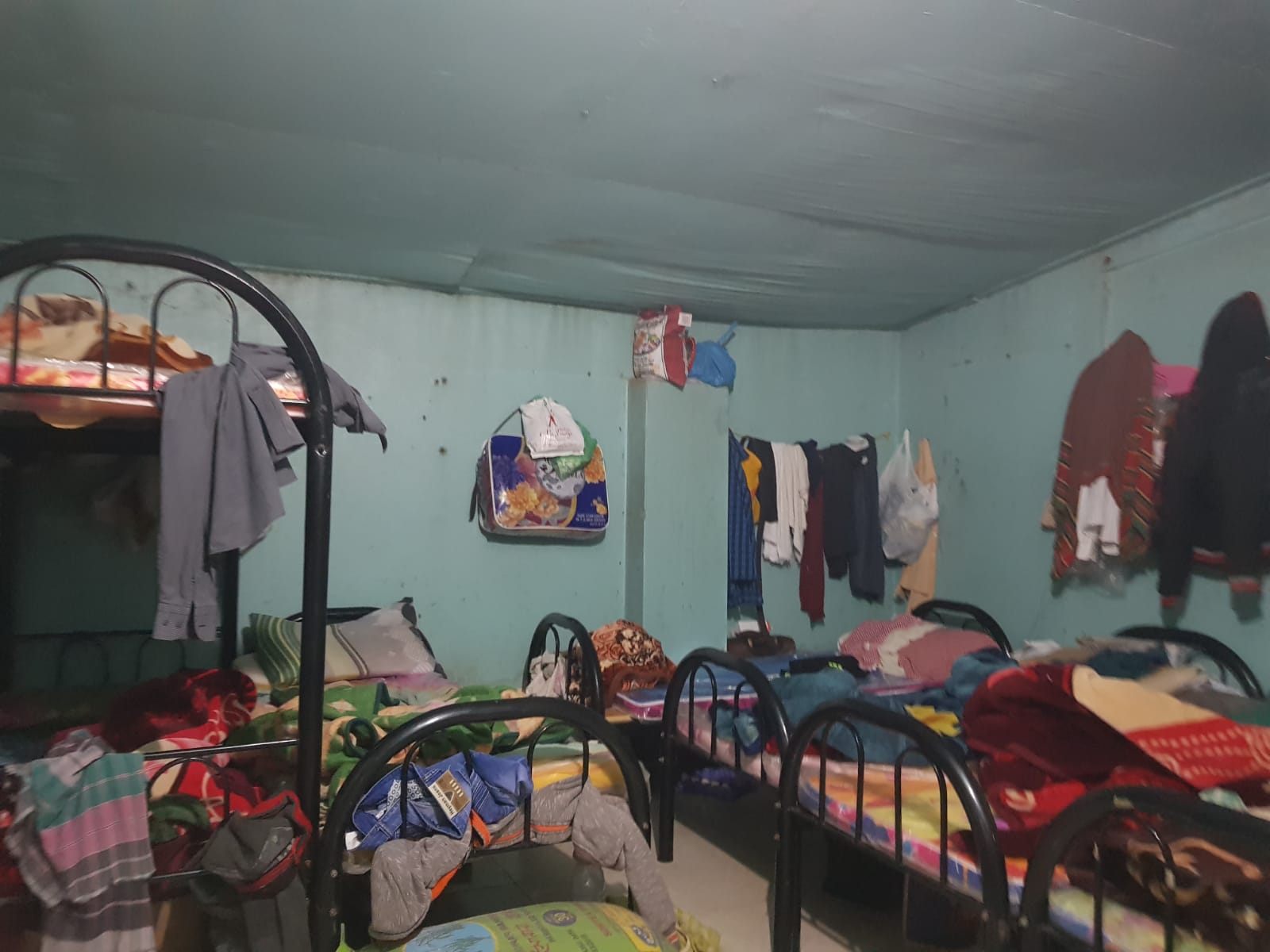 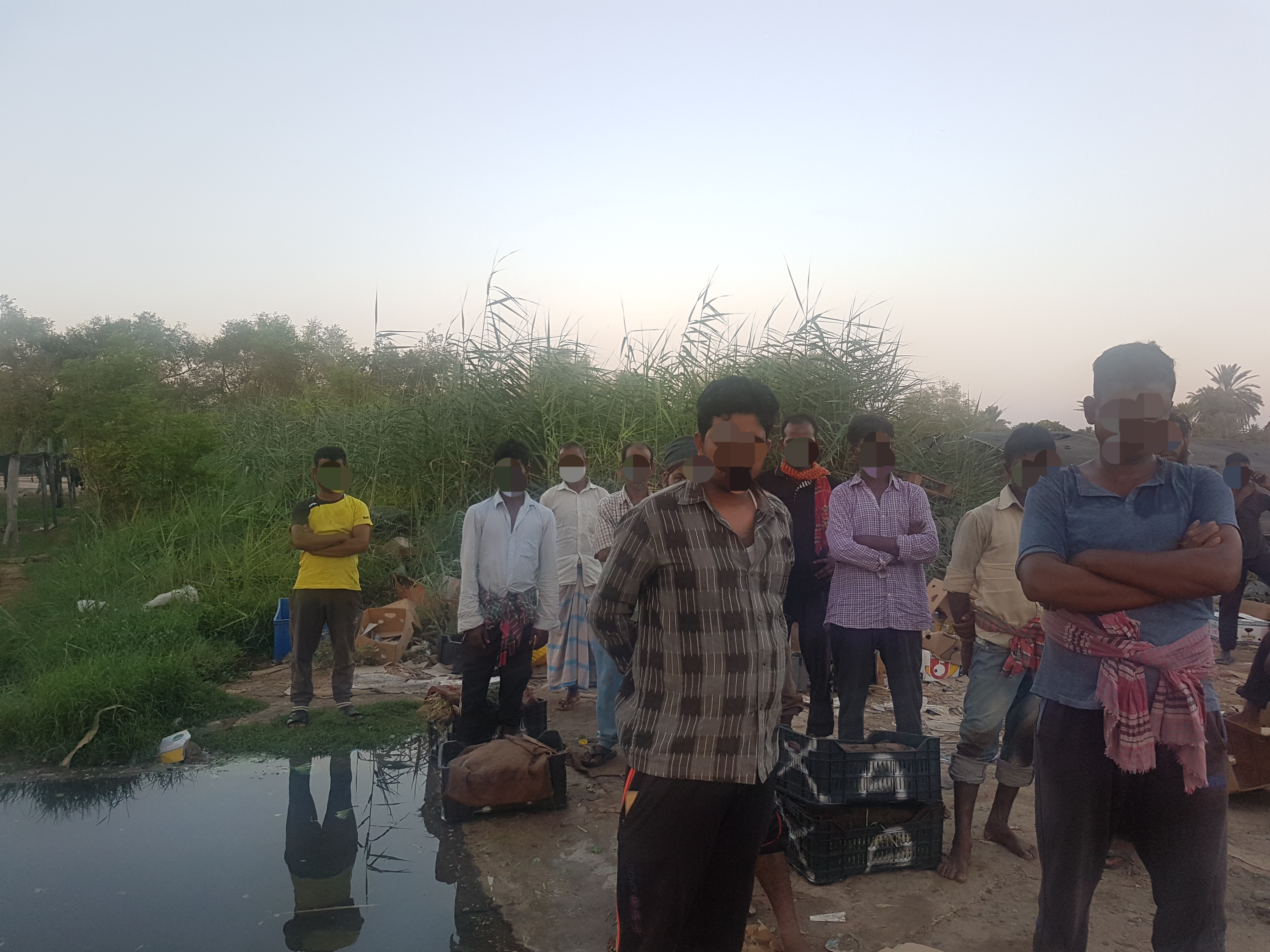 On another vegetable farm, 30 farmers from Bangladesh work without a contract. The workers have been employed by the farm between two and 20 years, and all of them landed here after paying middle-men, mostly relatives or friends, in Bahrain. These irregular recruitment fees range between BD1000-1500(US2660-4000).

Abdulkalam M, one of the oldest men, seems like the head of the group. “Because it’s hard to leave the crops, farmers only get one day off per month, and everyone works around 10 hours a day with a three hours break at midday,” he says.

These workers wages’ range from BD120 to 180, and the employer provides them with accommodation on the farm, as well as a small share of their harvests. The farmworkers dip into their own pockets to pay for other food, like rice, and other essential provisions

The farm owners do not abide by many provisions of the labour law, including paid annual leave and rest periods. While some employers do provide paid annual leave, others only cover travel costs but do not pay wages. Some workers - particularly free-visa workers - view annual leave as their own responsibility. Consequently, some farmers do not return home for years, until they have paid their debts, met their financial obligations, and are able to afford the travel costs. The majority of farmers interviewed do not receive a regular weekly day off,  and can only leave the farm (with permission) to send money to their families or go to the hospital.

On yet another farm, two rooms on the periphery are shared by 30 workers. The room is crowded with bunk beds and sponge mattresses are spread out on the remaining floor space.

The workers’ accommodation is in a clear violation of the Council of Ministers' decision of 2015, which stipulates that rooms cannot be occupied by more than 8 people, must provide at least 40 feet sq per person, and have a ceiling height of not less than 10 feet. The rooms MR visited were approximately 20 sq feet per person.

According to data from the Ministry of Works, Municipalities Affairs and Urban Planning, agriculture is practised on relatively smallholdings, and 84% of the fields are no more than five hectares. About 60% of these fields are operated under a land-lease system, whereby a fixed annual rent is paid to the landowner, while the tenant (also often a migrant worker)  employs labourers to cultivate the land and benefit from the marketing and sale of its harvest.

Unlike agricultural workers in Kuwait and Saudi, farmers and shepherds on the small island of Bahrain generally do not live in isolation.  Farms are not far from main cities or mosques and temples, where workers often spend their evenings.

Their proximity to social life may be one reason these workers seem relatively more content than their counterparts in Saudi and Kuwait.

In spite of the abuses suffered by workers in the agricultural sector, which can amount to human trafficking, the farmers interviewed did not express a strong dissatisfaction with their working or living conditions. While "free-visa" workers often have little choice but to accept their working conditions - because they are considered irregular workers and would be deported if they complained to authorities -  even farmworkers with bonafide legal status rarely complain; many are unaware of their rights, and most have no other options back home. Like many migrant workers, they are motivated to overcome their poor circumstances out of an economic need on their salaries

Shajhan, who has been working at the same pumpkin farm for 15 years, and whose salary has not exceeded 180 BHD (USD 480), seemed content to report that he travels once every four or five years to visit his family, when he is able to afford airfare.  He perceives no violation in his rights when his employer does not pay his salary during the summer months, when farm income is low due to the extreme heat. "The owner of the farm cuts our salaries to 30 BHD (USD 80) until the weather is moderate and the farming season starts again. We have nothing to do, getting another job is difficult and the situation elsewhere will not be better than what we are used to."