When this is all over, what will the fabric of Gulf societies seem like? Can the ever-widening schisms be mended? 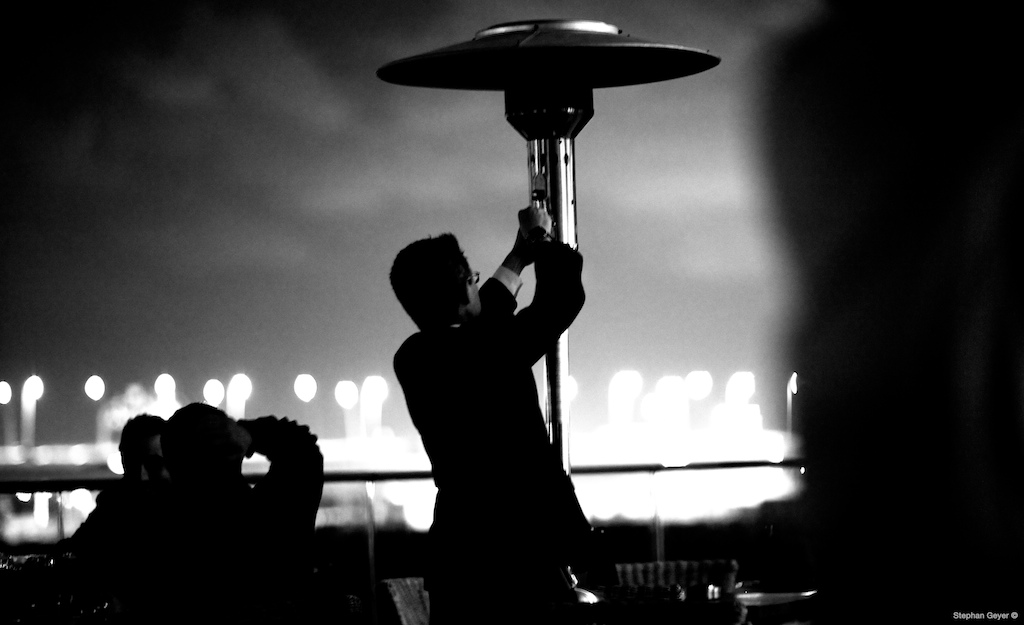 The things we have missed during quarantine as we try and navigate this pandemic are things that will not go back to the way we remembered them to be. Adel from Egypt will still take your car keys and give you the valet card when you’ve just arrived at Starbucks for coffee with friends. Maria from the Philippines will still smile at you pleasantly and give you her recommendations as she takes your order. Rohan from Bangladesh will still be as invisible and simultaneously indispensable to you as always, while you enjoy being able to sit in a clean outdoor space as you drink your coffee and smoke your cigarettes. You’ll talk about all the shows you got to watch on Netflix, how much you’ve missed KFC especially – how excited you are to have a whole bucket for dinner on your cheat day this weekend, personally delivered to your doorstep by Aiman from Egypt. Joey from the Philippines will still pick up your tray after you’ve left, without complaining.

You’ll drive over to the gas station, where Sabir from Bangladesh fills up your gas tank, enduring the scorching heat all day and relying on the kindness of strangers to give him a little more money to send back home every month. Sabir missed the kindness and generosity of strangers; without that daily interaction, he was deprived of the extra cash that made a difference in his life before the pandemic. You’ll then head to your usual barber, where Reza from Iran will fix the injustice that you’ve done to your hair and your beard during the lockdown.

Energised and ostentatious, you’re ready for dinner with your friends whose company you missed. You have delicious ribs prepared by Raj from India, an impeccable chef whose cooking is unmatched, and served by Amir from Nepal, who smiles and says he hopes you enjoy your meal. He’s wearing a big, goofy hat that you think is a crime against fashion.

But something will be different, and you won’t be able to see it. You may not even notice a difference. During the lockdown, while you were in the comfort of your home, still receiving your salary in full and going to sleep every night with a full stomach, many of the people you interacted with that day were forced to go on unpaid leave. Aiman had to ration what food he had left because he didn’t know when he’d be able to afford to buy groceries again. Maria was lucky to still get paid, but her roommate Angela from India who worked for a salon wasn’t. So they had to rely on Maria’s income to feed two people and pay rent. Rohan, who lives in Jleeb, was lucky to have his kind Bangladeshi neighbours take care of him and give him groceries. Still, before he swallowed his pride and asked for help, he struggled to go to sleep every night because the hunger pangs were too painful.

What will be different is a feeling of being “human capital stock” to use the words of US President Donald Trump’s economic advisor; being of [limited] value when the market is alive and well, and a nuisance when it isn’t. What will be different is having to carry the memory of what it was like to feel hungry, to have to call their children back home and say they’re not sure when they’re going to get paid next, and on top of that, to also be demonised and blamed for the country’s problems. What will be different is an increased sense of caution, of being unsure whether the Khaleeji citizen whose lifestyle depends on them resents their presence.

Governments continuously fail to not only condemn racism but also to implement serious changes that would help foster stronger community relations and alleviate people’s suffering.

Since the beginning of the COVID-19 pandemic, a number of issues have surfaced globally that brought to light how unsustainable various social, political, and institutional structures are. While all of these issues are of equal importance, racism is one that is making an already difficult situation even more painful for many. In China, there have been reports of discrimination against Africans in various ways. In the United States, systemic inequalities have left black and brown communities disproportionally affected by the virus, in addition to a wave of discrimination against Asian Americans. In Gaza, the thirteen-year-blockade Israeli blockade has left farmers struggling to survive. In the Gulf migrant workers have become the target for xenophobic rhetoric on social media.

A recent Human Rights Watch report warns that the global rise of xenophobia during this pandemic requires urgent steps to mitigate the consequences. While the report calls on governments to “repeatedly and publicly condemn racism,” in reality, governments are often complicit in perpetuating racism and xenophobia, and their policies contribute to a continuation of systemic inequality and hatred. Governments continuously fail to not only condemn racism but also to implement serious changes that would help foster stronger community relations and alleviate people’s suffering. The responsibility then falls on individuals and grassroots movements to fight the battle of racism.

Ibram X Kendi, an American historian on race and antiracism, defines a racist as “One who is supporting a racist policy through their actions or inaction or expressing a racist idea.” He says, “Denial is the heartbeat of racism, beating across ideologies, races, and nations.” In the case of Gulf societies, denial seems to be the reflexive action when accusations of racism arise; an insistence that, since they as individuals have never witnessed or experienced it, then it cannot exist. Whether consciously or unconsciously, blinders seem to be common apparel when these debates take place. While potentially well-intended, rejecting the realities of victims of racism because it might make your home ‘look bad’ contributes to making their realities even worse. Acknowledging marginalised voices and their stories of suffering is the least one can do to fight racism. Working towards a genuine effort to foster stronger community relations ought to take priority over maintaining an image that is only ‘real’ for those who form the top of the social hierarchy, and therefore live in a sheltered bubble of privilege.

Racists in Kuwait have become emboldened enough to publicly express and share their hatred, with no attempt to conceal their identity, implying no fear of consequences and even an expectation that their rhetoric would be welcomed.

The video that has gone viral in regional and international media of a Kuwaiti woman attacking Egyptians and telling them they are “here to serve us” has unsurprisingly been met with intense indignation and rage. This is not the first time that a social media personality from Kuwait has used their platform to spread xenophobia and hatred. In 2018, makeup artist Sondos Alqattan went on a Snapchat rant complaining about the minimum standards requiring Filipino domestic workers to be able to take a day off and retain their passports. A recurring critique of influencers in the Gulf has been their failure to utilise their platforms to address issues beyond fashion and makeup. Kuwaiti influencer Ascia Al Shammari, however, breaks that pattern and has continuously utilised her platform to address issues of injustice, xenophobia and human dignity; she has addressed the issue of how domestic workers are treated numerous times, and clearly stated on her Twitter feed that she finds the current rhetoric in Kuwait towards Egyptians to be dehumanising.

While the widespread use of social media may give the impression that there is a ‘spike’ in xenophobia in Kuwait specifically, this is false. Racists in Kuwait have become emboldened enough to publicly express and share their hatred, with no attempt to conceal their identity, implying no fear of consequences and even an expectation that their rhetoric would be welcomed. A number of factors have contributed to this, including but not limited to the rhetoric of elected politicians. Nonetheless, the issue of racism is not new to Kuwait, nor is it restricted to migrant workers. Kuwait’s Bidoon [stateless] community has suffered from systemic racism for decades. In the Gulf societies at large, children of Khaleeji mothers married to foreigners experience systemic discriminations, and their right to citizenship is denied.  Half-Kuwaitis whose mothers are non-Kuwaiti also experience social ostracisation. In Kuwait, as in other Gulf societies,  there are various forms of internal discrimination, especially but not exclusively when it comes to who one marries.

The fact that this issue is not new doesn’t make it any less painful to witness or endure. To be vilified in a place you feel connected to and consider your home is not easy to shake off or forget, even long after the abuse has ended. My aunt, who is Palestinian and was born and raised in Kuwait, regularly keeps up with the Kuwait updates from Jordan. Over the past few years, she has been horrified to hear the things that Safaa Al Hashem, Hayat Al Fahad et al, have been saying about foreigners. Thirty years after leaving the country, she says it still takes her a few moments every morning when she wakes up to remember she’s not waking up in Kuwait anymore; that’s how much she loves and misses it. Because she remembers a version of Kuwait that was welcoming and thriving, embracing its diversity, it hurts all the more to hear such rhetoric.

Our platforms and voices should be used to shed light on the experiences of those who’ve been hurt by racism and discrimination and to condemn those who contribute to that hurt. To once again quote Ibram X Kendi, “there is no neutrality in the racism struggle.” We each have a duty to actively be anti-racist, and not merely “not a racist.” A racist believes that “problems are rooted in groups of people,” while an antiracist “locates the root of problems in power and policies.” Our lives after this pandemic cannot return to normal. Normal was hurting too many people.

The Absent Voices of Second-Generation Migrants in the Gulf States