Racism against migrant workers is a longstanding feature of public discourse across the Gulf countries. The COVID-19 outbreak is further inflaming xenophobic sentiments, with popular calls to deport, quarantine and segregate migrant workers.

These attitudes disregard the fact that it is not only migrant workers who are disproportionately affected by the outbreak’s economic impact, but who are also on the frontlines of the COVID-19 battle as cleaners and healthcare professionals.

Spotlight on Kuwait and Bahrain

While the casual dehumanisation of migrants is pervasive throughout the region, the climate in Kuwait is particularly toxic. Migrant workers are constantly demonised by pundits and government officials like MP Safaa Al-Hashem, who local media outlets amplify uncritically. Speaking to Al-Rai, Safaa al-Hashem called for restrictions on all areas where migrant workers live, especially Hawalli, Al-Farawaniyah, Salmiya, Khaitan and Jleeb Al-Shuyukh. She  also called for the deportation of migrants “to purify the country from illegal workers.”

These views not only influence discriminatory policymaking but rouse xenophobic public attitudes, including those brazenly expressed by famous Kuwaiti actress Hayat Al-Fahad. Al-Fahad recently sparked outrage when she called for migrants to be deported to save hospital beds for nationals who test positive for the virus.

"We are fed up. If we get sick, there are no hospitals (for Kuwaitis)," the actress told a Kuwaiti local television, "We should send them out (migrants)... put them in the desert. I am not against humanity, but we have reached a stage where we're fed up."

Similarly, Kuwaiti journalist Mubarak Albugaily launched such vitriolic comments against Egyptian migrants that there have been calls in Egypt to ban him from entering the country.

“We have 4 million (migrant) guest workers, and 1 million of them (are Egyptians) and 60% of these are not needed in our country … So what are we waiting for? Let’s start deporting them back to their home countries, as we are facing a pandemic, which will take a long time to confront, and their presence will be a burden on the state.”

In Bahrain, rumours about the Coronavirus spreading among the country's migrant population stirred such widespread panic on social media that the Ministry of Health had to issue several statements denying the claims.

Locals also took to social media to protest against migrants being treated in government quarantine facilities in Sitra. In a now-viral video, a Bahraini local is heard complaining :

“They brought 250 workers and again they will bring 350 more Asians... why don't they quarantine them in their own accommodations? ... the culture and tradition of these Asians are different to us, they don't know how to use toilets properly... I hope the authorities will look into this matter as soon as possible."

According to reports, migrant workers who were quarantined at the government facility in Sitra have since been separated to another quarantine zone at the same facility.

It is important to note that though xenophobic diatribes go viral, they do not go unchecked. Many locals do challenge racism and correct falsehoods.  For example, Kuwait Scholar Wafa AlSayed tweeted the following in response to  the rise in racist commentary:

"Is there anything more despicable than abandoning a social group that has built our country and made our lifestyle more luxurious than needed in times of crisis? Is there anything more despicable than thinking of deporting this group and not thinking of our role in this economic system that made their homes into prisons and their visas into trade and their wages into gifts that they have no right to earn by the sweat of their brow?”

The forgotten migrant workers on the frontlines of COVD-19

Both policy and discourse sidestep the reality that the region's healthcare services depend on migrant workers. An ICU nurse who volunteered to work with Bahrain’s COVID-19 campaign told Migrant-Rights.org that unlike Bahraini health care workers, migrant nurses do not receive any hazard pay or compensation.

“The Bahraini healthcare workers who volunteer to work with Corona patients get compensation, we, on the other hand, don’t even get hazard pay for putting our lives at risk,” the nurse said.  “We feel that we are also not appreciated, take a look at the Instagram page of the Ministry of Health. All you see are images of local health care workers but not us.”

So far, two Indian nurses in Bahrain have tested positive for the coronavirus. Almost half of all nurses in Bahrain's public healthcare sector are migrants.The proportion is even larger in the private sector. 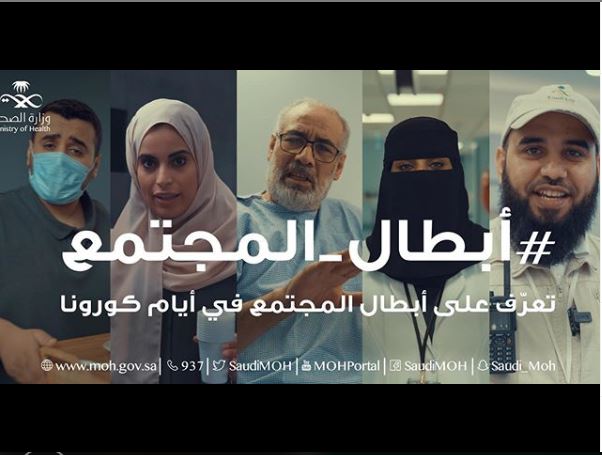 “Heroes of society” campaign by the Saudi Ministry of Health leaves out migrant healthcare workers.

Kuwait has one of the highest proportion of migrant nurses in the public healthcare sector in the Gulf. In 2018, only 4% of nurses registered with the Ministry of Health were Kuwaiti nationals.

A Kuwaiti celebrity who tested positive for COVID-19 shared her encounters with migrant healthcare workers to counter the negative discourse. In another viral video, Najeeba Hayat criticised Safaa Al Hashem and all those who have used the crisis to stir up hatred against migrant workers.

"I will talk about my experiences in this ward which I have been in for 18 days. All the doctors and the nurses and cleaners, all of them, are not Kuwaitis, but migrant workers that Safaa Al-Hashem hates with all her heart.”

“It is the migrant workers that are putting themselves in danger every day for us ... officials must watch their words before using words like "purify," she added. 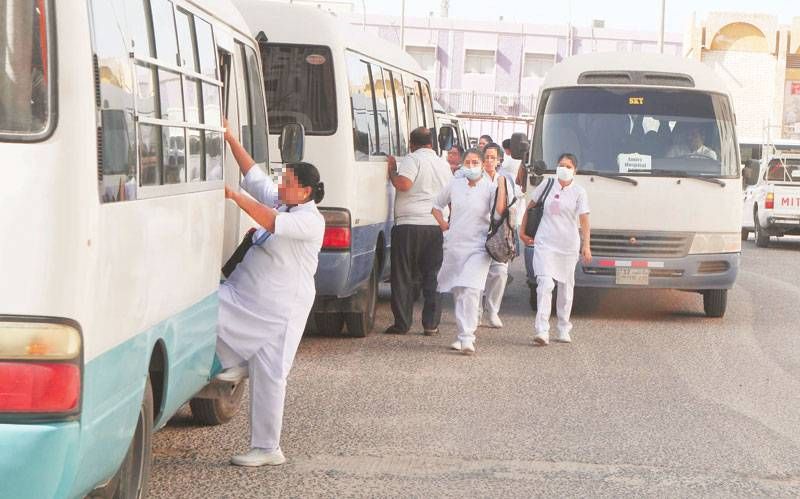 It is not just healthcare workers who are both invisible and indispensable; without migrant workers who continue to work in delivery, cleaning, construction and food industry, Gulf economies would have come to a complete halt by now.

While GCC governments have rightly encouraged remote working and urge citizens to use delivery apps instead of shopping in person, the nature of many migrant jobs means they do not have the privilege of working from home. Given that the kafala system renders migrants overly dependent on their employers, migrant workers can do little to voice concerns regarding protective measures or push back against orders to work, even when they defy government policies and recommendations.

Migrant workers’ livelihoods are disproportionately affected by the COVID-19 crisis

Policies and stimulus packages aimed at minimising the economic impact of the Coronavirus have largely excluded migrant workers. For example, some GCC states have suspended work permit fees paid by businesses, and frozen rent and loan payments. While assistance to businesses may have a trickle-down effect on the migrant workers they employ, there is little guarantee that migrants - the majority of whom cannot return to their home countries, even if they wanted to - will continue to receive their wages or be adequately provided for.

Additionally, while some governments such as Bahrain and Saudi Arabia have pledged to temporarily cover the wages of nationals, there have been almost no efforts to support the many migrants who have been laid off or told to stay home without pay or reduced wages.

Qatar is the only GCC country to announce a scheme to protect migrant workers’ wages. The government has earmarked QR 3 billion (USD 824 million) in the form of bank loans to cover workers’ wages and the cost of rent. Officials also affirmed that workers under quarantine and in isolation must continue to be paid without any deduction to their wages.

It is not clear if workers whose worksites have been shuttered and are left stranded without wages are included in this scheme. Additionally, since the funding is provided in the form of bank loans, there will need to be safeguards put into place to ensure that businesses do not pass on the burden of repayment to workers.

A Cameroonian worker from a Bahraini security company told MR, “we have stopped working for more than a month now, we have not received any salary since January ... the company told us to stay at home until further notice, they don’t provide food and we have to fend for ourselves...”

Moments of crisis exacerbate the racism and discrimination entrenched in the Gulf’s migration system. Though migrant workers are essential to the region’s economies and to the every-day lives of nationals, the kafala system ensures they never truly belong. Because they are considered “temporary workers” whether they have lived in the country for two years or 30, GCC states have minimal obligations to them. The extreme social exclusion and spatial segregation of low-wage workers especially mean that most citizens also do not consider them to be part of the same community. Migrant workers are consequently not only excluded from most social protection measures, but they are also the first ones to be sacrificed at the altar of public panic.

Elderly parents of expatriates in Saudi continue to live in uncertainty