The truth that Saudi’s statistics hide 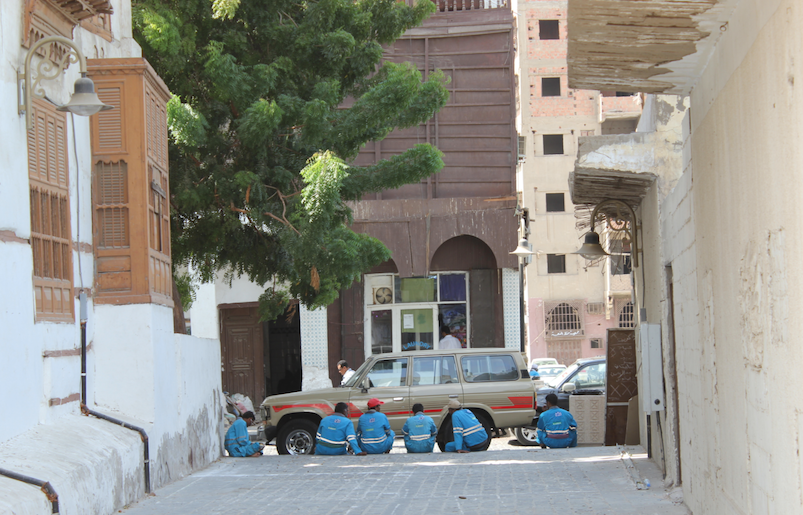 Saudi Arabia’s Ministry of Health’s (MOH) daily press releases were, and still remain, the only authoritative source of information about Covid-19 in the Kingdom. Backed by data and framed in a scientific language, health officials’ statements are deemed objective and impartial. Thousands of people followed the press releases during the country-wide shutdown throughout the ongoing pandemic. Popular Twitter and Snapchat accounts, Saudi official TV reports, and newspaper headlines deliver a summary of the press release to all parts of the country.

By the third week of April, several press releases pointed out that migrants are infected at a larger rate than citizens, accounting for 85% of all cases, as on 23 April. The MOH spokesperson noted that the disproportionate infection rate was due to overcrowding in migrants’ housing. At face value, such a statement might be accurate as the living conditions of low-income migrant workers make it nearly impossible to practice physical distancing.

However, cramped accommodations tell only one part of the story. A deeper look at the statistics and data offered by the MOH reveals a curiosity – that they never disclosed how many Saudis were tested versus non-Saudis. In fact, the MOH stated it is increasing proactive testing of workers living in overcrowded conditions, which might explain, in part, the reasons behind the high incidence of positive cases amongst this group during the early days of the pandemic. Simply put, if the MOH tested more migrant workers, due to the hypothesis that they are more vulnerable to infection, then the results will show a disproportionate number of migrants testing positive.

On 30 April, the seven-day average showed that 81% of those tested positive were non-Saudis. As the MOH began to expand its testing through its smartphone App Maw’id and through drive-through testing in May, more citizens were tested. As they did, the percentage of Saudis infected began to rise. By 31 May, the weekly average showed that 42% of new patients were Saudis. By 12 June, the percentage of Saudis testing positive went up to 52%. Conveniently, the MOH stopped reporting the nationalities of new cases after 12 June (the MOH had stopped reporting the nationalities of Covid-19 deaths on May 31).

The statistics reported in the early days of the pandemic were taken by the media at face value, circulated uncritically for public consumption and used to implicate migrant workers. Many in traditional and social media accused migrants of spreading the disease and xenophobic rhetoric quickly developed. Foreignness became synonymous with irresponsibility and the lack of hygiene.

The official narrative also eclipsed the structural discrimination against migrant workers which directly impacts their well-being. Not a single press release referred to health disparities, caused by inferior socioeconomic conditions, as a potential reason for the high number of infected migrants. Nor did any MOH official mention migrants’ limited access to healthcare or personal protective gear as another potential reason. Remarkably, the fact that the majority of those working on the frontlines, such as nurses, cleaning crews, grocery store clerks and truck drivers are migrant workers, leading them to a higher level of exposure to the virus, was also ignored.

Media figures accused workers of choosing to live in unsanitary conditions. Others accused them of prioritising personal profit over public health, claiming workers would rather save money than buy a good quality soap or any soap at all. Others likened them to a ticking time bomb and accused them of being irresponsible for “choosing” to live in crowded houses. Prominent writers Humood Abu Taleb and Eissa al-Ghaith, published in Okaz and al-Watan,  called for cleansing the homeland from excess foreign workers.

Responding to such rhetoric, Prince Abdulrahman bin Musa’ad, said he was surprised to hear people say “no one brought a disaster upon us like [migrant workers.]” He wondered: “Does anyone voluntarily choose to get infected,” stating that the overcrowding in migrant workers’ accommodation is “not their fault.”

While a tweet from bin Musa’ad, an influential figure with a large following, contributes positively to the discourse the silence of Health officials is complicit in fueling rising xenophobia. If anything, the daily press releases kept the accusation of the spread of the disease by migrant workers alive through the skewed data and constant updates on efforts to address overcrowded conditions.

Instead of scapegoating migrant workers, the government should address barriers to healthcare and proper health insurance coverage. It must pursue an inclusive public health policy where the lives of migrant workers, more than one-third of the population, is taken into consideration. The government must also train MOH officials on proper and sensitive public messaging lest their irresponsible generalizations lead to a demonization of the most marginalised group of society as we saw at the peak of the pandemic scare.