With Covid-19-related restrictions on formal recruitment, more and more Nepali migrant workers are going to the UAE on visit visas. Though technically legal under UAE law, Nepal’s government bans workers from travelling on visit visas for the purposes of employment. These migrants often end up paying extortionately high fees for non-existent jobs, with none of the legal protections formally recruited workers are entitled to.

Rabin Naharki, 23, was a bus helper on the Kathmandu-Pokhara route. Before the pandemic snatched his job, Naharki used to save NPR30,000 (approximately US$255) monthly.

His earnings plunged with the outbreak of Covid-19.

“Earning money is possible only when the bus is fully packed with passengers,” said Naharki. “Driving an empty bus doesn’t make money. We need to pay NPR7,000 (US$59) daily to the bus owner. The boss won’t agree to less than that.” Hit hard by the Covid-19 crisis, his employer sold the bus. 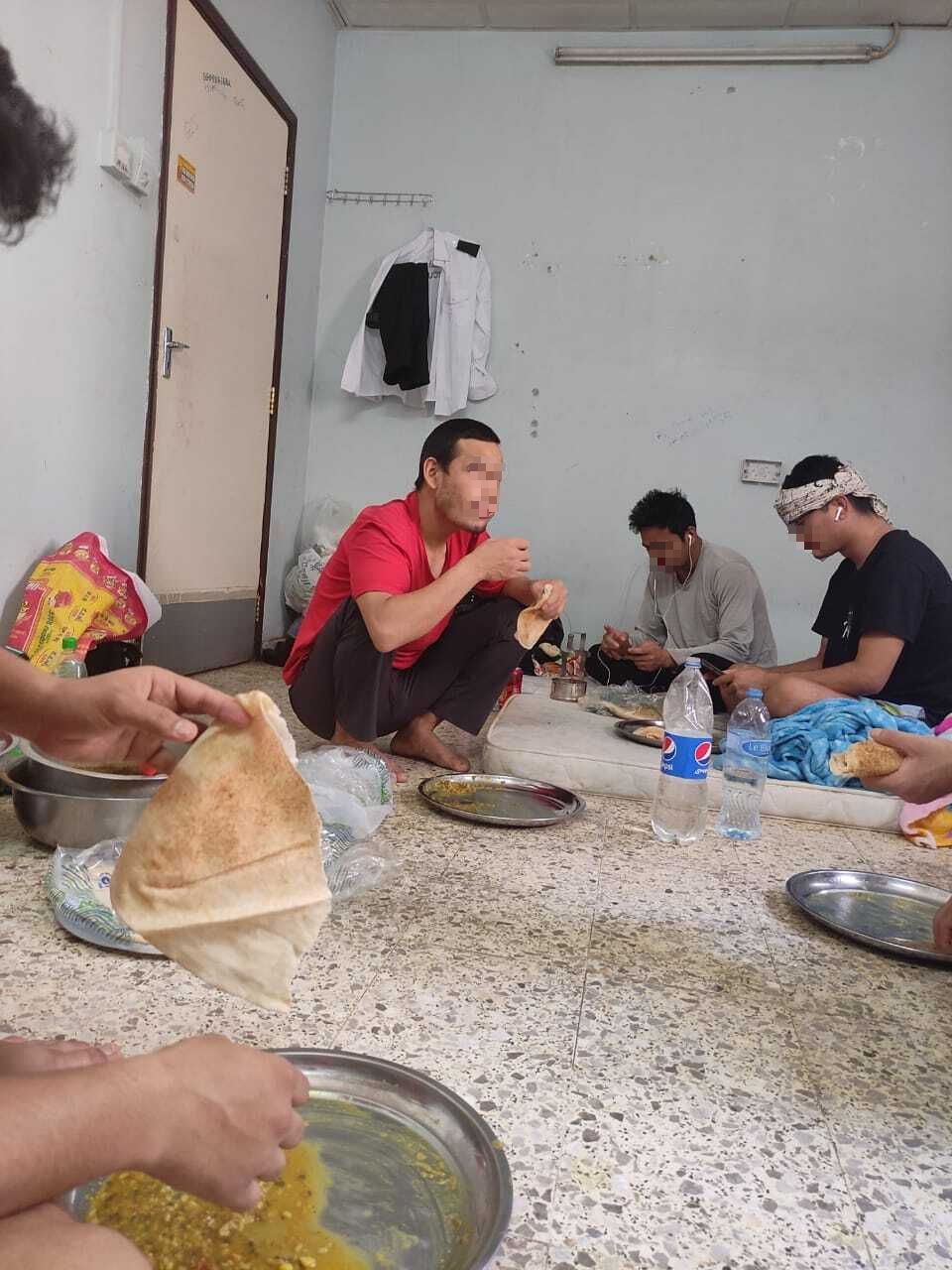 Workers tricked into migrating on a visit visa after paying huge fees, at their accommodation in the UAE (see box below for full story)

Frustrated by the work, he didn’t want to seek another job in the transportation sector. Instead, he set his sights on the UAE. He travelled to Kathmandu, where his sister, who works for a health institution that conducts medical examinations for aspiring migrant workers, helped him get shortlisted for a job. “It’s easier if you have connections. My company has also been finalised, so I’m waiting for an offer letter. I will fly by the end of September,” Nakharki said.

A cleaning company has hired him for a basic salary of AED800 (US$220), and he can earn double wages if he works holidays.

“With tips and overtime, I will earn AED1800. I'm told that I don’t even have to do my own laundry, cook food or work outside. I’ll work in air-conditioned areas. I like this company.”

His recruitment agency is now seeking NPR150,000 (US$1278) from him. “The manpower staff told me that the situation is different from what it was earlier, the flight price had been hiked. Because of this, my sister gave me a NPR15,000 discount. I need to pay the rest once my visa is confirmed.”

Naharki borrowed the sum from a money lender. “I will have to pay nine percent interest. I think I will settle my loan in six months, and what I earn during the remaining 14 months will be my savings.”

He declined to divulge the names of either the agency or the cleaning company. “It’s a well-known company. What will happen if I disclose the company name? If the company is defamed, my visa might be cancelled. I will be jobless again.”

Employers will bear all the costs related to recruitment, employment and the residency of Nepali Worker in the United Arab Emirates, including but not limited to recruitment agency fees, air ticket costs, insurance fees, visa fees, medical examination fees and all other recruitment-related costs and fees.

The reality is far more complicated than the agreement states. Nepali migrants workers are paying hefty fees of NPR150,000 and above. Workers Migrant-Rights.org spoke to say they are willing to pay up to NPR700,000 (US$5950) for jobs as security guards.

Bista admits that migrants are paying increasingly high fees for jobs in the UAE, but what they are promised at home is not what they ultimately receive on arrival as contract substitution is rife, even with checks in place. In a recent example, the Department of Foreign Employment permitted Kalinchowk Manpower Company to recruit workers to EFS Facilities Services based on EFS’ proposal to pay a minimum of AED900. But the offer letter handed over to migrant workers (and reviewed by MR) indicates their basic monthly salary is just AED600.

Recruitment agents in Nepal say most UAE companies have started to charge them a fee for job orders. “They won’t give a work demand letter without us paying AED1500. They aren’t covering flight costs either,” said Rohan Gurung, former president of the Nepal Association of Foreign Employment Agencies. “Workers need to bear these expenses.”

Visit Visa: yet another trap

Though demand for workers is high, migration to the UAE remains restricted. In the aftermath of Covid-19, the UAE limited new work visas to primarily government and semi-government companies, excluding most private companies. According to the Nepali Embassy in Abu Dhabi, government and semi-governmental companies have sought verification of demand letters for 30,000 workers. So far, work permits have only been issued for around 8,500 applicants.

To meet demand, UAE companies have started to recruit locally from migrants seeking to change jobs or those in the country on a visit visa. As a result, Nepali migrant workers have started to travel to the UAE on visit visas in hopes of finding a job and converting it to a work visa. Their recruitment expenses consequently rise exponentially, not to mention the risks involved. While the UAE does allow conversion of visit visas to work visas, Nepal views this mode of migration as irregular and excludes visit visa migrants from the minimal protections their missions extend to workers abroad.

Rajan Prasad Shrestha, executive director of the Foreign Employment Board, said workers going abroad on visit visas will not be able to access any facilities or safeguards provided by Nepal’s migration law.

“If workers going abroad on visit visas are deprived of getting stated salaries and facilities, manpower companies will face action. Deposits posted by manpower companies will be used to reimburse migrant workers’ expenses,” he added. Earlier this year, the Department of Foreign Employment caught two agencies – Nepal Manpower Pvt. Ltd. and Reliance HR Manpower – charging migrants exorbitant fees for visit visas to the UAE. One of the directors was sentenced to one year and six months imprisonment, and fined NPR25,000 by the Foreign Employment Tribunal.

But while some agencies may face penalties, the workers who are hoodwinked remain excluded from protections.

Those migrating on formal labour permits are registered in a welfare fund. The government bears treatment expenses in case of injuries or serious illness, and ensures legal support if needed. The insurance provides up to NPR1.7 million in case of death, and children receive a scholarship up to high school. None of these safeguards are extended to those who migrate on visit visas, even if they later manage to change their status to a work visa.

Nirmala Thapa, an embassy official in UAE, said Nepali migrant workers on visit visas have started to approach the embassy for help. “Those who arrived here on a visit visa are unskilled workers. They cannot compete in the labour market nor can they begin legal cases."

She said the Nepali embassy is holding discussions with large companies to make the recruitment process more transparent.

According to Nepal Association of Foreign Employment Agencies General Secretary Sujit Kumar Shrestha,  “At least 50,000 migrant workers have entered the UAE using visit visas. This may benefit the UAE government and companies, but it has caused a huge economic burden for Nepali workers.”

Shrestha said he does not understand why the UAE is not issuing work visas directly as it is, in any case, converting visit visas into work visas once the workers land.