Every country in the Gulf manages migrant residency and employment through the Kafala (sponsorship) system. Under this system, a local citizen or local company (the kafeel) must sponsor foreign workers in order for their work visas and residency to be valid. This means that an individual’s right to work and legal presence is dependent on his or her employer. With tight restrictions on changing employers, this dependency renders workers vulnerable to exploitation.

Some countries claimed to abolish or reform the Kafala, but the system's most critical vulnerabilities still remain.

migrants are estimated to live and work in the GCC

of the GCC's workforce is composed of migrant workers

of the GCC's total population are migrants

What’s so bad about the Kafala?

Structural Dependence on the Employer

The power of visa processing and renewal lies with the sponsor. If a sponsor fails to process or renew a workers’ visa for any reason, it is the worker who is liable.This element of the kafala not only infantilizes workers but makes them vulnerable to extortion. In Qatar and Saudi Arabia, migrant workers cannot leave the country without their sponsor’s permission.

Indeed, the dependence entrenched in the sponsorship system is frequently condemned as a conduit of modern day slavery. By ceding regulation of migrant employment and residency to citizens and recruitment agencies, the system facilitates a number of legal and human rights abuses, as workers face obstacles filing complaints and seeing them through to a fair resolution. Employers who discover that employees’ have filed a complaint about them may report workers as ‘absconded,’ or otherwise threaten workers’ legal residency.  This immediately puts the worker at risk for detention and deportation.

Many migrants are left with only two choices: to endure unfair working conditions, or to escape. Those who escape are considered illegal. They are not entitled to any back pay and can be fined, indefinitely detained and deported. Migrants who cannot afford to pay for their ticket home, as well as migrants otherwise abandoned by their sponsors, can be stranded for years.

Workers excluded from the labour law, including domestic workers and agricultural workers in most Gulf countries, are only governed by the Kafala and even more vulnerable to exploitation.

The Kafala system makes it difficult for migrants to change employers without the permission of their current employer/sponsor. As a result, migrant workers often have no choice but to endure poor working conditions, including underpayment, nonpayment, excessive working hours, or other unsafe and abusive conditions.

Citizens may sell their visa quotas to sponsor migrant workers to other citizens, expatriates, or companies. Migrants can be conned into putting up costs for an illegal visa, only to enter the country and realise that no company or no job exists. They may then be forced to work for unscrupulous employers,  stranded or face penalties.

Sponsors’ all-consuming control over employees, the lack of employment mobility and the obstacles to seeking employment redress are all factors in the Gulf’s significant irregular migrant population. Because migrants have few accessible legal means to leave abusive or otherwise undesirable conditions, they are often forced to escape or to “abscond.”  Upon leaving their employer, a migrant worker is immediately considered illegal and in most cases cannot correct their status. Undocumented migrants may continue working in the Gulf, but their irregular status puts them at even further risk for exploitation.

The kafala system makes it difficult for workers to leave in situations where they are underpaid or abused.

Qatar and Bahrain have both claimed to abolish the Kafala the system, while other Gulf countries have implemented smaller-scale reforms. Though some of these reforms represent small, but positive steps forward, they largely fail to upend the unequal balance of power between employers and migrant workers. Often, substantial financial and administrative obstacles to actually transferring sponsorship still exist. The limited reforms fail to extend to domestic workers and agricultural workers.

A right-based approach for the employment and residency of migrant workers benefits all parties.

Qatar declared it ‘abolished’ the Kafala system in December 2016, implementing a contract-based system in its place.  Employees with indefinite term contracts can move to another employer after working a minimum of five years with the first employer. Workers with definite term job contracts can change their employment and sign new contracts if they wish so at the end of the contract period without any NOC but after approval from the Ministry of Interior and the Ministry of Labour and Social Affairs. But in practice, changing jobs for many migrants still requires the cooperation of the original employerand is bureaucratically burdensome.

While exit permits were abolished in the original announcement of the reform, Law No 1 of 2017 on January 4 reinstated the requirement of an employer’s permission to leave the country.

Bahrain is set to pilot a flexible visa system in April 2017.The new law will operate like a “free visa” through which workers can sponsor themselves and work for multiple employers. The cabinet approved the work permit and plans to issue 48,000 permits within the coming two years. Workers can be employed by the hour, daily, or in other arrangements.There will be 2,000 free visas issued every month starting in April.

Workers will have to pay all the annual fees for work permits (BD 200, USD530) and health care (BD 144, $381). These are costs that would have been borne by the employer. Moreover, they are expected to pay BD30 (USD80) a month to the Labour Market Regulatory Authority.

Bahrain had previously claimed to abolish the sponsorship system in 2009.

The UAE implemented labour reforms in January 2016 that enable some workers to more easily change employers. Migrants in “highly skilled” occupations may end a fixed-term contract without facing the usual employment ban if they give notice in accordance with the contract, or a minimum of one month, or if their employer waives the notice period. Migrants categorised in “lower-level” occupations, including construction workers and service workers, will not face a ban if they end their contract after six months of service. If they end their contract before completing six months of service, they will face a six-month employment ban. Any worker may still be required to pay up to 45 days worth of salary for ending a contract before its expiry.

The thousands of companies that operate in Free zones are not required to abide by the UAE’s labour law. Domestic workers and Agricultural workers remain excluded from these laws.

Workers must obtain a no objection certification (NOC) in order to change employers or face a two-year ban from returning to Oman. Employers may extort the NOC requirement, by charging a fee or requiring workers to relinquish their end of service benefits.

Oman announced plans to abolish the NOC requirement in November 2016 alongside a new labour law, but no changes have been forthcoming so far.

In 2016, Kuwait issued a decree allowing employees to transfer sponsors without permission after three years of consecutive service and with three months notice to the employer.

In 2016, Saudi announced reforms enabling workers to change employers without permission under certain circumstances. These include if the employer has failed to renew the worker’s residence permit and if wages have not been paid for three consecutive months.

What governments in the Gulf can do

GCC governments will benefit from reforming the sponsorship’s critical vulnerabilities, including exit visas and restrictions on employment mobility. It is essential that all reforms include domestic and agricultural workers. The International Labour Organisation (ILO) encourages countries to:
Gulf Governments

What origin countries can do

Origin countries must protect their overseas workers by implementing pre-decision and pre-departure programs, by demanding protections from GCC states, and by coordinating with other origin countries.
Origin Countries

What Gulf citizens can do

Under the sponsorship system, citizens wield considerable power over migrant workers. This means that citizens can have a significant impact on the conditions workers face, even without government action.
Gulf citizens

Ensure workers’ permits are not tied to a specific employer Enable workers to be responsible for renewing their own permits Allow workers to independently end their employment contract, without losing their residency status Allow workers to change employers without the consent of the current employer Permit workers to exit the country without seeking approval from the employer

Provide pre-recruitment and pre-employment training programs and materials to inform prospective migrants of their rights throughout recruitment, employment, and return stages of migration.

Monitor and enforce regulation of recruitment agencies and hold informal subagents to the same legal standards.

Be aware that as members of the international community, employers have legal responsibilities discordant with the disproportionate control allocated by the sponsorship system

Abide by current labor regulations, even if they are unenforced or unmonitored

Do not retain migrants passports, travel documents, or mobile phones

If you are using a subcontractor who sponsors workers on your project, ensure they follow strict guidelines.

Qatar’s New Law: One Month On

Do promises to end the sponsorship system hold any merit?

Three months after the Sponsorship system in Bahrain was “scrapped”, what really changed?

One year since launch: Has Bahrain’s Flexi-Permit lived up to its hype? 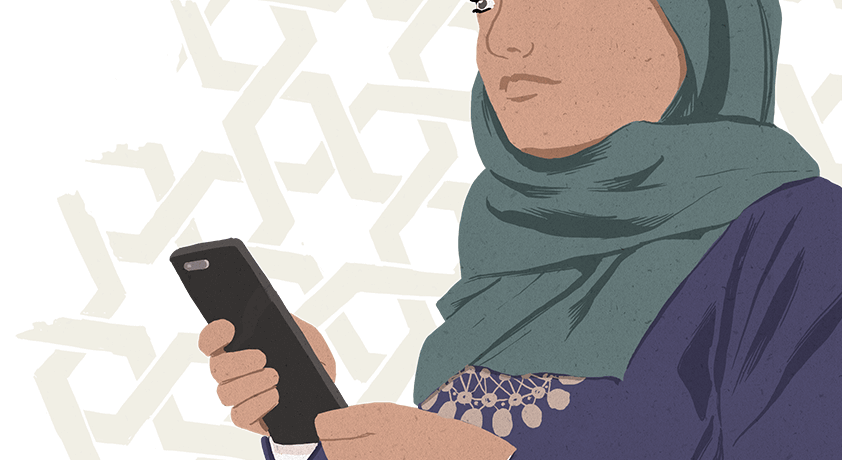