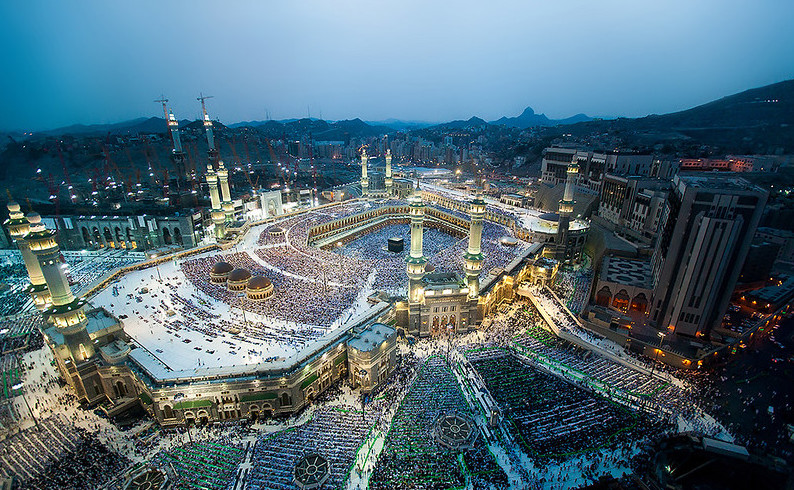 Tarek A. has been driving Muslim pilgrims to the Grand Mosque in Mecca, Saudi Arabia, for the past three decades.

The Pakistani migrant moved to Saudi Arabia in the early 1990s, when he was in his 20s, and took up a job as a private taxi driver in Mecca, home to Islam’s holiest site. He has been supporting his four younger siblings and his own family, who still live in their village in rural Punjab.

“I came here on an Umrah visa and stayed back,” he says. “Things were different back then and a lot of people were doing this. There were a lot of jobs available and the rules were laxer, so just after a year of doing odd jobs I managed to find someone to sponsor me and have been working as a driver since.”

Even though the majority of Saudi Arabia’s wealth comes from oil, pilgrims visiting Mecca and Medina are also critical to the Kingdom’s economy.

Saudi Arabia saw more than 19 million pilgrims for Umrah in 2019 and 2.5 million pilgrims for Hajj, the annual religious pilgrimage that is mandatory for all financially- and physically-able Muslims at least once in their lives. Together, they contribute approximately USD12 billion – 7% of the total GDP – and are the primary source of income to many of the city's 1.9 million inhabitants, almost half of whom are migrants like Tarek.

“In the past three years or so, work has been getting increasingly worse and the cost of living higher, but nothing could have prepared any of us for what the virus did,” he says.

To control the spread of Covid-19, Saudi Arabia took unprecedented measures to suspend religious tourism in late February, and in April restricted all entries to the Grand Mosque.

Since then, while other cities have fluctuated between stricter and more permissive curfews, Mecca has consistently remained under lockdown.

“Ramadan is one the most important months in my life – not just as a Muslim, but as the main provider for my family,” says Tarek. “Usually, Ramadan is such a busy time here and I make more money than I would in three months combined but this time was a nightmare.”

About 43% of Umrah pilgrims visit Saudi Arabia during the Islamic months of Rajab, Shaban, and Ramadan, making them the busiest seasons outside of Hajj for those relying on the pilgrim economy. This year Ramadan took place between April and May and, for the first time in recent history, saw no visitors to the city.

“I am not someone who likes to complain about his life, I am very blessed and I have pride in being a self-reliant man,” says Tarek. “But for the first time in my life, in the past few weeks I have had little more than flour and water to live on and I am basically surviving on what people have given out of their goodwill during Ramadan.”

Tarek hopes circumstances get better soon otherwise, he will consider moving back to Pakistan.

“...first time in my life, in the past few weeks I have had little more than flour and water to live on and I am basically surviving on what people have given out of their goodwill during Ramadan.”

Many migrants have been seeking repatriation in these times of uncertainty. Razak F., a Bangladeshi migrant who has been working at a corner store for the past seven years in a neighbourhood that is popular amongst South Asian, is one of them.

“I have requested the consulate to send me back as I have not been paid for two months and will probably not get paid in June either. If my family back home has to be hungry no matter the circumstances, I might as well be with them,” he says. “Things were already really bad the past few years and I was getting paid some months and some months I was not, but now I know it is only going to get worse business-wise.”

Some are now more hopeful since restrictions were lifted on 21 June across the country, including in Mecca.

Others still worry that a rise in cases could result in restrictions being reimposed again, as had occurred in Jeddah in late May. The Health Ministry earlier warned that strict measures could also return to Riyadh as the city recorded a spike in critical cases when its lockdown eased.

Despite a nearly continuous lockdown, Mecca continues to witness some of the highest numbers of cases in the country. The city’s large population of migrant workers, many of whom are undocumented and living in cramped housing, maybe a contributing factor.  Although authorities have not disclosed much information, reports from those living in Mecca reveal that several housing complexes for migrant workers have been placed under lockdown after employees tested positive for Covid-19.

But while some migrant workers like Tarek and Razak have the option to go back to their countries of origin, many do not.

At least 45% of Mecca’s population is made up of non-Saudis, many of whom are second and third generations of undocumented migrants. For centuries, the city has attracted outsiders who visit with the intention of pilgrimage and then decide to stay back and partake in its bustling economy. Now, with the lack of support being provided to migrants – documented or otherwise –  their futures are more precarious than ever.