In this two-part story, Noah recounts his experience of leaving home and moving to Doha, Qatar. 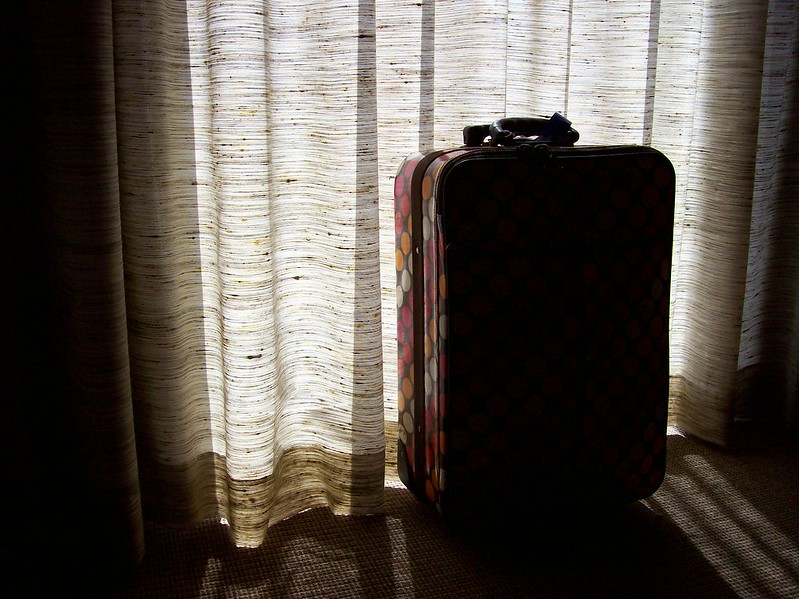 "What are you doing with your life?" he looked at me, almost right through me, as he posed this soul-searching question to me.

At the time, I wasn't in an ideal place. I was essentially homeless – half kicked-out by my aunts, half ran away – and I was sleeping on people's couches, floors and the occasional shared bed. I did odd jobs, and things, to get by. Things I'm definitely not proud of. Three dollars a day was a very good day, but such days didn't come often. I'd chip in for food whenever I could, wherever I'd be staying at the time, but more often than not, I was the one receiving handouts. I couldn't go back home, and I couldn't seem to get ahead where I was. I was stuck in limbo.

So, when my neighbour, who had recently just arrived on vacation from the UAE, posed that question to me, it broke me internally. Externally, I managed to maintain a visage devoid of emotion. Or tried to. I was fed up with where I was, the person I had become, and I wanted a way out. Which is why I welcomed the idea of flying away to the Gulf, away from instability, away from judgement, away from lack.

"You need to get away from people's eyes, and start building yourself up." The literal translation of what he said. It's deeper in the original language. And so, when he suggested Qatar or Dubai, I was more than open to it. Anywhere was better than where I was. He mentioned that working as a security guard in the GCC was a walk in the park. Nothing much to it. He himself had been in Dubai for a number of years working as a concierge in a hotel.

He challenged me to be ready the following day and we'd go to a certain recruitment agency. The same one he had used, I believe. The following day, we made our way to the agency, which was in the better part of the city, some 45 minutes away courtesy of traffic heading into and out of the city centre.

They fabricated CVs – from work experience right down to the recommendation letter, from an existing security company within my country.

As we walked in I saw posters on the wall, depicting the grandiosity of the Gulf. Some of the posters were strategic, letting me know that this particular agency is THE one to make your dreams come true. I also saw actual photos of people at various stages of their journey. Plane on the runway, girls on the staircase, just about to board their flight, ticket and passport in hand. All smiles. A couple of photos showed young men and women clad in various uniforms, at their place of work. That, I believe, was to show potential job seekers the opportunity that awaited them on the other side.

I was handed a list of professions to choose from. You know, the usual: security, driver, cleaner, various hospitality jobs. I chose security and driver. "Whichever comes first, we'll call you for the interview," one staff member told me.

I had to part with $35 for registration, just to be included in their 'database'. The call came a couple of days later. A security guard opportunity; and I was required to avail myself for interview prep. The interview would require a resumé stating previous experience within the security industry, which I didn't have. That wasn't a problem, as the agency would handle that. They fabricated CVs – from work experience right down to the recommendation letter, from an existing security company within my country.

We were prepped in the days before the interview, both via phone and in person, and more on the very morning, before the human resource team from the company arrived. With one agency staff and one human resource officer on each table, a total of two tables, we went into the interview room, oblivious to what fate had in store for us, but hopeful nonetheless. The questions were basic – Tell us about yourself, where you worked, duties performed. How you answered determined the flow of questioning. With the morning prep and a LOT of active imagination, I managed to pass. I was so nervous though that when they told me I had passed, my mind didn't register and I was still on edge, waiting for the next question. It was so evident, the agency staff, a lady, told me, 'Hey, you can relax now. You've passed.' HR had probably seen a lot of this. He was occupied with ticking and circling things on paper and filling in forms.

One company official asked us to write down the amount we paid, in USD. Rumour had it that the company would cut ties with the agent, and we were going to get reimbursed. We never heard from the official again.

Next came the contracts, which we didn't even sign in front of HR. Those who passed the interview were taken to another room where agency staff came with the contracts. QR1300 (about $350) for 8 hours a day, 6 days a week, with a clause stating that if a particular location required 12 hours, the salary would reflect the extra hours. At the time, I didn't really pay attention to the contract particulars. I was just elated at the thought of running away from my situation and earning some money. Killing two birds with one stone. I signed the contract without hesitation.

We then had to deposit the agency fees as soon as possible, which was standard in almost every agency. Though I remember seeing some specific jobs, infrequently, which didn't require fees. Like cleaners and domestic workers. The rest had to pay. In our case, the total was $1200 but we could first pay half to 'process our particulars,' namely, our visas and tickets. After that, we were required to take a medical test, at a specific clinic which the agency recommended. It cost $100. I was also on edge while waiting for the results, on account of my lifestyle of self-sabotage over the years. Results came out okay, which was a green light to pay the remaining half of the agency fees.

In total, the agency fees, medical tests, Yellow Fever vaccine, transport to and from the agency and other related matters amounted to about $1400. I already had a passport, but if I were to get one, it would have cost $45, and a little extra for the immigration officials to help speed things up. Greasing palms is the norm in my neck of the woods.

It was only later, when we arrived in Qatar, that we found out we weren't required to pay any recruitment charges. One company official asked us to write down the amount we paid, in USD. Rumour had it that the company would cut ties with the agent, and we were going to get reimbursed. We never heard from the official again.

I remember being worried during this process because I wasn't sure if my mum could come up with that kind of money, let alone in such a short time.  She herself had emigrated to Europe when I was about 5 years old, and we never really talked much. She was divorced, with two other children to look after. She came through. I don't know how she got it. Never asked. Probably never will.

One or two days before we travelled, we attended a pre-departure briefing, conducted by the recruitment agency – no government official was present. We were told to always send money back home as soon as we were paid, in case 'anything' happened. We were briefed on Qatar's climate – we knew about the heat, not the cold, so we were advised to pack some warm clothing as well.

The most memorable one though, was when they told us not to interact with women, even from our own country, as any interaction, including casual conversation, would be grounds for deportation. We were going there to work, save money and fly back. Nothing more. They also told us never to look directly at 'Arab' women; you see them coming this way, you look the other way. The general theme of the briefing was part caution, part fear.

There wasn't even any mention of how to get in touch with our embassy should we need anything. The only good thing I remember was them repeating that our pay would be tax-free.

I didn't really think about missing family or friends or anyone really. Having been the subject of mistreatment by family, and friends being temporary, I not only welcomed the idea of flying away but also embraced it. At the airport, waiting for my flight, passport and visa in hand, I was finally at peace.