“We Are All Going To Die Here” 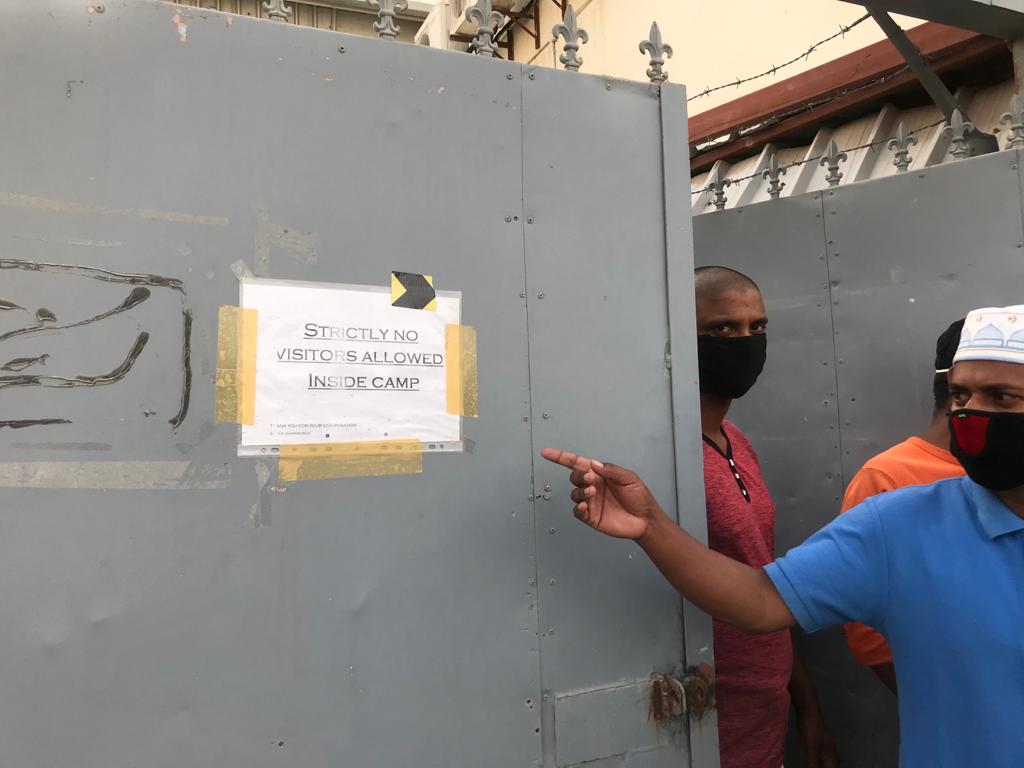 Around 150 workers from Orlando Construction Company W.L.L. have not been paid for three to six months. The workers, primarily from India and Bangladesh, are struggling to survive in a dilapidated camp without food and income, and with little help from embassy and government authorities.

With three workers recently testing positive for Covid-19, the situation has become even more precarious. Two were transferred to the quarantine facility in Sitra, while the other is isolated in a separate room in the labour camp in Tubli along with several more workers who have shown symptoms. Though the workers have been allocated a separate toilet and room, they still share the same cooking and dining space, exposing the rest to infection.

Orlando has a history of wage theft and bad business practices.  Migrant-Rights.Org previously reported on the poor and crowded state of the Orlando workers’ camp and labour abuses, as well as the protests employees staged two years ago.

In June 2018, the workers lodged a complaint at the Ministry of Labour with the assistance of social workers and while some wages were retrieved, the company has since reverted to only paying one month’s worth of wages every two to three months. The company has faced no repercussions, reflecting Bahrain’s weak regulatory framework.

After months of non-payment, conditions became so dire that one Indian worker, Gurpreet Singh, died of suicide on 23 June 2018. The company did not respond to the suicide nor did it compensate Singh’s family.

In the current case, many workers have not received wages since the beginning of this year and have been unable to send money to their families back home. Around 30 workers have resigned and have waited without income at their camp for as long as six months, while others continue to work without pay.

Last month, the workers registered another complaint with the police and the Ministry of Labour, following which the employer paid only one month's worth of salary.

An Indian worker told Migrant-Rights.Org, “I resigned in January and I am still waiting here, I want to go back home but I want my four months due wages and settlement before I go.”

“The company has offered us BD 50 (USD 132) and our passport and flight ticket on the condition that we sign a paper to give up our claims for wages and settlement, the company has all our passports and we cannot go to work elsewhere or go back home.”

Another Indian worker told MR, “I have been sitting in my room for six months waiting for my salary to go back home, nobody is helping us, and now inside we have Corona also. We are all going to die here.”

“Since the outbreak last week, the daily cleaners stopped coming to our camp and garbage has been piling up in the camp, the conditions are very bad here now.”

The Ministry of Labour is currently in negotiations with the company owners to resolve the case. But as the company’s history and several other cases have shown in the past, settlements take a long time and often only result in a temporary resolution, if anything at all.

Nair also owns Mayouri Holding W.L.L, which owns shares in several companies in Bahrain, including Orlando. Nair is well-established in Bahrain and is a prominent member of the Kerala Social and Cultural Association and the Indian School in Bahrain. He is also a member of the Bahrain Asian Traders Committee (BATC) and is well connected with the Indian embassy, having been seen with embassy officials at several events in the past.

Workers say his connections provide him with a high degree of immunity.

An Indian worker told MR, “GK Nair is a big image man, he has all connection in Indian embassy and NORKA. Last time we complained at NORKA and we told them we don’t have a salary and food, the NORKA people directly called GK Nair and he told them “don’t worry, I will give salary” and then that same evening the HR manager gave us BD 20 (USD 53) that’s it. He has too much connection here, that’s why we go anywhere, nothing, nobody helps us. ”

Workers told Migrant-Rights.Org that when they called the Indian embassy last month, they were told the embassy only handles emergency cases and since this is a “normal case,” there’s nothing they can do.

According to the workers and documents MR attained, GK Nair has long-promised workers to pay wages by a specific date, only to break the promise, and offering different excuses as to why wages have been not being paid (see documents).

The workers are quite literally held hostage in miserable accommodations, with passports confiscated, wages stolen, and the company forcing them to forego claims in order to return home. The toll on their mental and physical health has been severe.

The government should also immediately make testing available for all workers and provide healthcare as well as facilities for workers to self-isolate. The labour camp should be sterilised and workers should be provided with sanitation supplies and protective equipment.

The Bahraini government must establish a comprehensive regulatory framework that protects low-income migrant workers from these abusive practices and implement strong enforcement measures to finally put an end to wage theft.

Note: MR has attempted to contact G K Nair and the company several times for their inputs, to no avail.