450 workers stranded in Bahrain as construction companies default on wages 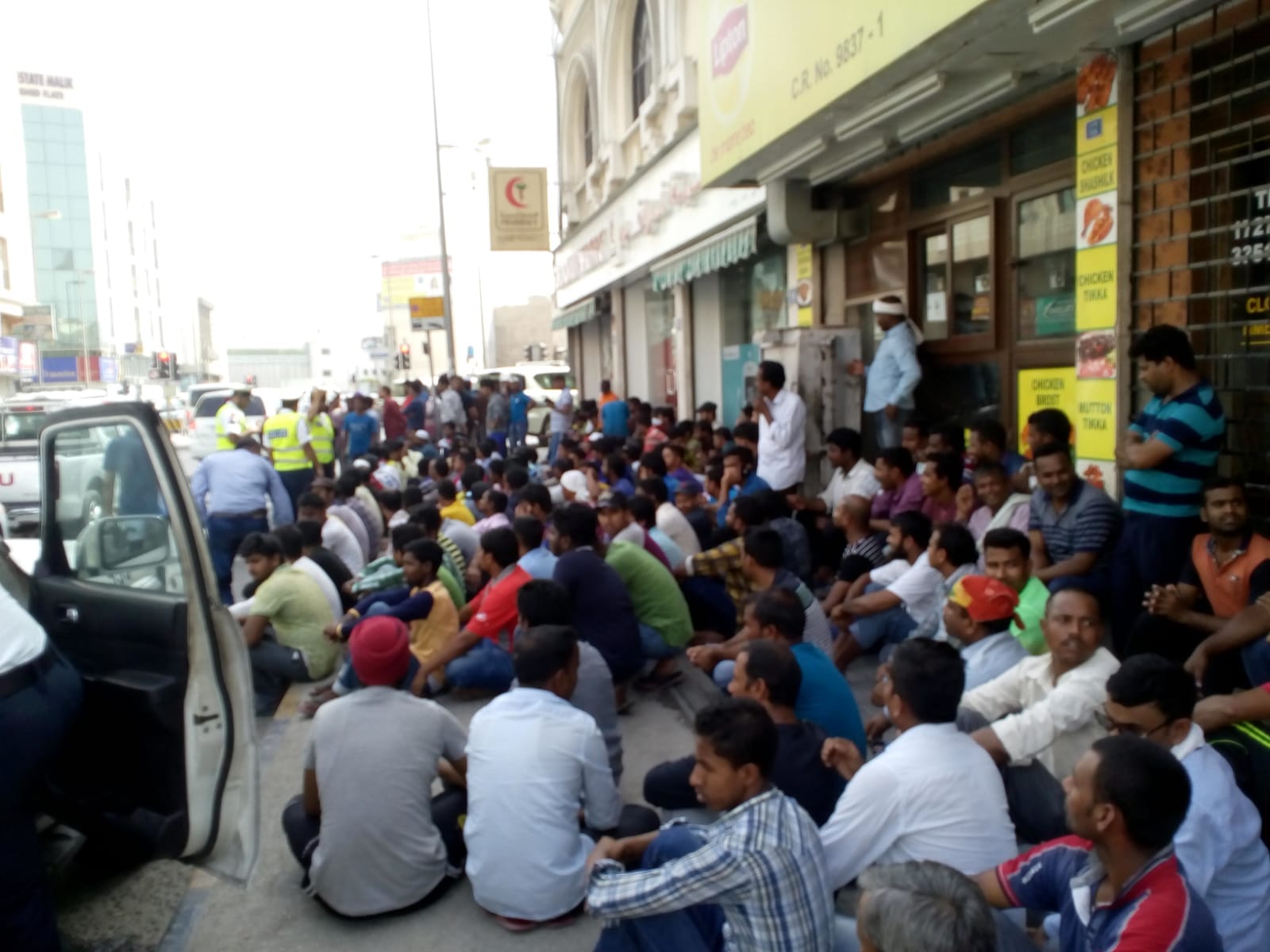 Around 450 workers from multiple construction companies in Bahrain have been denied their wages for over four months.

All of the construction companies are owned by the same parent company which is managed and owned by an Indian national, and a Bahraini partner. The companies include ITC, Faisal Fardan Electrical Construction, Al Qawareer Contracting Co. W.L.L, Orlando Construction Company W.L.L.

On June 11 the workers, who are mainly from India and Bangladesh, held a protest march towards the Labour Court of Bahrain. They walked for hours from their labour camp in Tubli in the intense heat, only to be stopped by the police in Manama and returned to their camp.

The provisions of Kafala make it impossible for workers in distress to seek justice or remedy their situation independently.

We have seen thousands of workers across the Gulf states becoming irregular and stranded for no fault of their own. Economic recession and mismanagement have placed hitherto successful companies in doldrums, with lower income migrant workers bearing the brunt of the downturn. Be it Saudi Bin Laden group, Kharafi Kuwait or HKH Qatar, the governments have done little or nothing to hold the businesses accountable for the well-being of its employees.

This is the second time this month where a protest march of this kind has taken place. On 3rd June, more than 100 migrants who work or used to work for G P Zachariades Construction Company marched to the Ministry of Labour and Social Development in protest of unpaid wages.

Pushed into irregularity and despair

Many of the 350 workers have been working for the companies for more than eight years. One worker told Migrant-Rights.org, “last year some workers had issues with the management due to unpaid salaries, not providing a ticket home, not giving passport or renewing the visa, but this year the company just stopped paying us all together”.

Despite not being paid since January, most workers continued to work. However, with each passing month, their living conditions worsened. “Whenever we asked for the salary, the management kept on telling us it will arrive next month, but it has been five months now and the management is just ignoring us and we cannot survive like this anymore,” another stranded worker said.

Mohammed Jamal Uddin from Bangladesh is one of the workers in the labour camp. Jamal Uddin worked for Orlando Construction Company for many years but left after six months of unpaid wages, which he still hasn't received.  Unlike many of his ex-colleagues, the company gave him a release to work for another employer. He now works at a restaurant. 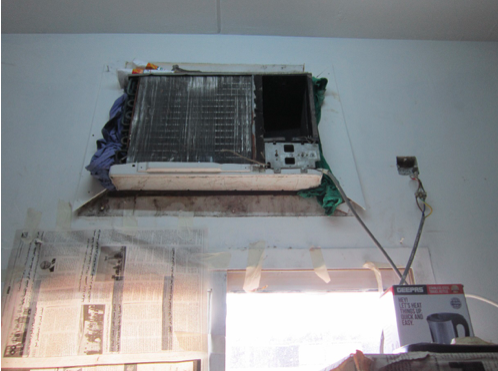 Images from the labour camp 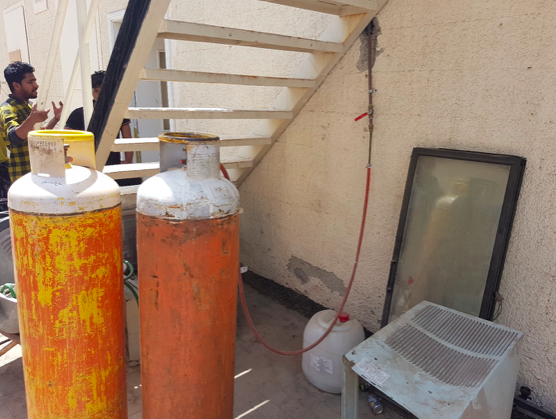 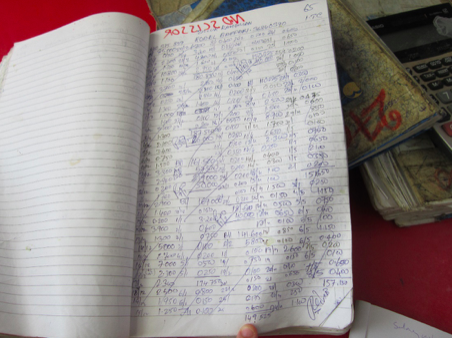 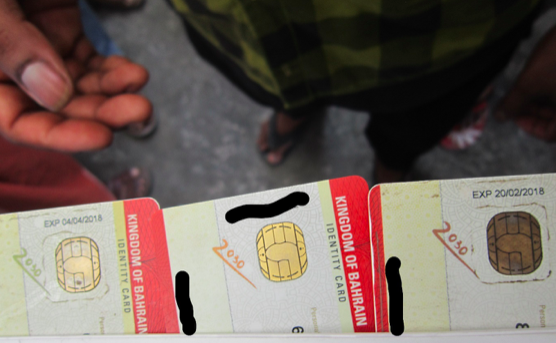 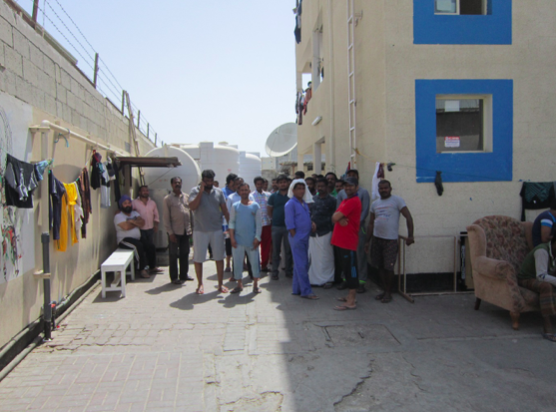 Images from the labour camp

More than 100 workers who reside in the company’s labour camp have either resigned because of unpaid wages or have been fired by the company, and many of them now live in Bahrain with irregular status because the company failed to renew their visas. With expired identity cards and visas, many workers fear being detained by the police and are worried to leave to find another job or even go to the clinic.  One worker said: “I was told seven months ago by the management to not come to duty anymore and that there’s no longer any job for me, however, they haven’t returned my passport or given me a ticket to go home or a release to find another job. For 7 months now I am only sitting in the camp with no job and no place to go”

An Indian national working as a mason for 6 years told MR that he finished his contract with two months pending salary, but the company refused to return his passport or provide him with a ticket and end of service benefits. His visa expired in January this year and he has been irregular since.

Lack of food provision and safe and proper accommodation only adds more misery to their plight. In some cases, up to 12 people live in a single, overcrowded room (Bahrain law stipulates a maximum of 8 people per room). There is no running water in the showers or kitchen and the workers use water buckets to clean themselves. Many of the toilets do not work.

Above all, the safety standards in the camp are hazardous to workers’ health: there are no safety valves on the gas cylinders used for cooking, the fire extinguishers are obsolete, and many air-conditioners are in poor condition.

The workers told MR that each worker pays BD 1  (USD 2.65) per month for cooking gas and that they even had to buy the stoves themselves. There are no refrigerators in the camp either.

The cashier of a nearby cold store told MR that the workers in the camp have had a tab of about BD 4,000 since the beginning of the year.“We have workers coming from everywhere asking for food and groceries, promising to pay back as soon as they receive their wages, we have to give them otherwise how will they live?” he said while flipping through his account book, a record of the large sums of money owed to him.

According to DT News, the Labour Ministry Assistant Undersecretary for Labour Affairs Dr Mohammed Ali Al Ansari said that the ministry is investigating the allegations,  that negotiations are underway with the owners of the company and that they have agreed to make the payments soon. The Bangladesh Embassy labour consul Shaikh Tahidul Islam also told Gulf Daily News that their diplomats were negotiating with the company's owners to ensure the workers are paid soon.

One of the workers who filed a case against the company told MR that his case is still pending because the employer didn’t show up at court. “I have gone to the court 4 times now and I still haven’t received my wages.”

“If the employer shows delay in the disbursement of the worker’s wage, said employer shall pay to the worker an annual compensation equivalent to 6% of the wage in respect of which a delay was shown during six months or less as of the date of payment of the wage. This rate shall be subject to a 1% increase for each month of delay after said period without exceeding 12% of the wage per year.”

It’s to be seen if the workers will receive their due wages with compensation as stated by the labour law, however many of the workers of the construction company G P Zachariades who protested earlier this month have not received their settlements or wages for more than a year now.