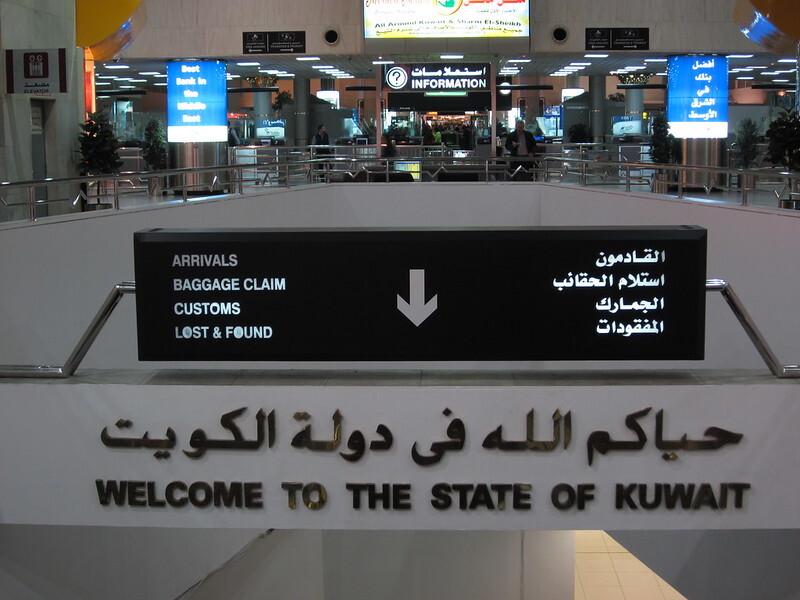 Ten months into the Covid-19 pandemic, migrant residents stranded abroad fear that what started off as a short holiday could turn into a permanent lay-off, with forfeiture of due entitlements and loss of their homes and possessions.

Gulf countries are slowly re-opening borders for their residents to return, however, some regulations make it very difficult for them to do so. Kuwait, for instance, has confirmed that expatriate residents whose visas have expired while they remain stuck outside the country cannot return. An estimated 40,000 workers have already lost their residencies.

Consequently, migrant workers are paying a premium to return to the Gulf before they lose their jobs and to bypass travel restrictions. Because many are unable to fly directly into Kuwait or Saudi Arabia, they fly into Dubai on visit visas and transit into one of the other GCC states. Currently, the Dubai International Airport is open to almost all countries in the world, with certain regulations in place including mandatory quarantine. These take shape as ‘quarantine packages’ that can cost upwards of US$1000.

A recruiter based in Lucknow India says this is the current racket run by many agents who charge upwards of Rs80,000 (US$1100) for the Dubai transit alone. “The situation is really difficult for migrants who want to return to their work in the Gulf. Mainly Saudi Arabia and Kuwait, which is not yet operating direct flights. So now they all have to test before going to Dubai, then quarantine in Dubai for 14 days and again test for Corona before they can go to Saudi or Kuwait.”

This is a major problem because many agents are now running a lucrative recruitment business on top of this as well, he says. “To go back to Saudi Arabia now, they have to pay this huge amount for Dubai tourist visa, hotel, food, corona test, and it can even go up to Rs100,000. There is no guidance given to us by Saudi or Kuwait, or by India.”

Kuwait recently reaffirmed travel restrictions from major origin countries such as India, Egypt and the Philippines, even for workers with valid work permits. Many workers who have been stranded outside the country – roughly 430,000 as of August 2002 – have no option except for the pricey transit-route, in order to return before their visas expire.

Although the Kuwaiti government arranged for the return of hundreds of migrant healthcare workers and lab technicians in the earlier months of the outbreak, even essential workers, such as nurses from the Philippines, have recently had to take the expensive UAE route.

Though iqamas can be renewed online, even when the visa-holder is not in the country, the return process remains difficult because the decision for renewal (and the responsibility) still lies with the employer.  With the economy still reeling under the pressures of the pandemic, businesses are not keen to bring back workers whose wages they cannot pay.

Kuwait is reportedly planning to continue enforcing travel restrictions until after the general elections, which is set to take place on 5 December 2020, after which the Kuwaiti government will prioritise the return of the estimated 82,000 domestic workers from abroad. According to government sources cited by local media reports, the success of returning domestic workers will determine the large scale return of workers from the 34 countries that are currently on Kuwait’s banned list.

For those with families, the investment in residing in the country goes beyond just paying higher rents for a family apartment. Even if the nature of their visa is temporary, their residence has roots that involve bank loans, car mortgages, credit cards, children in schools, spouses who work. To uproot them without notice not only means financial loss but a more difficult process of relocating and starting all over again.

Within the first group of migrant workers are the ‘free visa’ holders. An Indian community worker in Kuwait says these workers pay their sponsor between KD400 and 600 (US$1300-2000) and are now unable to afford to renew their visas. “Then there are companies that are doing really badly and have not paid salaries, and their services are blocked by the Ministry. They cannot renew visas even if they want to… and many don’t. Because when those workers return their wages and dues have to be settled.”

Migrant rights’ advocates have for months warned that employers are likely to take advantage of the pandemic to avoid paying workers dues.

One of the stranded residents recalls the 1990 Iraqi invasion, and fears that there may be a repeat with people unable to return to reclaim their belongings, and others squatting in those spaces.

A Nepali assistant manager of an international pizza chain in Jabriya was scheduled to go on his annual vacation on 15 March. He advanced his tickets to 12 March as there was talk of closing the Kuwait airport. He was supposed to return on 1 May.

“I had terrible back pain as I used to work extra hours and be on my feet for long hours. The break was supposed to help me relax. But I could not return. At first, my company said I could apply for home leave for four more months, and that I would be paid 20% of the salary. However, this was rejected, and on 3 June I was told I was being terminated.”

He had paid three months of rent (KD120 –US$390 – a month split with his roommate) for his apartment, and all of his personal effects, education certificates, and valuables were left behind.

“My friends packed everything and moved it out. But I have to go reclaim it. I also had a plan to finish 10 years of service so that I will get my 100% indemnity (one month salary for every year of service). But, now I will get far less… I don’t even know how much.”

Though his visa is valid and his company has said he could return and apply for a job transfer, and receive his final settlement, the costs of one-way travel are prohibitively expensive.

While the company can still pay his final settlement, it will only be paid into his Kuwait bank account. “And to withdraw internationally I will lose more money. I have no choice but to make a trip back.”

Chito, a social worker, says origin country governments need to start working on how to recoup these pending wages. “This has to be done through the foreign affairs department, to execute special power of attorney to empower the labour sending country diplomats here in Kuwait to be able to legally represent their citizens.”

Expats also fear that their apartments and possessions may be taken over or thrown out by the building management since they have not paid rent for the last six to eight months.

“Banks here (in Kuwait) might outsource collection agents in India to collect loan instalments. We still don’t know in the many ways in which individuals will be affected..."

One resident stranded in India fears that he will not only lose his possessions in Kuwait but that he will also still be liable to repay loans. “Banks here (in Kuwait) might outsource collection agents in India to collect loan instalments. We still don’t know in the many ways in which individuals will be affected due to this inability to return because they cannot independently renew their visa.”

According to media reports, the total value of loans owed by expatriates in Kuwait amounted to about US$2.7 billion in July 2020.

One of the stranded residents recalls the 1990 Iraqi invasion, and fears that there may be a repeat with people unable to return to reclaim their belongings, and others squatting in those spaces.

The dispossession and loss of livelihood now facing migrant workers on a mass scale result from their exclusion from Covid-19 responses, mounting efforts to reduce the expatriate population, particularly in Kuwait, as well as employers’ longstanding control over workers’ legal residency.  Governments must prioritise the safe re-entry of workers by extending the validity of their residency permits and clearly communicate plans and procedures to the affected communities. It is critical that systems are developed to ensure workers do not lose access to their personal effects or rights to their due wages and entitlements in the interim. In particular: