Civil society activism across the GCC states is limited and invites regular censure from governments. Human rights activism in particular is viewed through the lens of national security and accordingly falls under greater scrutiny. No mean feat then, when individuals come together to advocate for the human rights of migrants in these countries. It is not mere coincidence that Kuwait and Bahrain, the only two countries in the region that extend some level of democratic participation to its citizens, have the most active civil society presence. 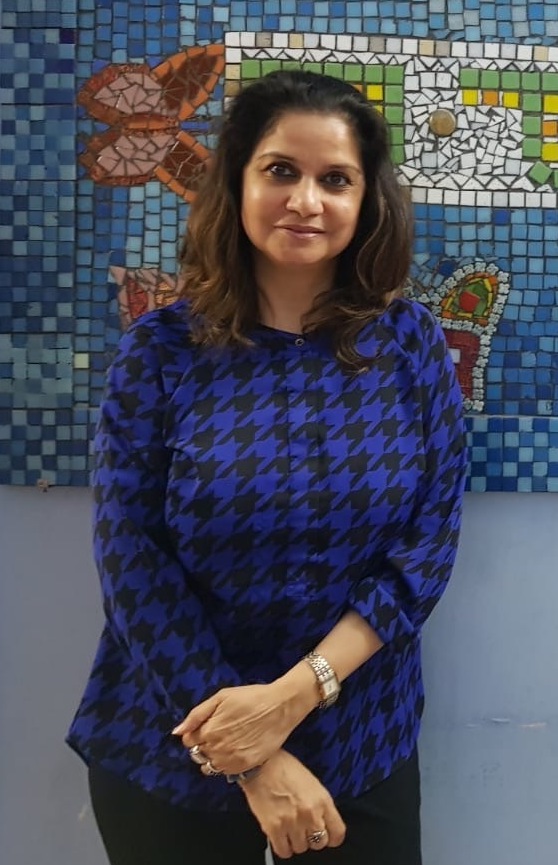 Mehru Vesuvala at MWPS office, on her last day at work.

Mehru Vesuvala moved to Bahrain from India in 1994. In less than a decade, she found herself actively involved with a small but growing group of residents (citizens included) who were advocating for the rights of migrant workers. This group would eventually form the Migrant Workers Protection Society (MWPS), an organisation which continues to provide critical assistance to migrants in Bahrain.

Speaking to Migrant-Rights.org, she recalls how it started for her. “I was reading a story about an extremely badly abused domestic worker. Unlike other stories that you read and move on from, this one gave a contact number if one was interested in assisting with such issues.” And that is exactly what she did in 2002.

“It was really good to meet with like-minded people and brainstorm on how we can take forward this agenda of advocating for migrant workers. It was a fruitful start to our journey that continued until I returned to India in 2019,” Vesuvala says, noting that there was not much awareness then, and the problem was far more widespread than was publicly acknowledged. “Of course workers continue to be invisible even today. But, at that time, they were not there in the mainstream consciousness of people at all.”

In this interview, Vesuvala reflects on building a civil society movement, and the persistent challenges.

You were a founding member of MWPS. Can you give us an idea on what the environment was like then, what allyship meant?

We were all part of the migrant workers’ subgroup under the Bahrain Centre for Human Rights (BCHR) when I joined it in 2002. When BCHR was dissolved for political reasons by the government, a few of us from the subgroup continued to do this work quietly for a year and a half, and in 2004, we registered with the Ministry of Labour and Social Development. We were helped a lot by our first chairperson Mona Al Moayyed, a philanthropist and businessperson.

We continued doing the work even before formal registration was completed, meeting in cafes and homes. In fact, before the shelter was opened, we would take in abused workers into our own homes until the case was resolved.

In the years since how has civil society activism changed in Bahrain and the wider Gulf?

I do think civil society movements are definitely much more robust now than at the start of the 21st century. There are many groups working for the cause. Advocacy work has definitely progressed. But there is a shortage of organised NGOs who are dedicated to following up on issues and cases of workers.

There is no shortage of people who would want to get together and take part in the distribution of food during Ramadan or say when there is a fire in a labour camp. The general public will mobilise and are quite willing to lend a helping hand whether it is by donating money or in kind.

But to have a group that is dedicated to continuously addressing, case by case, issues of workers and trying to resolve each person’s problem? That did not receive a lot of traction. It is difficult work and it is very time consuming and unpredictable, you didn’t know what the outcome would be. You not only have to keep yourself motivated, but you also have to continuously provide motivation and support, including psychological and emotional, to the workers. I did find that you have to keep them upbeat and ensure they have some trust that the system we are trying to work with will eventually work for them. This is kind of a mixed bag.

Why do people with privilege hesitate to speak up or extend a helping hand?

People of privilege whom I encountered in Bahrain were people willing to help with cash or in kind. We did find that people were more than happy to support materially.

Time was always the difficult part. To get people to commit their time to the cause. As far as the expatriate community goes, people are there for their own livelihood. You are working for an organisation that expects you to devote your time and effort to your job. For women who were on family visas, they were unable to give time as they had children to take care of. The work you do with migrant workers requires being on call 24/7, or the calls happen late night or on weekends when the workers get an opportunity to speak privately. It’s difficult to commit to this kind of work. I would not like to judge them. To each his own. Each one has to figure out what works for them. For me, the more I did this work, the more I felt there was a need for people to step up.

How do we create an environment where people are willing to give their time for causes that matter?

Doing this work, especially in foreign countries where your visa itself is dependent on someone else, people are concerned about drawing attention to themselves. Those of us who decided to spend our time and effort on this built relationships with the government and other agencies. It made it easier for others to follow. The work was clearly having an impact. The organisation did command a lot of respect. So maybe you can create that environment with quiet leadership, not making it all about yourself, but about the work. We were getting a lot of enquiries – schools and universities invited us to speak to them about migrant issues. MWPS created an enabling environment. My motto was always if you do it quietly, and you do it sincerely, it does have an impact.

"...if you do it quietly, and you do it sincerely, it does have an impact."

How has migration been viewed over the years?

Migration is here to stay. I think governments and wider international civil society all recognise this. The challenges at various levels remain the same. You need to address why people are moving. They move because they lack opportunities. We can talk about policies and laws, but there is a lot of money at stake in migration. It’s not just about an agency or an employer, there is collusion that goes beyond that.

We see repetitive and stereotypical discourses even amongst civil society actors. There is a hesitancy it appears to go to the root of the problem, but merely to make cosmetic reforms. Thoughts?

I do agree with you on this point. A lot of us who do this work and have attended multiple conferences and seminars over the decades, we do find that the same thing is being repeated. And that there is such a big gap between what is being spoken about and the ground reality. We need more media exposing collusions and nexus of the powerful, who benefit from the status quo and the trafficking.

What about the agency of migrants themselves?

This has to be an ongoing process and will take some time. We need an environment where workers can ask for their rights, come forward and speak openly about their issues without fear of repercussions. The ground is not fertile for this kind of activism yet. Governments and employers look at workers who ask for their rights as troublemakers. As long as migrants are seen as temporary or guest then their rights will be fragile.

Do you think migrants can claim the space within the gulf to fight for their cause, or will it always be via more established actors from the outside?

Power leverage against migrants is really askew. The amount of control an employer has over a migrant worker is enormous. If workers do agitate, if they do fight for their rights, the chances of them being deported is high. So there will always be a hesitancy to claim space for themselves. Ideally, if there are trade unions then they can take a lead role and organise workers. There is always the issue of migrants unable to navigate the bureaucratic landscape to raise their issues and get justice for themselves. Especially those who come from disadvantaged backgrounds in origin countries, they find it really difficult. The entire environment can be intimidating, everything is in Arabic, there are enormous communications issues. For domestic workers, in particular, they prefer to be accompanied by someone they trust. Workers find it difficult to trust anyone in a position of authority.

Will we see meaningful citizens-led advocacy for migrants in the region?

I think we already saw that happening within the gulf region. Civil society organisations and trade unions advocating for migrants. We see when media reports on abuse of migrant workers, citizens speak up in support of workers in letters to the editor.

Also, do governments see CSOs as partners? Or troublemakers? They should provide opportunities for civil societies to grow and do their work.

But trade unions, where they exist in the GCC, tend to prioritise citizen’s rights?

That is true. But when I’ve spoken to some they say workers are not coming forward to take the membership.

Which MWPS accomplishments are you most proud of?

One is that we got a lot of support from local government, police stations, immigration. We were recognised and acknowledged for the work we did. Setting up a shelter for women in 2005 was one of the big achievements, within three months of registering. That shelter reached out to women of all nationalities. Even police and immigration officials preferred calling us, as they knew we took care of the residents.

Listening to the stories of the migrants, it gave me a lot of hope because we tended to look at them as if they didn't know what they were doing. They are quite clear about what they want. They just need a better enabling environment to achieve it. The number of times when a worker went and complained to the police about abuse or non-payment, you realise they are capable of standing up for themselves. We just need to give them support. And most importantly, we need to listen to them, which we tend not to.

And, what would be a regret?

I don’t have regrets. The best we can do is always pick yourself up and move forward. I left Bahrain in March 2019, and in April 2019 the MWPS shelter for women closed down. A few of us left and we were unable to find anyone who was ready to step up and take responsibility for the shelter. It was voluntary work I agree… nobody was ready to put their hand up and say we will do it. Closure of the shelter was a sad day because I think it did a tremendous job for women who stayed there. That was a bit of a disappointment. I know this work will continue and new leadership will always have new ideas.