Malcolm Bidali, a Kenyan national who was forcibly disappeared by Qatari authorities on 4 May and held in solitary confinement for a month, has finally been allowed to leave the country after paying a hefty fine for his human rights activism. The 28 year-old is a security guard, blogger and activist, who has been vocal about the plight of migrant workers like himself, and has written for a number of online platforms. 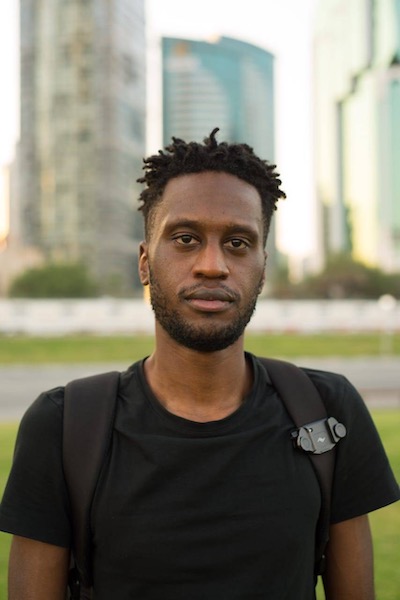 Malcolm was ordered to pay a fine of QR25,000 (approximately US $6,800), in addition to surrendering his personal mobile, Twitter, and Instagram accounts on (@NoahArticulates) through which “the crime was committed."

In a statement released by a coalition of organisations that have advocated on Malcolm's behalf, he said:

“I'm extremely fortunate to have gotten out (relatively) unscathed, given the selection of charges levelled against me. Outrageous charges, and an even more outrageous fine, for simply sharing our lived experiences and pointing out shortcomings of the specific entities responsible for workers' welfare, none of which translates to 'misinformation'.

What I learnt from this was that a) free speech is expensive, and b) free speech is immensely effective. The latter is why so many activists and advocates do what they do, despite the very real risks involved. It's an honour for me to be counted as one.

I'd like to thank all involved from the moment I was detained, all the way to my release.”

Bidali was charged with violating the Cyber Crime Prevention Law of 2014, which carries a maximum sentence of three years in prison and fine of QAR 500,000 (approximately US $137,000) for anyone who “through an information network or an information technology technique sets up or runs a website to publish false news to threaten the safety and security of the State or its public order or domestic and foreign security.” Anyone who “promotes, disseminates or publishes in any way such false news for the same purpose” can be punished with up to a year in prison and a fine of QAR 250,000 (US$68,000).

The statement stressed that the charges violate international human rights law and standards, particularly the right to freedom of expression, and as such the Qatari authorities should take immediate steps to have the unjust conviction overturned.

The full statement can be accessed here: