Ausman and Steven landed in Abu Dhabi on 8 June 2017, for what turned out to be a traumatic experience.

The two Ugandans faced impossible choices – to either continue working in slavish conditions for a quarter of what they were promised, or go back home not only empty-handed but deep in debt and with a loss of face.

They would have preferred to stay in the country – to continue working but on the original terms promised in their contract, or to obtain permission to seek other employment, but their sponsor and manager ensured neither of these options were available to them.

The two men were allowed to stay in company accommodation through the dispute, seven to a tiny room,  but were not been provided food or money for sustenance.

They contacted Migrant-Rights.org for support, and members of the Emirati community quickly stepped up to help them.

But they struggled to get their complaints heard by either local authorities or their own embassy.

The two Ugandans were trafficked into the country, lured by the promise of a good wage and decent working conditions.

They responded to an advertisement on a Facebook page that offered jobs in a bakery in Abu Dhabi. Right after they expressed interest, a Ugandan broker asked to meet them in Kampala’s Freedom Mall.

He put them in touch with the manager of the Al Dhafra Modern Bakery. Once communication was established directly with the employer, the broker collected 3.1 million shillings (roughly USD860) from each of them and disappeared.

The manager sent an offer letter dated February 21 that stipulated a basic salary of AED2000 and a 9 hour workday with an hour-long lunch break. Ausman and Steven carried out the required paperwork at The Directorate of Citizenship and Immigration Control in Uganda.

Once they were cleared to travel, the employer sent them their tickets and visa, at which point, Ausman says, the manager told them they would only be paid 500. “We assumed he meant USD500 because offer letter says AED2000 which is a little more than $500.”

However, on landing in the UAE, the contract they were given stated a basic salary of AED500 (USD136).

The two protested, to no avail.

“The manager said all the workers get only 500 or 600 so he won’t pay us more. There are about 36 workers, all unhappy, but they know they can’t do anything. There are workers from Cameroon, India, Bangladesh. They all are working on these terms. We refused to sign.”

Over Ramadan, the two approached their Emirati sponsor who said he would consider paying them AED1300. “But now he says he won’t. We have to work two shifts. 8 a.m. to 4 p.m. and 9 p.m. to 2 a.m., with no weekly off. And every time we approached the manager we were spoken to rudely. He dared us to call the cops. He also refused to give us back our passports, and kept saying he didn’t have it with him.” 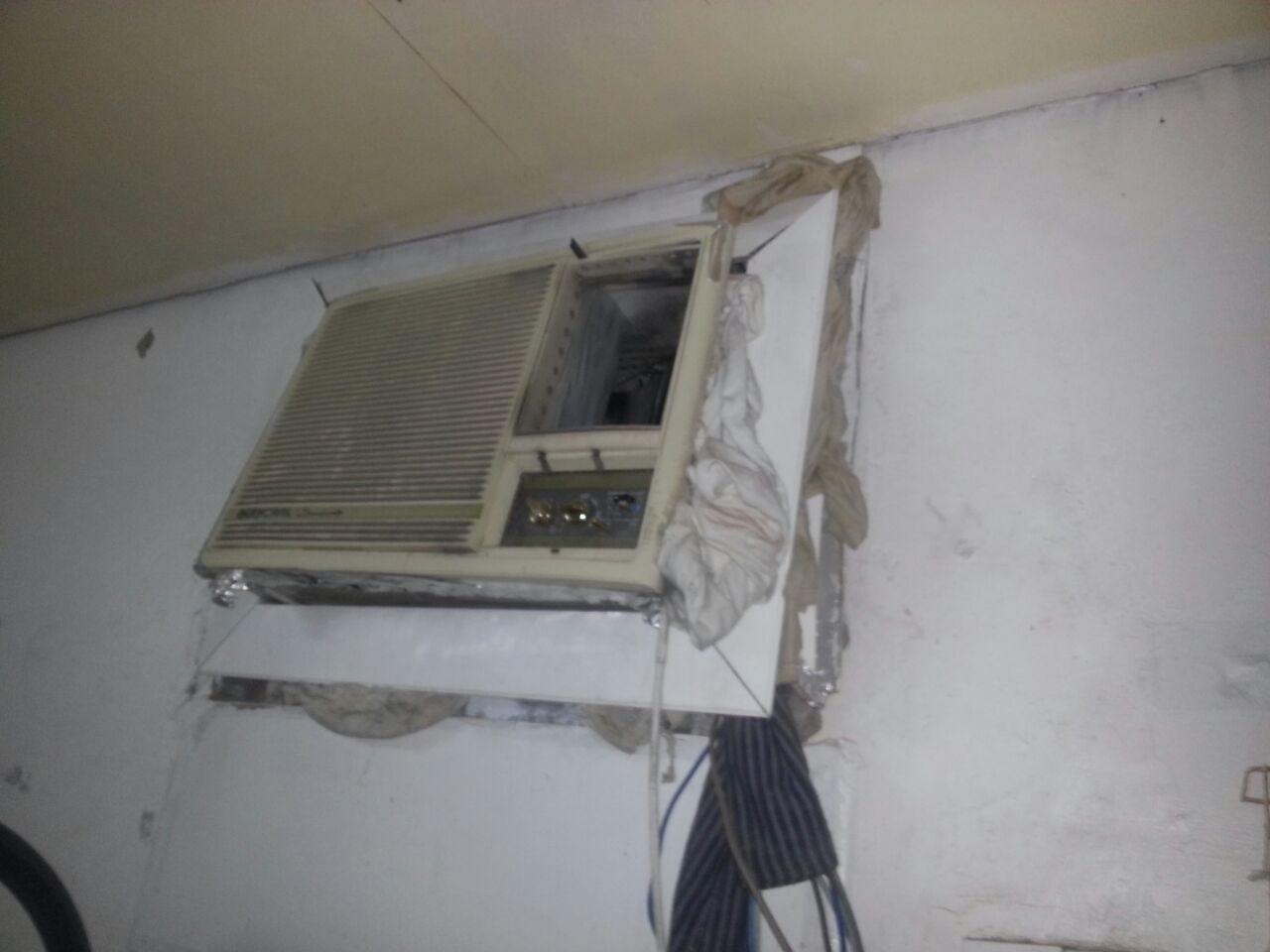 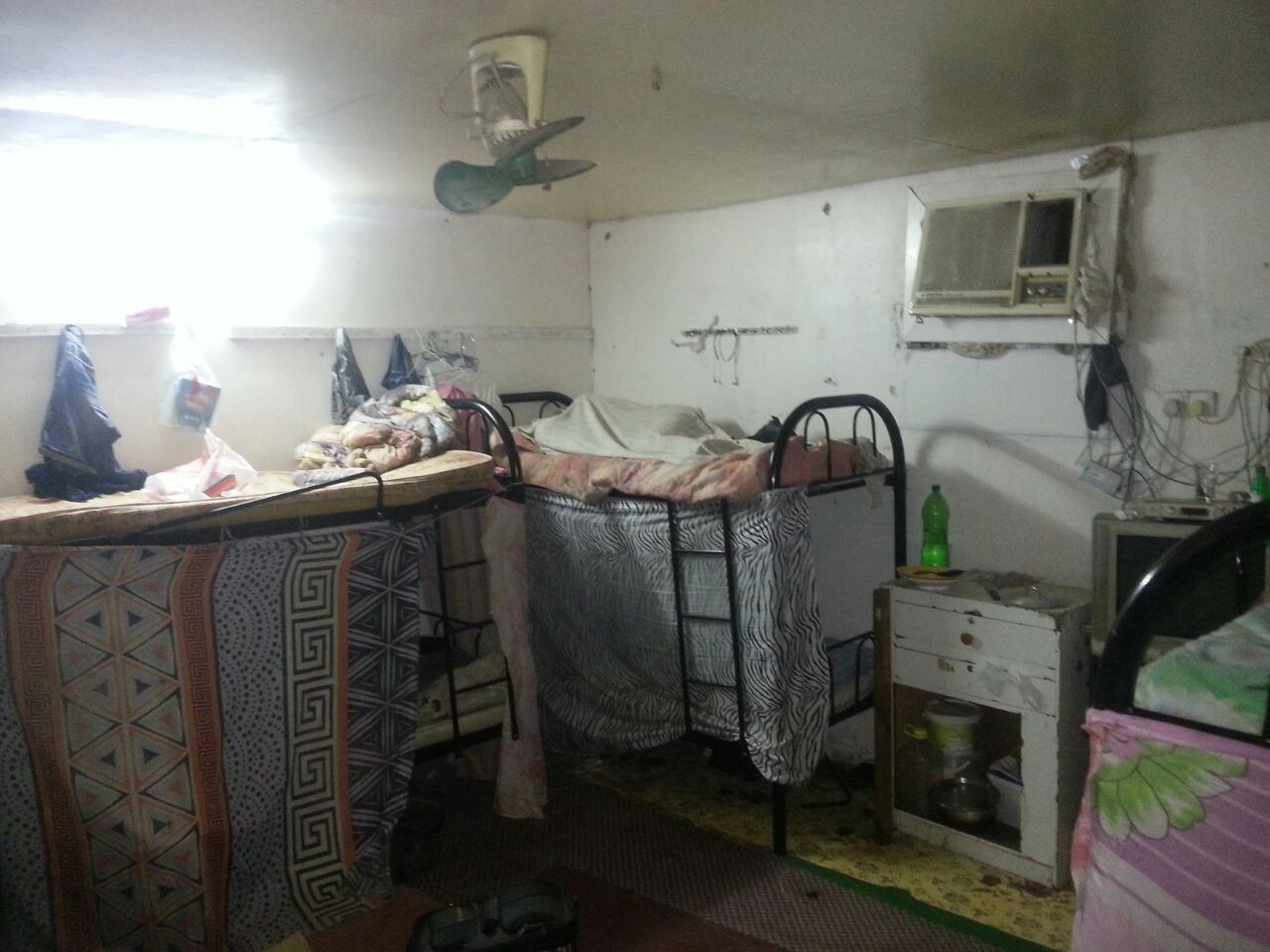 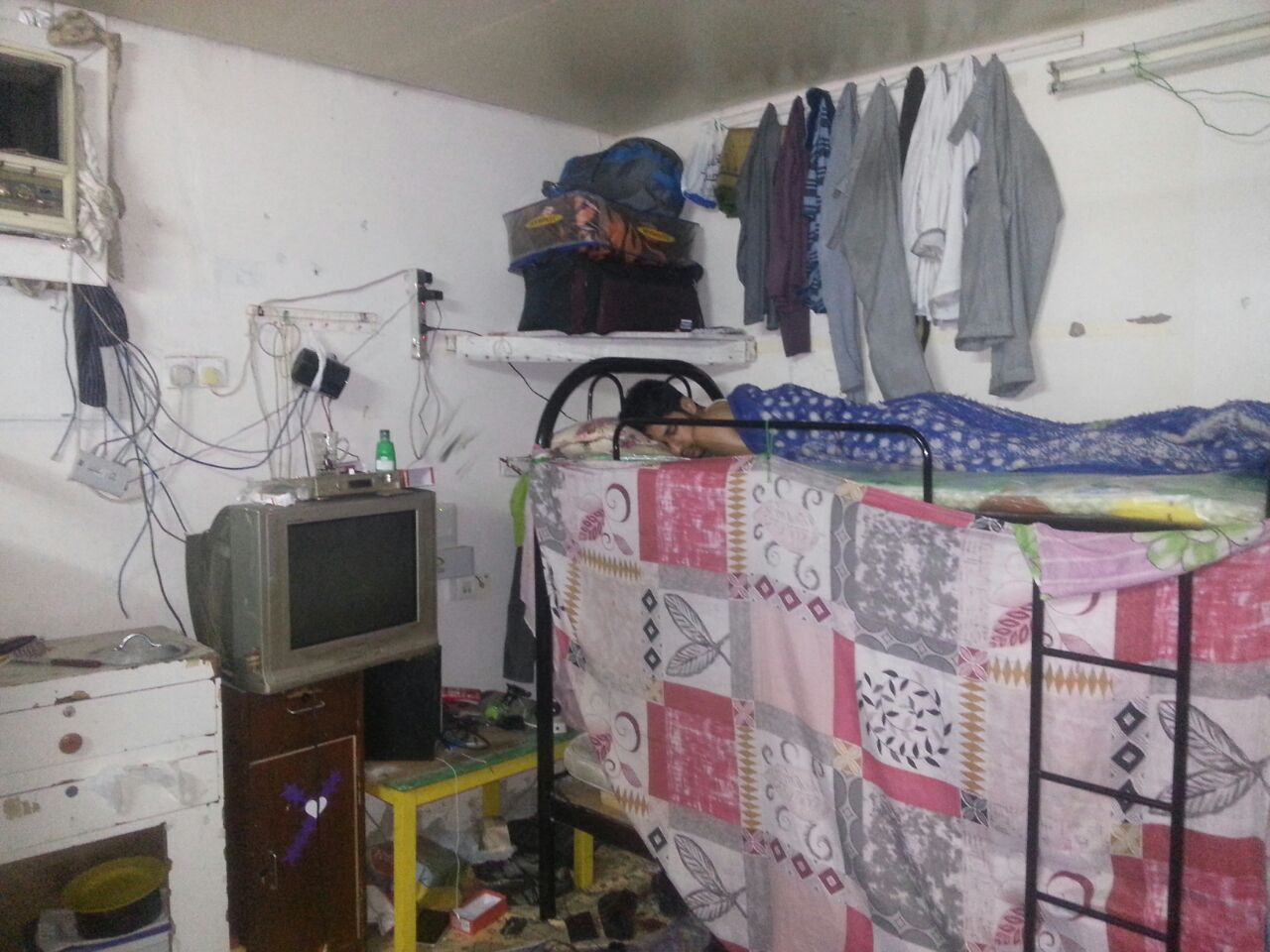 With donations from the community, the workers managed to get enough money to travel about 150kms to file a labour complaint and to pay the fee of AED53 each.

“We first went to the Ministry. Then they directed us to Village Mall, where there is a TAS'HEEL service centre where we filed a complaint, on 29 June. They said they would get back within 48 hours but did not. We went back on 4 July and they said they will call in five days. We are still waiting. Now the manager is threatening us, saying if we go back to complain his lawyers will meet us there.”

Disregard for UAE regulations and workers’ well being

Migrant-Rights.org tried reaching out to both the sponsor, Shelaweeh Obaid, and the manager, Mustafa.

The manager responded to our inquiry and maintained that he had only offered them AED500 from the beginning.

“The total would be 1500 dirhams for three employees, and the agreement was their traveling expenses would be their responsibility, but since workers mentioned that they can't afford the tickets, the company covered the costs for three travel tickets with the promise that they will pay it back in a 2-year-period through monthly deductions from their salaries.”

Mustafa also says he was surprised the company was not notified that one of the 3 workers whose ticket they paid for didn't show up, due to delays in work permit process in Uganda.

According to Mustafa, they worked for one day and refused to work thereafter,  complaining about the salary and the work hours. He says he negotiated a salary increase to AED600,  the salary that he pays the other workers. He suggested that they could work overtime to increase their salaries.

Mustafa turned down the worker's’ request for a release to allow them to look for another job. “We will cancel their visa. Transferring their visa is not an option, because they didn't commit to the provisions of the employment contract, and as a result, they won't be able to come back to the UAE for work in the future if they choose to go with the visa cancellation.”

But the workers provided Migrant-Rights.org with a copy of the original offer letter stipulating an AED2000 salary. 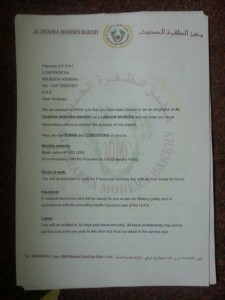 According to Ministerial Decree No. (764) of 2015 on Ministry of Labour approved Standard Employment Contracts, issued 27 September 2015, all employment offer letters must match the Ministry approved employment contract format that will be signed by the worker. All offer letters must be registered with the Ministry of Labour. In order to renew a contract that was signed before the new decree came into force, the contract must be adapted to conform to the new standards. No clauses can be added, altered, or substituted unless approved by the Ministry.

The Ministry has recommended that all employees keep copies of their original contracts in the event that any disputes arise.

Mustafa claims that the official letter initially sent to the workers stipulated an AED500 salary, but that they asked him to send another offer with a higher amount to help expedite their work permits in Uganda. He also claims to have proof of the conversations and the back and forth regarding this matter.

What is absolutely clear is the deficiencies in the labour complaint process and the practical obstacles to accessing support.  Ausman and his compatriot have heard nothing from authorities since lodging their complaint. Workers should not have to rely on community members for aid – particularly when this kind of support is often criminalised by the government.

Additionally,  despite recent reforms allowing some workers to more easily change jobs, sponsors (or their intermediaries) continue to yield undue power over this essential right. Employers are able to use the threat of a visa ban to prevent workers from pursuing complaints against them or leaving their jobs.  One of the many exchanges between Ausman and Mustafa captures this unequal power distribution. Musfata callously cackles as he threatens to charge the workers with a crime they didn't commit, in order to put an end to their complaints.

M: I am talking now to police. these two persons take money from (the company).

The exhausting negotiations with management are a power tactic; eventually, many workers will give up the fight by either accepting the unfair conditions until their contract expiry or by running away, which renders them illegal and consequently absolves the employer of almost any wrongdoing.   The labour complaints system should offer a fair playing field for workers to resolve disputes with their employers, but its inefficiencies instead disempower workers.

The manager eventually told Ausman and Steven that he would only cancel their visas and return their passports (passport confiscation is illegal but still widely practised) if they provided proof of their airline tickets home. Both would have preferred to remain in the UAE and seek other employment but despite some reforms to the UAE's sponsorship system, this was not an option available to them.

Ausman and Steven are now home, searching for new opportunities.  The manager would only release their passports and cancel their permits upon proof that they would leave the UAE. MR sponsored the costs of their return airfare and transportation to get them home as quickly as possible.

Yet, their sights are set on going abroad once again, as decent-paying jobs in Uganda are hard to come by. The road forward will be difficult - even Ugandan workers who migrate using registered recruitment agencies face issues with contract substitution. Not until they’ve paid to migrate or landed abroad are their true salaries and working conditions revealed. Often, these new terms not only fail to match expectations set by the job offer but fall far below decent standards of living.

The argument that workers earn more abroad than they can hope to make at home, unfortunately, is often used to justify the kind of exploitation that Ausman and Steven endured.

If you would like to contribute to the cost of their tickets and transportation, please consider donating by clicking 'Donate' at the top of this page.