There are two ubiquitous sartorial representations of the Gulf that set apart the most vulnerable and marginalised of residents. One group in blue overalls and hardhats, and another often in polyester pyjamas of pastel shades.

It’s time to talk about the latter. They are the caregivers and cleaners, home nurses and cooks, and their invisibility and isolation may prove to be particularly dangerous in the current circumstances of the Covid19 pandemic. The dictum by governments around the world is to ‘stay home’. What when staying home is your biggest threat?

Let’s deconstruct the multiple ways in which a domestic worker in the Gulf is going to be amongst the hardest hit.

In the best of times they are overworked – upwards of 65 hours a week; underpaid – between USD150 and 400 a month, sometimes unpaid; often without a weekly off; and no freedom to leave their workplace and spend their free time as they please. The worst off amongst them do not even get to communicate with their families regularly as they are not in possession of their phones.

This is particularly true for women, who make up the vast majority of domestic workers in the GCC (except in Saudi Arabia), and are subject to not only the perils of their job but also to the patriarchal norms of both the societies they come from and the ones they work in. 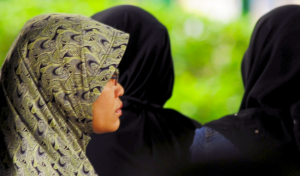 Now take all of that, and add a good measure of Covid19-induced restrictions and entire households in the throes of cabin fever. Domestic violence has been on the rise across the world, and live-in workers particularly are at an increased risk. Every sensible advice given to stop the spread of the viral infection is counter-productive for domestic workers. Stay home, disinfect regularly, maintain social distance. When the majority of corporations announce work-from-home directives, and creches and schools close, the load for the worker at home increases exponentially. As entire families stay home to work or study online, the domestic worker is practically on call 24/7.

Every decision taken in the wider economy, by governments and businesses, will have a macro effect within the household. When jobs are lost or pay is reduced – as they already have across the region – there is a risk of that burden being passed on to workers at home.

Of the six GCC states, four have a domestic workers’ law (Qatar, UAE, Kuwait, Saudi Arabia), Bahrain includes domestic workers in a couple of provisions of the labour law. Oman does not have any labour code for the sector. The domestic workers’ laws, where they exist, are quite rudimentary, speaking in broad terms about off days and timely salaries.

More so, none of these countries has meaningfully addressed the specific vulnerability of domestic workers in their economic response to Covid19, including the financial handouts.

Governments should also recognise that there is a large community of ‘freelance’ workers. They may be workers who have escaped abusive employers and now work irregularly in multiple homes to make a living or those who have an informal understanding with their sponsor to work in other homes. This group is especially vulnerable during this period, as most have lost their jobs and are and struggling to get sustenance.

The invisibility of domestic work and isolation of domestic workers means there has to be a multi-pronged approach to ensuring their rights are not violated. This is where businesses can play a role.

Why should businesses be concerned about what happens within the private sphere of the households of their staff? It isn’t the company’s responsibility after all. Except, it could be. We don’t live in silos where our actions can be neatly contained without affecting those around us. As corporations expand into nascent democracies or countries whose legal framework doesn’t fully meet international human right standards, it is critical that their policies take cognisance of the gaps.

The UN Guiding Principles on Business and Human Rights (UNGP) clearly states that the responsibility to respect human rights requires that they “seek to prevent or mitigate adverse human rights impacts that are directly linked to their operations, products or services by their business relationships, even if they have not contributed to those impacts.” [13(b)]

What Governments Must Do

There is a major dependency on domestic workers in these countries, amongst nationals and high-income, white-collar migrants. The tax-free environment comes with some strings attached, of course. If one is working in these countries and living with their family, they will have to fend for themselves when it comes to childcare and elderly care services, as these investments in public welfare do not exist. Instead, the migration management of that labour is outsourced to individuals under the Kafala system, at almost negligible costs. Yes, the recruitment fee is anywhere between USD2000 and 5000, but the monthly salary is quite low, and when you add it all up, it’s still a drop in the high incomes Gulf countries offer – what your company offers its staff.

Even so, employing a domestic worker is not a right, it is a privilege. The decision to hire a live-in worker especially should be taken after giving due consideration to the means of recruitment, the costs involved, the loss of privacy in one's home, and if the family as a whole is ready to make such a commitment, without infringing on the rights of another individual.

All of this applies at the best of times. In the context of the region and the current crisis, in particular, what can businesses do? According to UNGP, businesses must also express their commitment through their policy that “Stipulates the enterprise’s human rights expectations of personnel [...] other parties directly linked to its operations, products or services.” [16(c)]

It is true that companies do not have any legal obligations to international human rights laws. But it can impose some ground rules within its sphere of influence, and leverage its power to a greater good. How would that look in practice?

As a first step, it should be communicated internally what is expected of its employees and the accountability mechanisms that will be in place when they abuse or fail to respect the human rights of those in their employment.

Cleaning companies that provide ad hoc hourly services are no longer allowed to operate. Workers from this sector, who have been victims of exploitation even before the crisis, are in a precarious position now with no jobs. These companies (except in the case of Tadbeer centres in UAE and WISA in Qatar) work in a grey area – some of their workers are on a cleaning visa, covered by the labour law and others are under domestic workers visa. The latter, legally, should be employed only by individual households, and the former should only be working in establishments and not within households.  Efforts need to be taken to re-deploy them to other jobs or allow them to look for other employers. Regardless, it should be impressed upon these companies that they are still responsible for the staff’s accommodation and food.

This might all seem a lot for companies to undertake at this point, or beyond their scope of operations. However, John Ruggie, the former UN Special Representative on business and human rights who laid the foundation for UNGP, believed that persuasion and socialisation, along with a proliferation of global norms, would lead to internalisation of these human rights standards. By paying attention to this sector of workers through its internal policies, businesses would do just that.

Until a time where domestic workers fall fully under the gamut of labour laws, are allowed freedom of association and collective bargaining, and have access to effective complaint mechanisms, the undesirable reality is that stakeholders connected directly or indirectly have to play their part and extend their reach.

An area of focus for Migrant-Rights.org is the responsibility of businesses in both domestic work and facilities management sectors. For more information on this, visit our project's portal.