At least a thousand employees of the security giant G4S, a British multinational company, are relying on community donations for food and basic necessities in the UAE. Half of these employees are women. Most of the workers were either terminated or had their contracts suspended in March. They have received no salary since March, and while they remain in company accommodation as required by law, no other amenities, including soap, are provided, and they have not received any food support. Some workers’ requests for food aid were repeatedly denied.

“Even during Ramadan, no food was provided for our Muslim colleagues for their Iftar,” a worker from The Philippines said.

The workers – primarily from the Philippines, Sri Lanka, Egypt, India, and Pakistan – have had to scramble for relief from charities that are already stretched thin by the crisis.

According to the Dubai-based Al Tamimi Law firm, ‘The original employers’ obligations towards outgoing employees are limited to continuing the payment of employees’ housing and all their entitlements [save for their basic wages] until the individual leaves the UAE or they obtain the necessary authorisation to work for another establishment.

While companies are not legally required to provide food to their workers, the humanitarian dimension of the situation should carry weight. G4S is a MOHRE Category A employer, and their 2019 revenue stood at GBP7.7 billion, but it registered a GBP91 million loss following the value write-off of its cash handling business. The Norwegian sovereign wealth fund had blacklisted G4S last year, because of the risk of human rights violations in Qatar and UAE. 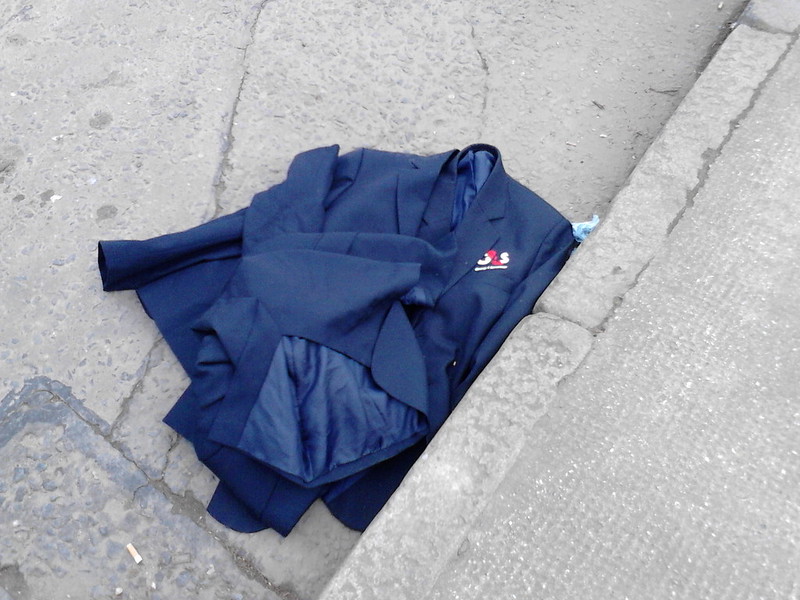 Contractually, the company had not previously provided food or a food allowance to its employees, who could budget for food from their salaries which had ranged between AED 1200 and 2200, depending on the project and expertise. But now, with no income, many have come close to exhausting their end-of-service benefits, a sum usually saved for retirement.

A Pakistani worker who has now returned home told Migrant-Rights.org, “We spent our whole savings [on food].”

Among those terminated include hundreds who worked at Dubai Airports (including Al Maktoum airport in Jebel Ali) in customer service, such as trolly porters. Since their qualifications make it difficult to stay back and look for another job, many are going back home instead as airports around the world re-open.

At least 500 female workers working on different projects faced the same situation. Prior to the lockdown, they were to be transferred to other security companies but instead, they were put out of work and their visas were cancelled.  “Although it's understandable since flights were not available before, it was very hard for us since we are not getting salary anymore,” a Filipina worker, who is now looking for another job, told MR.

Workers whose visas have been cancelled are now being repatriated at the cost of the company. Some have already made it home. But hundreds remain in Dubai and Ajman, and still struggle for regular access to food. Workers from various nationalities have banded together to support one another and share resources.

However, a spokesperson for G4S told Migrant-rights.org, “We have been proactively providing free accommodation, soap and hand sanitiser, and more than 40,000 meals in the past two months. We are also in the process of repatriating more than 900 people, regardless of cost. More than 450 people have returned to their country of origin so far, and a further 460 will return home in coming weeks.”

But employees MR is in touch with maintain that things have only gotten worse over the weekend. They were transferred to different accommodations in Dubai and Ajman as the contract for the existing premises has expired; workers in one of the Dubai accommodations say they are not allowed to use the kitchen to cook or store food, increasing their expenses even more. making the cost of food even more exorbitant. “I calculated for the month, if eat 3 times a day, it will cost almost AED1000 here,” a Filipino worker, who had recently been relocated to the new accommodation, said.

Meanwhile, those in Ajman complain that the airconditioning has not been working for several days. Though the company has said it will attend to the issue, several workers have opted to crowd into rooms with a functional air conditioner, as temperatures regularly reach 45 C in the Emirates.

Under Resolution No. 279 of 2020, which establishes guidelines for business responses to Covid-19,  companies may terminate workers or renegotiate their contracts. Termination is permitted if it is the only viable option for the business.

It’s unclear if the suspension of workers contracts violates these regulations, as a temporary or permanent reduction in working hours and salary requires advance written consent from the employee. According to a spokesperson for the company,  “G4S has agreed with some employees to grant paid leave and/or unpaid leave to employees where there is no work for them to undertake."